Distilled wisdom from ten years–worth of driving around the Continent.

Driving in Europe is daring, maybe, but not dangerous.

When we asked, neither the UK Department for Transport nor the European Commission bothered to keep figures for the number of British drivers involved in accidents abroad.

Recently it emerged that foreign vehicles are involved in just four percent of fatal accidents in France.

Despite that, the big issue for Brits is still driving on the other side of the road.

The rule is, ‘Always put Yourself in the Gutter’.

It means the driver should always be next to the edge of the road (this does not work for left hand drive hire cars).

The received wisdom says you are most likely to make a mistake after a quick stop, to refuel, after lunch, or to check out a view. We endorse that 100%.

Also, be extra careful when walking around.

Post disembarkation tip: the slow lane on a motorway is on the right hand side.

Plan the route before you book the boat because: the chances are – wherever you live and wherever you are going – it will be cheaper and quicker by the Dover-Calais ferry or Eurotunnel.

Longer routes make sense overnight when cabin prices compare well to hotels, especially for families. The sailings tend to be rock-solid reliable, especially in summer, and the ports quieter. The restaurants are normally very good too.

The saying ‘the earlier you book the cheaper the fare’ is tedious but true.

Spontaneity is punished with swingeing fares. Those turning up at the port should expect to pay around £110 for a Dover-Calais ferry and £160 at Eurotunnel (2014 prices).

Always, check whether your operator allows earlier or later crossings without extra charge.

Finally, don’t be afraid to mix and match – go out one way and come back another. 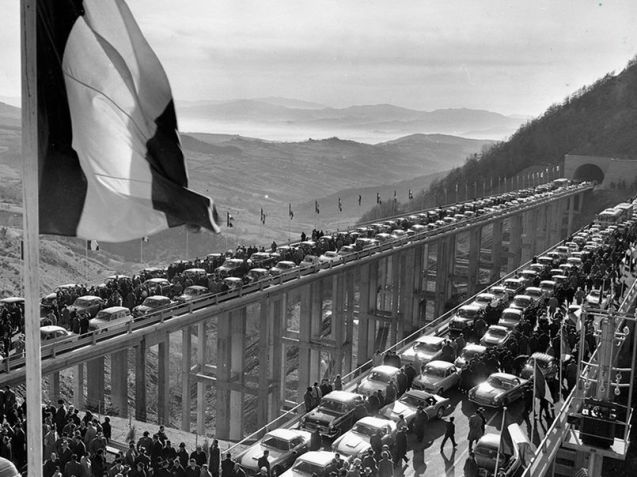 Rules of the Road

No two ways about it, the European Commission’s Going Abroad app is really handy. It lists all the major rules for every EU country – like speed limits, and the kit you need – and it’s free.

Best of all it doesn’t need an internet connection out on the road.

If anything goes wrong you can legitimately blame the EU.

Otherwise check the AA or RAC advice, or – best of all, we think – the EU police federation TISPOL pages, written by local police, in English.

Priority from the Right: the received wisdom says this rule is dying out but it isn’t. It is still widely used across the Continent (except Spain and Portugal). It means traffic approaching from a side road may expect you to give way.

Roundabouts: Brits worry about driving the wrong way around roundabouts but it’s rarely, if ever, a problem because the road feeds vehicles in the right direction.

Disposable breathalysers: despite being a legal requirement in France the fine for not having them has been suspended. Still, the lack of them could be an aggravating factor if stopped for another reason. Check the expiry date.

Variable Speed Limits: limits are lowered in Finland during the winter and also in France – to 110kmh – in the rain. The definition of rain is imprecise. We would suggest when the windscreen wipers are in use.

Late merging: with lane closures in Germany, Austria and now Belgium drivers are not expected to merge with the free flowing lane until the point where the lane closes.

Emergency lanes (‘Rettungsgasse’): in standstill or slow moving traffic on multi-lane roads, drivers in the fast lane in Germany, Austria, Czech Republic and Hungary should leave a gap to the next lane for emergency vehicles.

Daytime Running Lights: adopted by an increasing number of countries, most recently Switzerland. As with everything else, watch what the locals do.

Two warning triangles for Spain, a spare pair of spectacles (and headlight bulbs) plus a hi-viz vest for every occupant. Each country has different requirements, see Rules of the road above.

For peace of mind, we suggest buying the circa. £35 zip-up kit bag from the terminal before crossing the Channel.

Important: keep kit inside the car within reach of the driver’s seat. 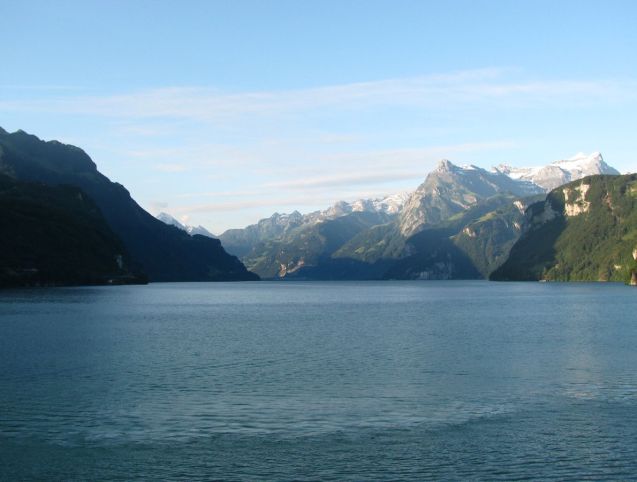 Hotels: if you must book ahead – sigh – note the latest time you can cancel without penalty. Most places require 24 hour’s notice but increasingly you can cancel up to 18:00 on the day of arrival. Stumbling across a great place to stay is fantastic; being unable to take advantage because you’re tied elsewhere is not. Photo: the Seehotel Waldstatterhof near the Gotthard Tunnel, Switzerland, with a view which inspired Rossini’s Sunrise over the Alps, from the William Tell Overture.

The rule is, the further north you go the more expensive the fuel (the exceptions being Italy and Turkey).

Luxembourg and Andorra are the cheapest in Western Europe with Austria not far behind.

Check out average or indicative fuel prices, updated daily for every European country, at Fuel-Prices-Europe.info.

For France, for current fuel prices see Prix Carburants (and be prepared for your credit/debit card not to work at unmanned filling stations).

The phrase ‘fuel is cheaper away from motorways and other high frequency routes’ is also tediously true.

As a rule of thumb, expect to pay 7c per km in France and Italy, slightly less in Spain and Portugal.

Estimate tolls in France at Autoroutes.fr or ViaMichelin for other countries.

Save time, if not money, in France with the Sanef Liber-t tag to pass through the reserved lanes without stopping.

Motorway drivers in Switzerland and Austria need a windscreen ‘vignette’ sticker, available at the border or from petrol stations nearby.

The roads in Belgium, the Netherlands, Luxembourg and Germany are free to use except for some bridges and tunnels. Germany introduces a vignette next year.

The Continent is peppered with Congestion and/or Low Emission Zones (LEZ) where vehicles are barred, either at certain times of the day or permanently, or can enter only when paying a fee and/or registering.

Currently most of them only apply to trucks and buses but in Germany (Umweltzones) they apply to all four-wheeled vehicles and in Italy (Zona Traffico Limitato, ZTL) sometimes to all vehicles.

In Italy and Germany the rule is: the more historic a place the less likely you can drive freely in the centre.

The congestion zones in Stockholm and Gothenburg now apply to foreign vehicles.

Across Europe, exclusion zones are marked with red circle on white background signs.

UrbanAccessRegulations.eu rounds up the various requirements.

The days of headlight stickers are numbered. Cars with xenon or LED lights will almost certainly switch for driving on the other side of the road. Other cars do it too, notably Citroens. It’s worth checking the manual to see if yours does. Also, digital speedos will switch to read in kilometers per hour. Registration plates with the EU flag on the border mean the car does not need a GB sticker.

If you wouldn’t get a full service before driving from London to the Highlands then don’t bother before setting off for the South of France. It’s more or less the same distance.

That’s not just for safety seasons – don’t even think about high speed autobahn runs without checking the tyres – but for optimum fuel economy. Michelin says 15psi under costs 6% more fuel. On a long trip that mounts up.

See more on Winter Tyre requirements around the Continent.

It’s a good idea to take the MOT certificate too to prove roadworthiness, especially on a banger rally.

By law UK car insurance extends to all EU countries, plus Switzerland, Norway, etc, but only to the legal minimum.

Check if your policy includes fully comprehensive European cover. We recently paid £25 to bump ours up, for two weeks, on a Range Rover Evoque.

Even if you have a fully comprehensive EU policy, some insurers want to know you are going; others demand notice.

M25 Dartford Crossing: the now free-flowing, number plate recognition-based DartCharge has to be paid by midnight the next day, by phone or over the internet. It’s easy to forget when travelling. Consider DartSave who guarantee no fines, for free, see more.

What have we forgotten? Let us know in the comments below.

4 thoughts on “Getting Started”