The great British climate has done it again. Our weather presents us with a succession of tricky decisions on a daily basis, from dithering about what to wear to wondering if it’s worth risking a barbeque.

The latest quandary, after a run of difficult winters, is whether to invest in a set of winter tyres. All the motoring magazines are full of articles about the whys and wherefores.

Winter tyres are designed to work best below 7°C. Made of a softer compound rubber, with a more intricate tread pattern, they improve grip at low temperatures. Nobody doubts that they work as countless tests have demonstrated. Buying a set guarantees surefooted driving between October and March.

A consensus is beginning to emerge. From making up 3% of the tyre market in 2011, so far this year Michelin reports an 82% rise in winter tyre sales. Increasingly, drivers are deciding to swallow the upfront investment, benefit from the peace of mind and recover the money steadily over a couple of seasons.

You might think driving regularly on the Continent – especially if that includes a trip to the ski slopes – tips the balance further. Last week’s news that winter tyres are now compulsory in Luxembourg is a good case in point. Look behind the headlines though and it’s not so black and white.

Exactly like Germany, in Luxembourg winter tyres are only compulsory in snowy and icy conditions. Otherwise, whatever the temperature or time of year, summer tyres are still legal.

Intriguingly though, even in snow and ice, All-weather tyres (marked with a combination of M and S, for mud and snow) are also perfectly acceptable. Could these be the answer? 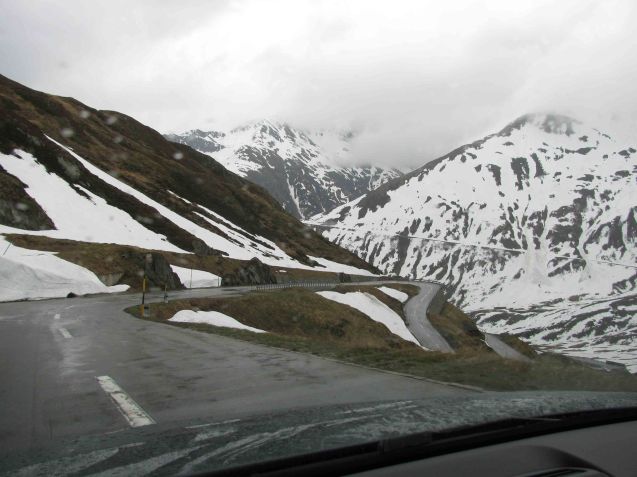 Despite what you might expect, even in a country where weather-wise virtually anything is possible, in the UK most cars are supplied with summer tyres. The reason is cost. All-weather tyres can be up to 20% more expensive, and their greater rolling resistance increases fuel consumption (but not dramatically; it’s also a misconception apparently that all-weather tyres wear quicker than their summer equivalents.)

Overall Which Tyres? blog says ‘Many tyre manufacturers and independent testers believe that all seasons are particularly suited to UK conditions.’

There are extra costs associated with winter tyres too. Storage of summer tyres can be an issue (BMW charge £30). Buying another set of wheels to go with your winter tyres bumps up the cost considerably, particularly if you want to replicate your fancy standard alloys (Car magazine spent £4k on direct equivalents for its Porsche Panamera). Some ‘tyre hotels’ won’t store wheels (Kwik-fit for instance). Either way it costs time and money to swap tyres over. (What winter tyres won’t cost you is an extra insurance premium – see here – though your insurance company might need to know if you fit them.)

After mulling this issue for a while we think All-weather tyres could be the solution for us. What will you do?