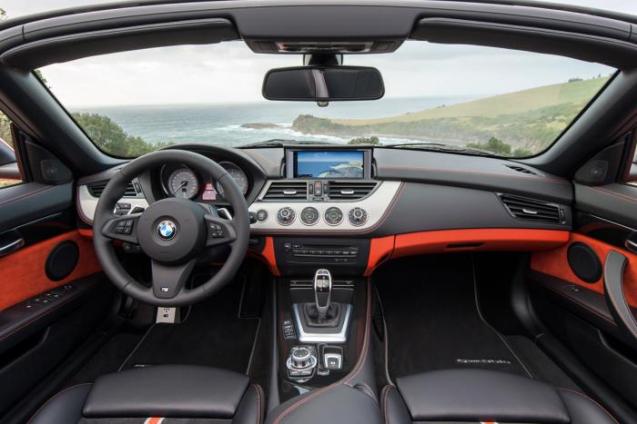 BMW has updated its Z4 two seater for 2013, including a new entry level 154bhp two litre engine, and snazzy new LED headlights. No word on prices yet, the range currently starts at £29,485. Deliveries start in April.

Remarkable Evoque residuals: Autoexpress says its long term Land Rover Evoque, which cost £40,495 in March 2012, is now worth £39,500 as a trade-in. This means the Evoque is effectively appreciating, still, fifteen months after launch. On a similar subject – with reference to our piece on the Tesla Model S last week – research in America says electric car residuals are not as bad as feared. Taking into account the government incentive may even put them ahead of their conventionally powered rivals.

Did you know there was a Lotus Driving Academy at the Hungaroring near Budapest, Hungary? Hmmm. Despite its recent troubles Lotus has completed refurbishments on its famous Hethel racetrack in Norfolk, where it will also host driver training.

Great article on pistonheads.com about the 158,000 often continental miles a reader has done in his 1990 Porsche 911 Carrera 4 Cabriolet. The car enthusiast website will again partner driving tour operator Petrolhead Nirvana next year, with three trips so far, in Europe and America. For the nervous, rest assured they will ‘take care of everything’ and there is ‘a lead and a chase car with full communication to all drivers in the group’. Prices start at £1,599 per person (plus tolls & fuel).

A proposal to water down noise regulations for sportscars was narrowly voted down in the European Parliament this week. The proposal had already come under fire after it emerged it was written by a Porsche engineer. Sportscars will have a higher noise limit than regular cars when the proposals come into force (TBA). See the Commission’s proposal here.

Ahead of driving in Switzerland take this short on-line test on road regulations put together by the Swiss Touring Club (in English). The graphics are a bit 80’s but we found it useful – it tests things like Priority from the Right. Recommended.