You can’t get much more romantic than the River Seine, Paris and Champagne. All three are within easy reach of England in three days and 380 miles on finest French soil. With the river to guide you, the last thing to worry about is finding the way.

Portsmouth – Le Havre
Bless her, but LD Lines’ Norman Voyager is not built for romance, and neither is the English Channel in February. You might be clinging to each other out of necessity rather than passion. Either way the voyage will bring you closer together.

Dinner is in the forward facing (self service) restaurant. Departing at 11pm means you won’t need the day off work.

The fare of £188.50 for two on Thursday 14 February is not pennies but that covers the crossing and a night’s accommodation, in an outside cabin. An inside cabin is £144.50. Those in long term relationships might get away with reclining seats for £79.50. You might be able to upgrade on board if you change your mind. 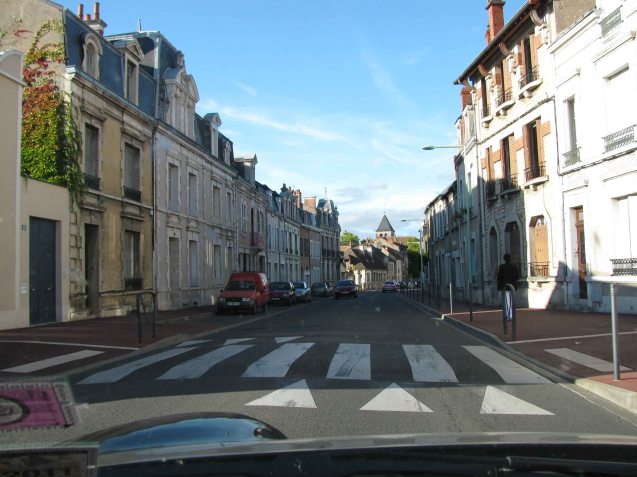 But an 8am start means you have time to trace the lavish twists and turns of the Seine – which meets the sea at Le Havre – as it meanders its way towards the City of Light.

There are lots of pretty towns and villages on the way, including the mediaeval fortress at Les Andelys, or Giverney for Monet’s house, garden and museum. For a blow by blow account of the Seine Valley see here. You can dawdle and make up time on the motorway which shadows the route.

Going this way means it’s impossible to go wrong, so no vicious slanging matches over the map. Just follow the river. Eventually you’ll find yourself in the centre of Paris.

A very small part of the Palace of Versailles

Versailles
You have to do a little navigating to reach Versailles; it’s on the south west outskirts of Paris while you approach from the north west. But the river comes within five miles of Versaille’s elaborate gates and is very well signposted, as is parking as you get closer.

The beauty of driving to Versailles – as opposed to a whole-day trip from the city – is that you can take in as much or little as you want. For a powerful impression of Versailles’ spectacular immensity walk around the gardens, for free. It costs €6 to park the car.

For the whole hog – you could be here by 10am – there’s a two-fer low season offer which means two people get access to everything for €18, a saving of over 50%. Just be aware that Versailles is closed on Mondays.

Breakfast at the Terrass Hotel, Montmartre

Paris
Instead of trying to do the entire city in a limited time, why not get to know just a small part?

The 18th Arrondissement, just over a mile due north of the city centre – turn left at Pont Neuf – is home to Montmartre, the Sacre Coeur and the world’s biggest and best flea market – the Marche aux Puces de Saint-Ouen.

Popular with students and creatives, money goes quite far in the 18th. There are lots of good value places to stay while being in a hilly part of the city means there’s always the chance of a great view. We’re very tempted by the Terrass Hotel with its breakfast room views of the Eiffel Tower. If you want that view from your room it costs €231 B&B on 14 February… Secure parking is nearby at €19 per day.

The countryside around Epernay in the Champagne region.

Rheims/ Epernay
The problem with short trips is that no sooner have you started then it’s time to go home. The key is to have something to look forward to on the last day. A stop at a famous champagne house would be a fine finishing touch.

Rheims (Reims), epicentre of the Champagne region, is just ninety miles due east of Paris. That’s a couple of hours motoring, perfect for a lunch stop (€10.20 toll).

Tourists are very well catered for. The tourist office has a ready to roll route if you want to take in all three of the Champagne regions, and is great way to get access to the lesser known houses.

Twenty miles south west of Reims is Epernay, home of Moët & Chandon, one of the few major houses to offer tours of their cellars. Moët’s visitor facilities re-opened in late January after a major overhaul (open at the weekends from 23 March). A guided tour, including a glass of champagne, is €16.50 each. Beware of French drink driving laws, one glass is the absolute maximum for a driver.

Homeward Bound
Hopefully it’s not with a heavy heart that you turn for home. It’s been an action packed couple of days. Allow yourself a wry smile as you take to the A26 back to the Channel, it’s a fabulous road.

The scenery isn’t amazing but the A26 is new, smooth, wide, quiet and, with long flowing curves, fast too. It entirely possible to cover the 170 miles back to Calais in two and a half hours. With a national limit of 81mph (130kph, unless it’s raining when it’s 110kph) you can afford to cruise at around 85mph without worrying about the law. The toll’s a bit steep though at €21.30.

To arrive back before in the UK before you left France, thanks to the time difference, take Eurotunnel. The 18:00 train on Sunday 17 February is £82. If you fancy more of a breather before tackling the final leg, P&O or DFDS will get you back at around the same time for as little as £37. 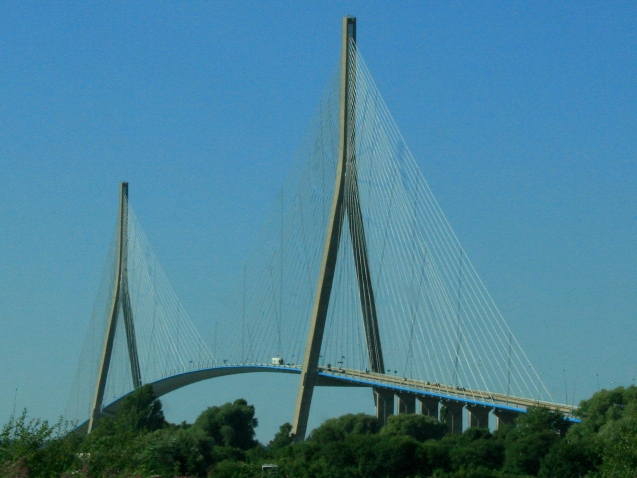 Guide Costs
On an absolutely no holds barred spend fest you can do this trip for under £1000 – woo! – but you could have a memorable time for half that, all in.

For instance, the return trip on LD Lines’ Le Havre-Portsmouth costs little more than sailing one way. The boat back leaves late afternoon, arriving in the UK in the evening so you don’t need a cabin. Driving back along the Seine Valley saves 140 miles, and if you drive on the other side of the river virtually your last act on French soil will be crossing the awesome Pont de Normandie bridge (toll €5.30) into Le Havre.

The Paris hotel bill is ripe for culling but don’t forget that great views make for unforgettable experiences, and expensive hotel rooms mean you naturally want to make the most of them.