Our weekly round up of driving in Europe news: Congestion charges for foreign motorists in Gothenburg next year… winter tyre law test in Luxembourg… new speed restrictions on the Paris Périphérique… and continuing tensions between Spain and Gibraltar. 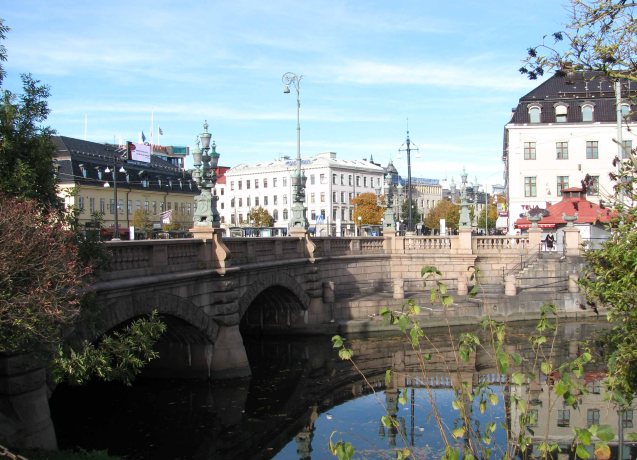 SWEDEN
As predicted, Gothenburg will levy its new Congestion Charge on foreign vehicles next year.
Newspaper Göteborgs-Posten quoted Sweden’s minister for infrastructure saying, ‘There is now an agreement at an EU level about the access to national vehicle registers, which makes it possible to charge foreign vehicle owners.’
This is the Prüm Treaty which the UK has so far failed to implement. Gothenburg authorities will also now be able to make changes to the zone’s boundaries, while the late payment charge has also been reduced.
The news comes a few days after 1,000 people turned out to call for a referendum on the congestion zone, introduced 1 January 2013, supported by the Motormännens Riksförbund, the Swedish AA. A similar referendum after the congestion zone was introduced in Stockholm in 2006 passed.

In other Sweden news, a drunk driver was let off after judges agreed his habitual drinking – before, during and after work – gave him a higher tolerance of alcohol than other motorists… Police investigating the pile up on the E4 near Helsingborg in January – the worst accident in the country’s history – say it may have been caused by two stationary cars. Early theories suggested a relaxation of winter tyre laws from 1 January 2013 – whereby winter tyres were only mandatory in snowy conditions, and even then only on the driven axle – seem to have been discounted… Finally, Swedish police are pushing for roadside narcotics testing equipment as currently used in Denmark, Belgium and Finland. Action is expected later this year. Officers currently measure pupil dilation with a (specialist) ruler.

On the way into Luxembourg from Belgium, looking forward to the cheap fuel, May 2012

LUXEMBOURG
This week’s heavy snow fall was the first test for new winter tyre laws in Luxembourg.
The tiny central European country, popular with transit drivers because of its cheap fuel – 112.18ppl petrol and 102.74ppl diesel average in January according to the AA – made winter tyres compulsory in snow and ice in mid-December 2012.
Some stranded buses initially came under suspicion until authorities revealed they were fitted with (fully legal) all-weather (mud and snow, M+S) tyres.
Police have also announced a crack down on motoring offences throughout the five week Carnival period from 7 February, particularly speeding and drink driving.

Approaching Paris, and the Périphérique, in September 2011.

FRANCE
The speed limit on the Paris Périphérique ring road is set to fall to 70kph (43mph) ‘before the summer’ while the most heavily polluting vehicles could be banned from town centres at peak periods.
The plans were revealed by the Ecology Ministry this week as the European Commission gets serious about countries contravening EU air quality standards. Many countries, including Germany, Italy and Spain, are also at odds with the Commission over the issue – but not the UK.
The French may police the town centre bans with a windscreen sticker, final plans to be announced by the end of 2013. Be prepared for similar initiatives all over Europe soon.

GIBRALTAR
Tension between Gibraltar and Spain has moved off shore after a Spanish warship was challenged by a British navy vessel on Tuesday.
So far there has been no repeat of the border chaos at the end of last year when Spanish guards insisted on inspecting every car crossing in and out of the British overseas territory.
The incidents have been the subject of numerous official protests to the Spanish government and were even brought up in the European Parliament after a German family queued at the border for eight hours.
Webcams were set up on the border in December by a campaign group, see here.

Finally, a campaign for a 30kph (18.5mph) speed limit in urban areas across the continent is struggling to attract its target of one million signatures. Just 12,168 have signed so far.

One thought on “Driving digest: Sweden, Luxembourg, France and Gibraltar”