A major part of Greece’s national motorway network will be up and running in two years but international connections are still lacking.

For what happened when we took our car to Greece see here. 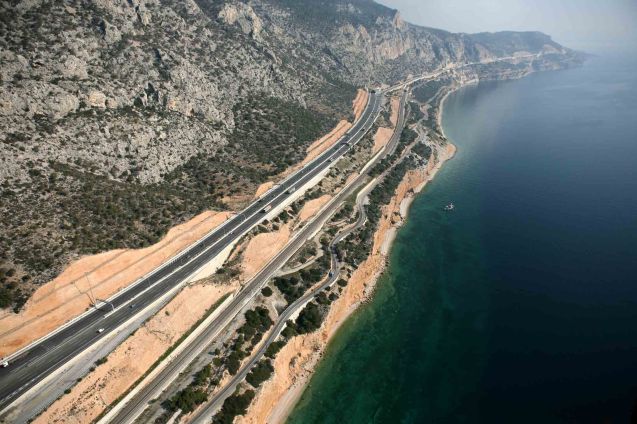 A complete section of the Aegean motorway between Thessaloniki and Lamia

Motorway construction in Greece will restart next month two years after being suspended.

Up to 25,000 people will be employed on four projects with completion expected at the end of 2015. The banks financing construction pulled the plug in 2010 at the height of the financial crisis.

We look forward to checking out these fancy new roads.

The work includes an upgrade to the existing Aegean Motorway from Thessaloniki in the north to the central city of Lamia. From there, drivers will speed to Athens on the similarly upgraded Ionian Motorway.

Lamia will also be connected across central Greece with the existing road between the important port Igoumenitsa on the west coast and Thessaloniki.

Probably the most important route is Olympia Odos, connecting the major port of Patras in the west coast with Athens via Corinth. 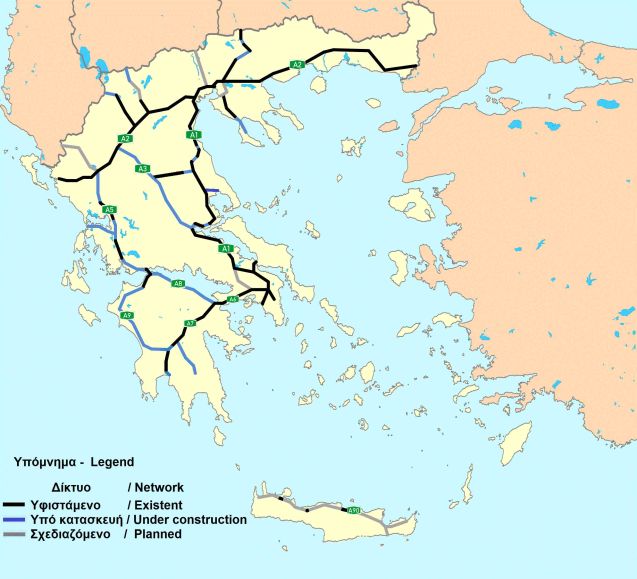 The construction project includes upgrades to the A1 in two sections, from Thessalonica in the north to Lamia and from there to Athens (the Aegean and Ionian motorways). Also, the A8 between Patras and Corinth and A3 between Lamia and the Igoumenitsa-Thessalonica A2.

All four routes will be tolled. To grease the wheels, the government will pay the four construction companies €350m compensation for previous delays over environment and planning issues. The plans still need final confirmation from the Greek Parliament and the European Commission.

Though the upgraded network will provide up-to-date connections between the important cities in Greece, international connections are still limited. Sections of the road north from Thessaloniki to the Bulgarian border (part of Via Carpathia) remain incomplete.

Meanwhile, Greek funding for the southernmost section of the mostly-complete Corridor 10 in Serbia is in doubt. Corridor 10 will connect Thessaloniki to Belgrade (and Athens to Munich) via the Former Yugoslavian Republic of Macedonia.

2 thoughts on “Roads restart gets Greek economy back on track”