One of the best roads in the world today, the SS65 between Bologna and Florence featuring Passo della Raticosa and Passo della Futa.

09:45 Lugano: Never go back? We don’t fully subscribe to that. Drive around for long enough and you come back through some great places (like Trieste, Perpignan and Innsbruck).

This is our third time in Lugano because it’s near the Italian border and beside a mountain-ringed lake.

This is the second time we’ve stayed at the Continental and the last. It’s been closed for a few years and reopened recently in high B&Q style. Still, at £160 B&B it’s probably the cheapest place to stay in Lugano for how close it is to the water (see yesterday for the view). A lovely old building, just the wrong side of the tracks.. What a difference real wood floors and proper curtains would make. Our bathroom is good.

At least the car got somewhere nice to stay.

Straight onto the A2 from the town centre and an easy run down to the Italian border. We’re heading direct to Milan then southeast to Bologna, 183 miles.

The queue starts before Chiasso. 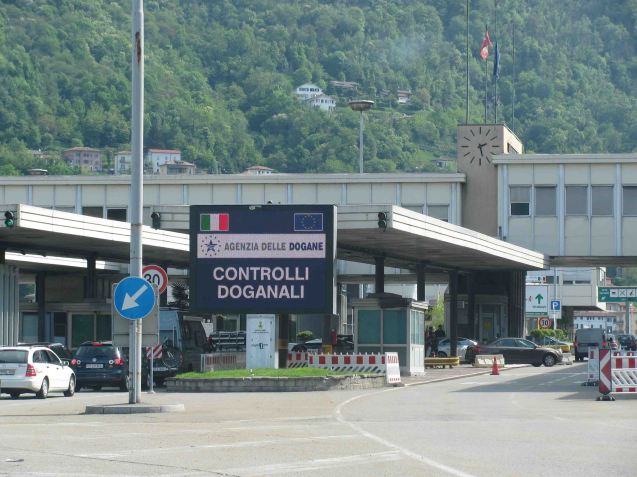 Authorities can’t do anything ‘resembling’ identity checks in the Schengen Area but there’s nothing to stop them having cars pass slowly under watchful eyes. Perhaps wouldn’t have taken much notice but the last time we came to Italy (last year) there was a manned border point too.

Even Ferrari passengers have to scrabble for change. The Italian philosophy on tolls seems to be little and often. We lose count of all the €2.40s we hand over and there are no receipts. Click for official Italy tolls info.

14:30 Bologna. Including a fuel stop, border queue (and supermarket shop) we’re only a bit behind schedule. No driving through the epicentre of Bologna since they have an LTZ limited traffic zone (official link) and the police can track you down in the UK. Anybody can use the ring road round the old town though. Via San Mamolo (top right) heads due south. There’s one more junction before the SS65 Futa road (bottom left). 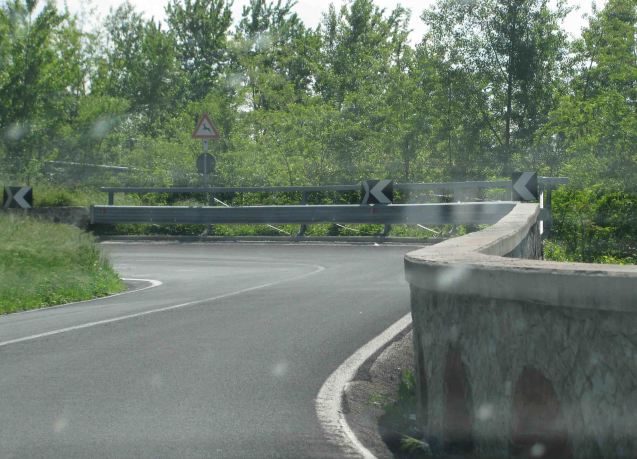 The action starts as soon as the last houses peter out. Did we mention it goes on like this for over forty miles? 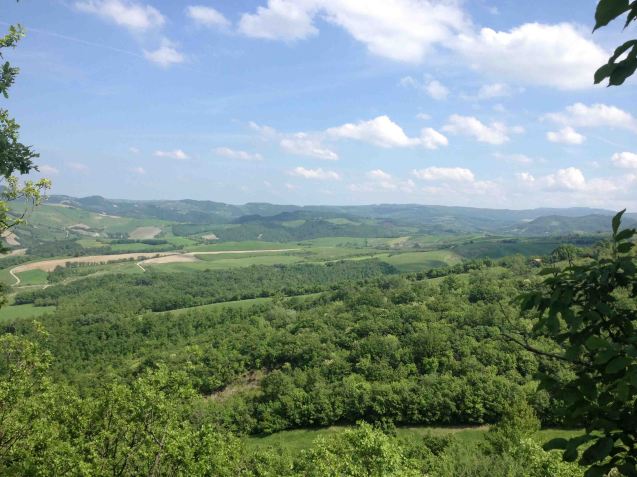 We stop for a breather in a big layby outside the first village, Livergnano. 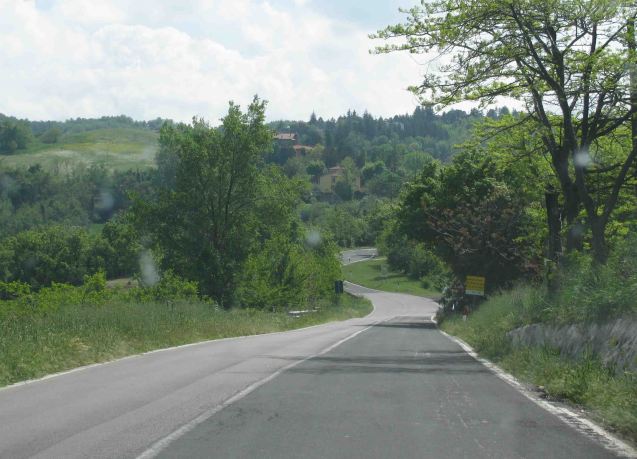 ..apart from this just over the brow.

The surface is pretty good. No real potholes and the patches are smooth.

A few towns along the way. Not sure how they feel about loons screaming around where they live. Early on there are cyclists and walkers on the road too. We ostentatiously slow down when we see anybody.

This is an old road, the original route between Bologna and Florence. Famously used on the Mille Milgia road race but in the opposite direction. Legend has it Ducati and Lamborghini test all their latest machines here. 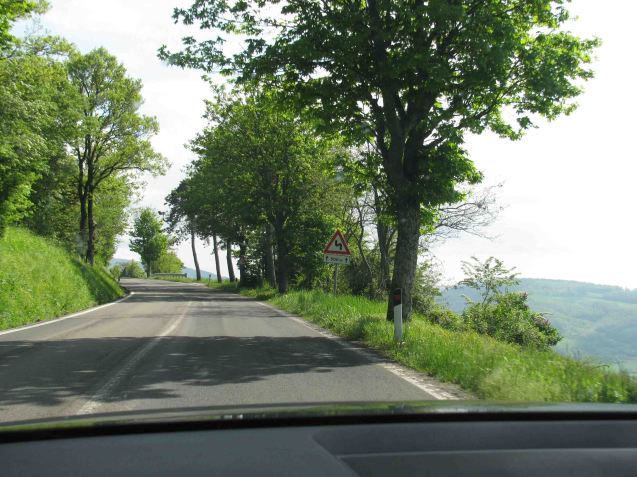 We actually found this bit quite boring.

But not this bit. It’s a jump.

You wanted to know precisely where it is.

It’s easy to go a bit mad. For a few minutes I do go mad, but so does the bloke behind me (Kia estate) and the one in front (Q7). Otherwise traffic is not an issue on this Wednesday afternoon in early May.

Bursts of scenery distract from the road resurface: this is as bad as it gets. 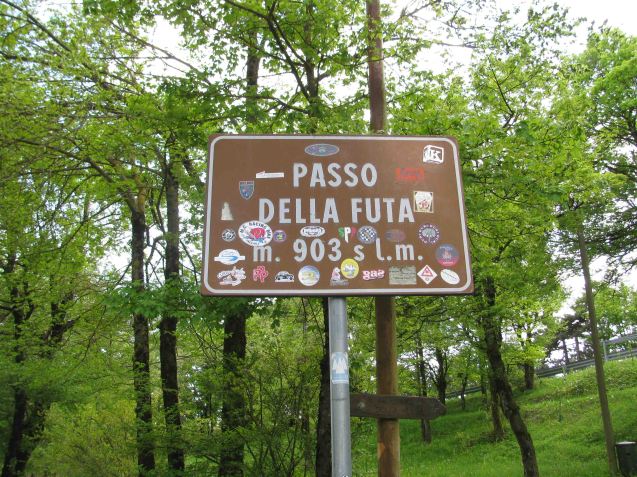 Plenty of places to make your mark on the Passo della Futa.

Then Bang, it’s over. Almost.

You know how we said it was all over?

One thought on “Lugano-Arezzo P1”