Twice as many signatures as needed were collected in the campaign against the proposed 250% hike in the cost of Switzerland’s motorway vignette. 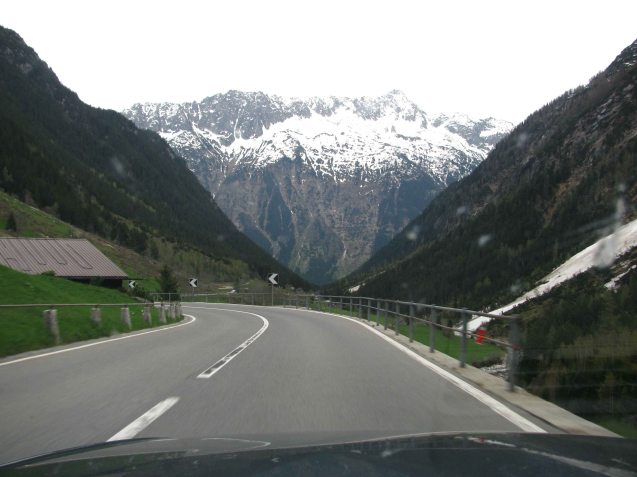 The Gotthard Pass. Why pay to drive on Switzerland’s motorways when the back roads are so pretty?

Under Swiss ‘direct democracy’ rules, parliamentary decisions can be put to a national referendum if 50,000 citizens sign a petition against the measure within 100 days.

The campaign against the motorway vignette increase collected 105,000 signatures even before the closing date (with another 20,000 on the books). That’s a record response. The organisers call it ‘a clear signal’.

Support is also widespread across the country, important when a ‘double majority’ of both districts and voters is need to overturn laws.

The referendum was granted yesterday. The vote will be held on 24 November.

Campaigners have four main objections: that the increase is too big; that motorists already pay enough in tax; concerns about the cost on small business; and finally, they resent that the plan included a 40CHF two-month vignette for foreign registered cars.

Against all this is the fact that the vignette has not increased for twenty years. We previously reported govt anxieties that the national roads maintenance reserve fund would dip below 1bn CHF. Meanwhile, national projects like the 10bnCHF Gotthard Base Rail Tunnel are hugely demanding on the transport budget.

The original law was approved in March after a long struggle in the lower house of parliament which had thought the vignette should cost 70CHF.

If we had to predict the likely outcome we’d say the price will rise to 70CHF and that there will be no short stay vignette. If it sounds outrageous to charge that much to use Swiss motorways, even just for a few days, bear in mind that the tolls on French roads to reach Switzerland, one way one-off, currently cost €52 (65CHF). At least the Swiss vignette is valid for a whole year.

One thought on “Switzerland: record response to vignette campaign”