note: LD Lines Newhaven-Dieppe: ‘Please be advised about accident between the A26 (South Heighton) and A27 (Beddingham Roundabout). Please allow additional time for your journey in to Newhaven ferry port.’  Update from @TravelNewsSouth at 18:40: serious accident. ‘the official closure is Beddingham to South Heighton / all traffic via the C7.’

News: a roundup of the week’s stories and a look at the week ahead. 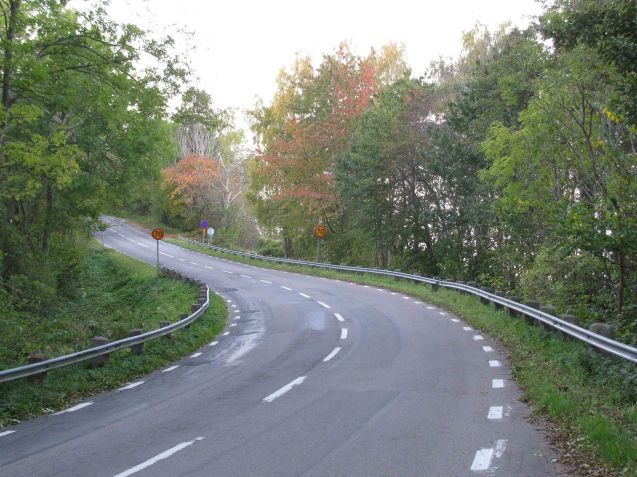 Sweden: the Laholm’s Bay coast road (Laholmsbukten), Båstad (pronounced Bow-star) southern Sweden, home of the Swedish Open Tennis tournament on courts right next to the shore – coincidentally, the final is being played today – and most of the country’s super rich. The bay is glassy calm with crystal clear water while the town is understatedly elegant. Go out of season. Highly recommended: www.hotelskansen.se with its sauna complex built 60m out over the water. Get there via the DFDS Harwich-Esbjerg and Stena Line Frederikshavn-Gothenburg ferries.

Weather in brief – hot and sunny apart from the very north and eastwards. Potentially thundery showers in Spain.

No other operators currently reporting any delays.

From @Port_of_Dover today: ‘Here in Dover sea conditions in the Channel are slight with a South Westerly light breeze, force 2 – 3, and the visibility is good.’

See our Traffic/Travel/Weather page for the latest.

Sunday Brief, a roundup of the week’s stories and a look ahead.

An Italian petrol station, but this one will be open this week because it isn’t on a major road.

Italy fuel strike – filling stations on motorways, city ring roads and intersections will be closed from late Tuesday evening until early Friday morning unless a strike is averted at the last minute. Full details tomorrow.

Bulgaria major motorway opening – Bulgaria’s brand new capital-to-coast, Trakia motorway should open tomorrow (Monday 15 July) though there’s considerable confusion about the precise arrangements. No huge ceremony has been announced as you would expect for what will rare good news for a country beset by political crisis and protests so far this year. Update: a tweet this afternoon from the official Bulgaria govt account says Trakia will open at 10:30 tomorrow.

UK v EU – Home Secretary Theresa May’s plan to opt back into some EU justice laws – which include some measures for sharing car registration and driving licence details – ran into immediate trouble. Her backbench colleagues object to her signing up to the European Arrest Warrant among other things. A debate this week in the House of Commons – if it happens – should prove illuminating.

A roundup of the week’s news:

Switzerland vignette referendum – the campaign against the proposed massive increase in the cost of the annual motorway vignette was hugely successful. A national referendum has been granted for 24 November. The price was due to increase from 40CHF to 100CHF (£70) in 2015. Click for more.

Dover stowaways – a critical incident was called at the port on Wednesday morning after 15 asylum seekers were found inside a tanker on-board P&O’s Spirit of France. Staff responded to the sounds of banging from inside the truck as the boat docked. Emergency crews descended but all concerned were successfully treated at the scene. Two drivers were detained.

Other news: Dover Port celebrated its 60th anniversary on Monday. Half year results released the same day show freight traffic is up 11.3% but the number of cars is down 1.8%.

Other ferry news: a new twist in the on-going battle for supremacy on the English Channel. P&O, MYFerryLink and DFDS will all fight for the contract to run the Newhaven-Dieppe ferry service when it runs out at the end of 2014. Newhaven is the closest ferry port to London. The Eurotunnel-backed MyFerryLink is on notice from the UK Competition Commission over its Dover-Calais route.

Italy – Via dei Fori Imperiali, the road running past the Colosseum in Rome will be closed to private traffic from 30 July says the new mayor. Also, motorway traffic dropped a significant 7.2% in 2012, the biggest fall since the recession began. Bad for them but good news for Italian road trips this summer.

Charity drives – the Windy500 23 country, 23 day European adventure drive raised an impressive £17,000 (so far). Meanwhile, the Travel Trade Crusade, with a host of corporate sponsors, has raised over £40,000 and is aiming for £50k. Due to finish in Amsterdam tonight, has taken in Metz, the Nurburgring and Koblenz. The Monte Carlo or Bust Rally – in aid of KL Children’s Hospice – successfully reached Turin last night after torrential rain and massive hailstones during the descent from the great San Bernardino Pass. The participants head home today via Monte Carlo and Nice.

Finally, kicking off today is the 2013 Mongol Rally, the no-rules, no-route ‘roads optional’ drive from the UK to Ulan Bator, Mongolia. Follow the live tracking here. 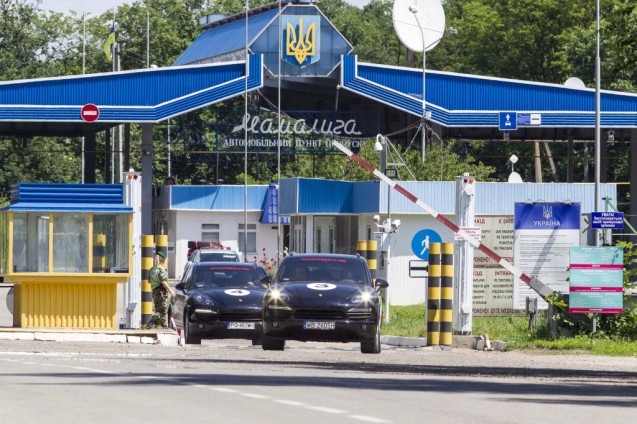 The Porsche Performance Drive crosses the Ukraine border. Might not need a 4×4 next time.

Ukraine – more details were released on the massive road building programme to rehabilitate 100,000km of rural roads, some 90% of the total. The plan requires investment of £4-5bn over each of the next ten years. The national road network meanwhile is said to be finally, almost, up to scratch.

Electric cars – a busy week for EVs. The upcoming BMW i3 got rave reviews in the UK press. Tesla’s Model S made its UK debut at the Goodwood Festival of Speed. A new deal to install a comprehensive fastcharging network in the Netherlands was announced (though it’s been subsequently subjected to a legal challenge by filling station owners). Luton-based Chargemaster, supplier of EV charge points, will list on the AIM stock exchange. The 388 vehicle, all-EV WAVE tour – 1,800km across the Alps – finished in Zurich. Lastly, the electric, FIA-sanctioned FormulaE racing series announced Berlin as its latest host city. Update: Drayson Racing, holder of the lightweight EV landspeed record, came third in the Goodwood Festival of Speed Hill Climb shootout this afternoon, behind the 1988 Silk Cut Jaguar and Sebastian Loeb’s 2013 Pike’s Peak Peugeot.

Spain and Portugal – the gap between the cost of unleaded in the neighbouring Iberian countries has widened, but narrowed for diesel. Average prices now stand at €1.43/l and €1.56/l for unleaded and €1.34/l and €1.36/l for diesel respectively. Also, the Spanish Which magazine – consumer.es – has published a critical report on the state of the country’s toll roads (more on this coming up) while El Mundo published a horrifying map of Spain’s most dangerous roads.

Roundup roundup – Slovenia has cancelled its tender for an electronic truck toll system, again… A proposed bridge across the border in Ireland, across the River Newry between Omeath and Warrenpoint, is on hold after councillors drastically underestimated the cost… Belarus is manufacturing its new road building machinery in Venezuela… Anti-corruption blogger and Moscow mayor candidate Aklexsei Navalny’s petition to stop public officials driving expensive cars attracted big support… The N201, between the A2 and A4 south of Amsterdam – handy for Schiphol – is being revamped all summer… Finally, Rush the movie – about the 1976 Grand Prix season – has inexplicably had its 20 September release date pushed back a week.

Luxembourg – more weekend road closures on the A4, between Luxembourg city and the French border south east. Resurfacing works on the Lux city-bound carriageway. Diversions in place.

Turkey – after some time without protests the situation is tense again. See latest FCO travel advice.

Bulgaria – anti-govt demonstrations becoming a permanent feature. The British Embassy says, ‘There is a small risk of violence. Avoid large gatherings in public spaces and follow local media and the advice of the local authorities.’ For the latest FCO travel advice click here. For Bulgarian news in English see www.Novinite.com or @novinite_com on Twitter.