Channel delays: none reported currently though strikes in France may affect services from 20:00 (19:00 BST) onwards (see below).

Weather alerts: no Red or Amber storms currently but band of yellow wind/rain/storms down central Europe.

Weather: Rain, apart central and southern France, in the east and across Scandinavia.

French Industrial Action – strike action by public workers – from 20:00 tonight until 08:00 Wednesday, local time – is expected to have limited impact on most transport services, though Dover-Calais/Dunkirk operator DFDS is warning of potential disruption at Calais from 23:00. It expects Dunkirk to be unaffected. The Foreign Office travel advice says check with your provider before leaving. We will keep track of the situation and post the latest here.

update 22:25: no strike disruption so far. No delays reported on the Channel currently. Strike seems more to do with trains, particularly regional services, i.e. not Eurotunnel/Eurostar.

Blank canvas. Shorter, lower and wider than the Porsche Cayenne – by 128, 56 and 20mm respectively – but that’s hardly the point. It might look road ready but the C-X17 Crossover concept is a long way from production. It seems Jaguar was serious about it simply demonstrating the flexibility of its new modular aluminium underpinnings. At the very least there’s a compact saloon coming first, built on the same platform, due by 2015. What C-X17 might signify though is a sea change in styling. Gone are the flourishes of the XJ saloon. This is a Jaguar that ‘does what it says on the tin’. It’s what we’ve long wished for but now it’s here we’re reserving judgement. The all-important detailing though is spot on, no?

Bulgaria/Greece – it’s been a good year for roads in Bulgaria. The Trakia Highway between Sofia and the Black Sea was finally finished after forty years. They’ve also finally got another bridge over the Danube, at Vidin. Plans for other important roads are really starting to take shape. The new single lane road between Kardzhali and Komotini should pale in comparison but since it runs through a brand new border point, and opens up a direct route from Bucharest to the Aegean Sea, for us it’s the most exciting of them all. The border crossing at Makaza was inaugurated today. Its first customer was Peter Chakarov, who last passed through in 1944. It’s been shut ever since. Just twenty kilometres south is the Aegean Coast. Two hundred miles north – via the historic Shipka Pass where Bulgaria’s final battle for independence was fought, and Veliko Tarnovo, its oldest own – is Bucharest. Makaza really does open up a world of possibilities.

Law enforcement – two weeks ago we had (anti) Speed Week. We’re still waiting to hear if pan-Europe traffic police forces topped their crop of half a million motorists from last year but now attention turns to seatbelts. For the next seven days, cops across the Continent will be on the lookout for drivers and passengers not wearing seatbelts – and hoping to catch you out with whatever other laws you are breaking at the same time. At the very least don’t give them the chance to go furking in your footwells, even you probably don’t know what they’ll find.

Athens – after its summer hiatus, the Greek capital’s famous traffic management system comes back into operation today. Within the central area marked with a black triangle inside a red bordered yellow Athens outline on a blue rectangular plaque, on odd numbered days only cars with reg plates ending with an odd number can enter – like today – and vice versa on even numbered days. It’s not something foreign reg cars have to worry about but it does apply to hire cars. 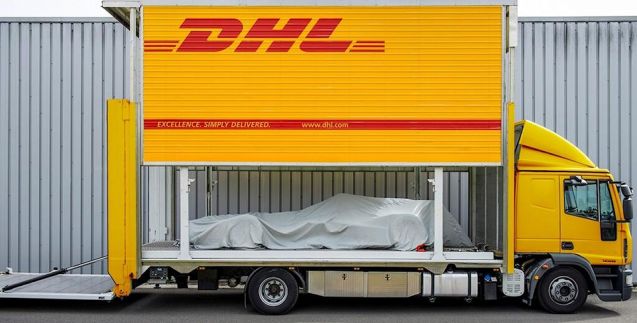 Sound of the 21st Century? With bound-to-be-high profile races in London, Rome and Berlin next year – and backing from brands like TAG-Heuer, Renault, Michelin, Andretti Motorsport, McLaren and Williams F1 – Formula E couldn’t wish for a better start. Whether audiences take to it remains a moot point. Surely much depends on the sheer spectacle. We’ll have to wait for a while longer to see/hear the cars in action, will they indeed sound like the 21st century as Lord Drayson now famously says – but the question will be partly answered tomorrow with the launch of the car at a pre-Frankfurt Motor Show briefing. Undercover it looks much like a conventional single-seater. How has the all-electric tech influenced the look? It’ll be interesting to see.