Mountain passes are thrilling drives, because of the twisty roads, sheer drops and fabulous scenery. It turns out they can be pretty exciting even when you can’t see much at all, hardly even the road.

Andermatt. So, Oberalppass it is then.

Actually it’s not really a problem. We were hoping to drive the loop – Furka, Nufenen and Gotthard – but since we’re ultimately heading east today, Oberalppass is the one we really need. 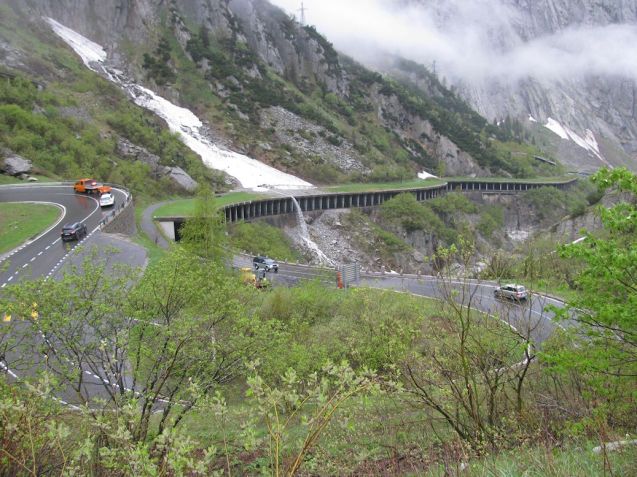 The weather could be better considering it’s mid-May.

At this point we start to wonder what we’ve let ourselves in for.

Actual rivulets of water running down the road. 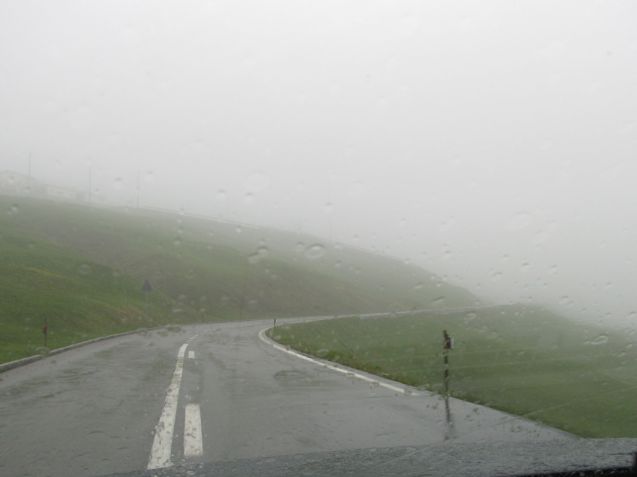 It’s still impossible for us to believe that the Swiss – icons of stolid dependability – would leave the road open unless it was absolutely safe to do so.

2048m, 6,719ft. As well as being one of the few touristy mountain passes that actually goes somewhere useful – from the Gotthard Tunnel on the A2 motorway to Chur/Graubünden/Engadine/St Moritz/Davos – Oberalppass is quite a profound road too. Just up behind here is the source of the Rhine. You could paddle all the way to the Hook of Holland.

A spectacular lack of barriers.

With just one overwrought stab at the throttle we’d be over the edge in milliseconds. 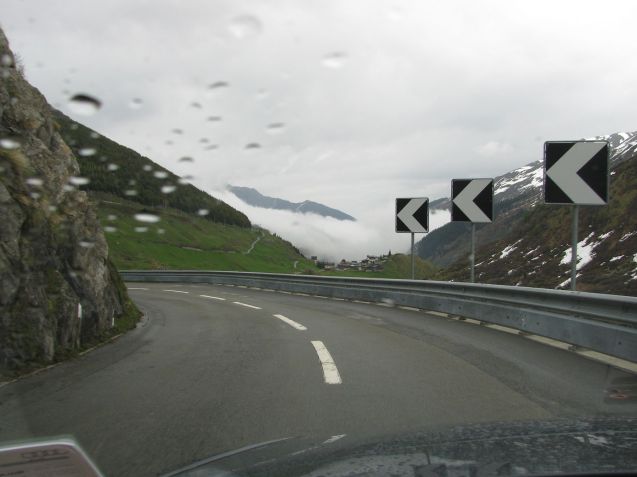 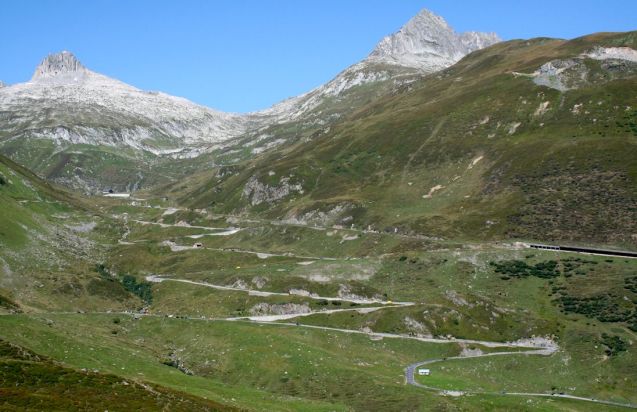 Oops we did it again. Exactly a year and two weeks later we made a second attempt on The Loop. We decided to check out the Gotthard Pass anyway only to find massive ice blocks sliding out into the road. They Swiss might only close mountain passes when absolutely necessary but they definitely do it for a reason.