Germany has its fair share of scenic roads, but the Rossfeldpanoramastrasse – Rossfeld Panorama Road – is the highest.

It’s also site of a famous hillclimb due to be revived this weekend.

Before the war, the Germans planned a great Alpine Road, stretching 180 miles between Lakes Konigssee and Constance.

Originally only intended as a scenic eastern offshoot, the Rossfeld Panorama Road is the only part that was actually built. Construction started in 1937 and finished in 1955.

In the deepest corner of south east Germany – starting and finishing in Hitler’s redoubt Berchtesgaden – Rossfeld actually criss crosses the Austrian border a few times. Salzburg is only 25 miles away. 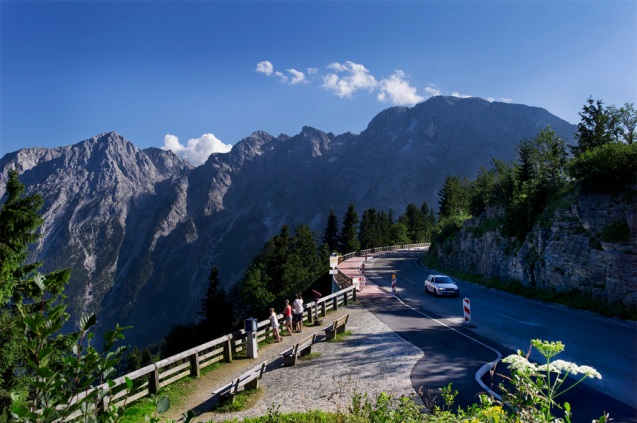 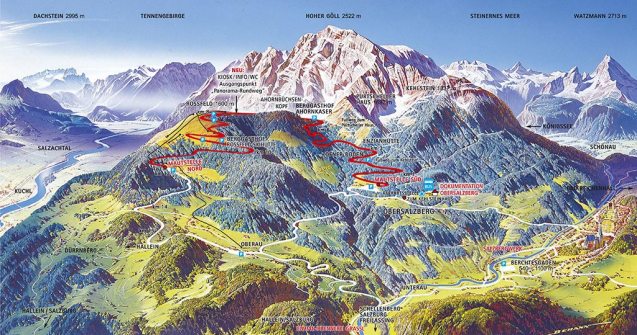 The mountains are the Northern Limestone Alps which run along the border of Germany and Austria. Berchtesgaden lends its name to the local group of these mountains. Notable peaks include Watzmann (2,713m) and Hochkalter (2,607m) but it’s Hoher Goll, 2,522m (8,274ft) that dominates the view from the road. Click the picture for a closer view.

In the 1920s the original road between Berchtesgaden and Obersalzburg was used for hillclimb competitions. It saw some epic battles, notably the 1928 duel between Rudolf Caracciola and Hans Stuck. The races were revived in the 1950-60s on Rossfeld itself though unfortunately in 1968 the course claimed the life of Grand Prix driver Ludovico Scarfiotti at the wheel of a Porsche 910 Bergspyder. The competition eventually fell victim to the 1973 energy crisis. Photo: Jurgen Neuhaus and 1967 Porsche Carrera 6. Photo by Charley Weinmann.

Rossfeld came to our attention because it’s the venue this weekend for a revival of all those legendary races. Some fabulous cars are expected, from a Audi Sport Quattro ‘Pikes Peak’ to a Porsche 917, and this 1928 Mercedes SSK raced by Caracciola. All the action takes place under the watchful eye of event ambassador and living Porsche driving legend Walter Rohrl. Check back for more details, or see the links below. Photo via @MercedesBenz.

For more info: the official Rossfeld website; the Rossfeld revival hillclimb; for a map.