Channel delays: DFDS Dover-Calais, 30min delays on some services due to port movements. 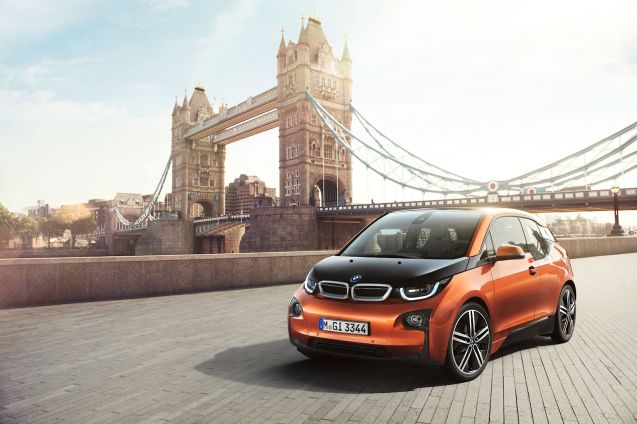 ELECTRIC CARS. With 80% of the first year’s sales projections already sold – a month before it goes on sale – BMW is looking at expanding production of its all-new i3 electric car says Automotive News Europe. It’s an early sign that the company’s billion dollar bet on EVs is paying off, and/or that the 92% of other manufacturers which are at least hedging their bets on electric vehicles (according to a survey by KPMG) have missed the boat. While we’re enormously impressed by the comprehensive package BMW has built in and around the i3 – the telematics, lifestyle, interior – we’re thinking it’s one of those rare occasions when a futuristic concept car should have been radically toned down for production… Mind you, we’re yet to see one in the flesh.

SPAIN. Police have unofficially recalibrated radar guns to their pre-2010 3% tolerance according to this week’s Sunday Times. The law was changed in 2010 so that only speeds more than 10% over the limit would be prosecuted. The biggest losers are likely to be rental drivers where fines – and an admin fee – will be automatically deducted.

GERMANY. The mayor of Heidmuhle in east Bavaria has closed the border crossing over locals’ fears a spate of burglaries were being carried out from a village in the nearby Czech Republic. It flies in the face of EU Freedom of Movement rules and is set to be hotly contested at an upcoming regional conference, but is remarkably similar to threats made by a mayor in the Belgian town of Voeren recently – over drug sales in Maastricht – when he insisted he had the right to close the border in ‘cases of risk’.

Also, Angela Merkel’s CDU party is under fire for receiving three €230,000 donations from members of the BMW-owning Quandt family days before the govt stood in the way of new EU low emission rules for cars.