P&O’s The Pride of Burgundy should return to service for the 10h15 Dover-Calais on Saturday 26th October. 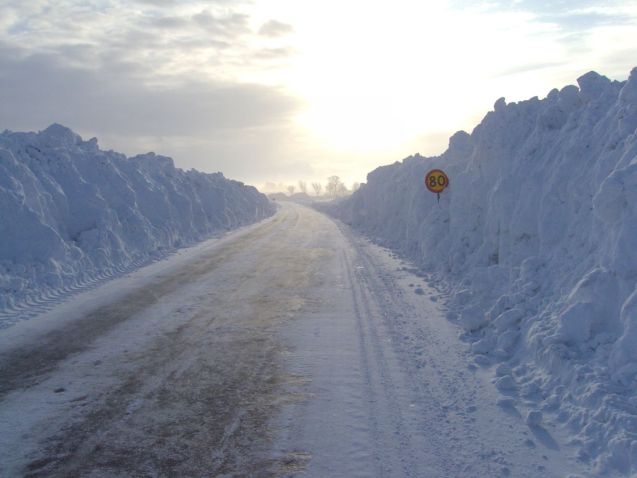 According to YLE News, Austrian traffic authorities have been in contact with their Finnish counterparts to ask for more information on Finland’s unique arrangement.

Both France and Germany lower speed limits in certain conditions like rain (to 110kmh and 130kmh respectively) but only Finland reduces the limits for an entire season.

From this week, Finnish speed limits fall by 20kmh, to 100kmh on motorways and 80kmh on main roads. Police also told motorists last week it was time to switch to winter tyres.

Research has shown that fatal accidents declined by 38% on roads with a winter limit, and injuries by 28%.

Austrian traffic authorities have been concerned for some time that, despite the similar landscape and climate, its road safety record was considerably worse than neighbouring Switzerland, 6.6 deaths per 100,000 population compared to 4.3 according to Pulitzer Centre stats.

Popular soap star Dolores Lambasa was killed in a car accident yesterday morning on a section of the A3 motorway the locals say is cursed. Almost exactly seven years ago, just 60m away, at the same time of day, Macedonian singer Tose Proeski died in similar circumstances. Like Lambasa, Proeski was asleep in the front passenger seat at the time. Between times there have been 2,293 accidents, 54 deaths and 180 serious injuries on the same stretch according to inSerbia. Locals blame underground water and ‘dark forces’ for the carnage saying ‘drivers experience hallucinations and unexplained phenomena’. Lambasa was heading westbound, in the direction of Slavonski Brod and Zagreb. The accident happened just before Junction 16, the turning for Osijek, in eastern Croatia, very close to the Bosnian border.

Could be anywhere? This is actually the Macedonian A1 at Tabanovce near the Kosovo border. Pic via The Government of the Republic of Macedonia, www.vlada.mk

Macedonia will borrow $783m of the $10bn set aside by China for East European infrastructure to build two new motorways. The loan comes with a 20 year repayment period, five years grace and 2% annual interest. The first road, 53km from capital Skopje to Stip via Sveti Nikole, should be completed in three years. The second, 57km between Kicevo and Ohrid, in four years. Both projects will employ at least 50% Macedonian contractors and workers. The country has a long list of other upcoming road projects. Neighbouring Montenegro will also use Chinese finance and builders to upgrade its road network though the deal has yet to be ratified in parliament. Such companies are already engaged in Serbia.

Tesla opens its first UK dealership tonight, at the Westgate Shopping Centre in White City, London. We understand that Elon Musk himself will be there, no doubt with at least one newsworthy soundbite…

SPAIN. In an encouraging sign – last year many of Spain’s toll roads were on the verge of bankruptcy – The Olive Press says the A-46 which runs north-south to Malaga has turned a profit after the tolls were lowered. Also, real corpses have been used in crash tests by the Motorland Technology Park in Alcaniz says thelocal.es. RUSSIA. Further to our story on 16 October, Natalia Agre, President of Road Safety Russia, explains the ins and outs of the new licensing rules: basically anybody who lives in Russia and works directly in transport will need a Russian licence. Transit drivers and tourists carry on as before. GREECE. Pay and display parking returns to Athens on 29 October. It was suspended during the summer after the municipal police force was disbanded. This time regular municipal employees wearing special badges have the right to inspect parking scratch cards. BELARUS. From 1 January 2014 the entire M4 Minsk-Mogilev motorway will be brought under the new electronic toll system, plus the Minsk-Bobruisk section of the M5 Minsk-Gomel road. ITALY. Surgeons are battling to save the finger of a traffic officer in Rome after it was bitten off by a scooter rider today.