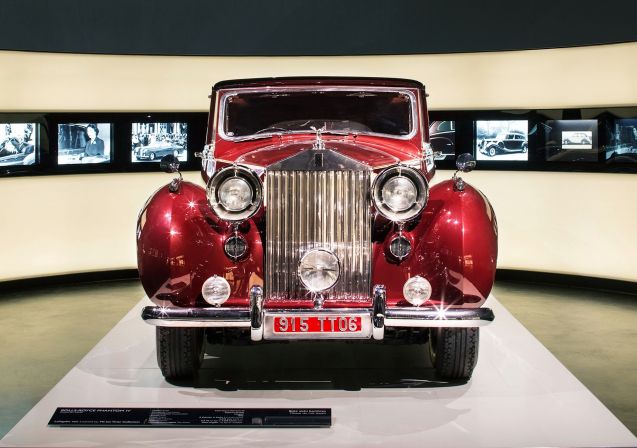 Former tennis player Ion Tiriac, now owner of the biggest chain of car dealerships in Romania, and one of the country’s richest men, puts part of his 250 strong classic car collection on show in Bucharest from 29 November. Probably the most valuable is this 1952 Rolls-Royce Phantom IV, built originally for the Aga Khan on the understanding it wouldn’t ever be sold (just 18 Phantom IVs were built, all for heads of state or royalty). Eventually however it ended up ferry hotel guests to and from the airport in Missouri, USA. Its later years have been much happier. Tiriac bought the car at a Pebble Beach auction in 2011 after which it went on display at the BMW Museum in Munich to mark ten years of Rolls-Royce under BMW ownership (above). Sixty five of Tiriac’s cars will be on show at any one time, rotated every three months, at a showroom in Otopeni, just north of Bucharest. Other famous marques include Bentley, Mercedes, Morgan and Ferrari. The oldest dates from 1899. More details to follow.

FERRIES. Thanet Council is struggling even to engage consultants to help find a new operator to replace Ramsgate-Ostend Transeuropa Ferries. It received three expressions of interest in its ‘no win-no fee’ deal but no firm offers says to a report. The terms will have to be improved says a councillor. TURKEY. Sky high fuel prices – €1.752/l for unleaded 95 today, €1.621 for diesel according to FPE – have seen LPG use double in the past five years. Over 4m of the 9m cars on the roads are now LPG powered. Even so, it’s expensive by European standards at €0.909/l compared to the UK’s €0842. BOSNIA. A new 72km tolled highway running east-west between Banja Luka and Doboj will be funded by a €160m loan from the European Investment Bank. The new road links to the upcoming Budapest-Adriatic Corridor 5c at Doboj, and with the existing E661 between Banja Luka and the Gradiska international border crossing with Croatia. 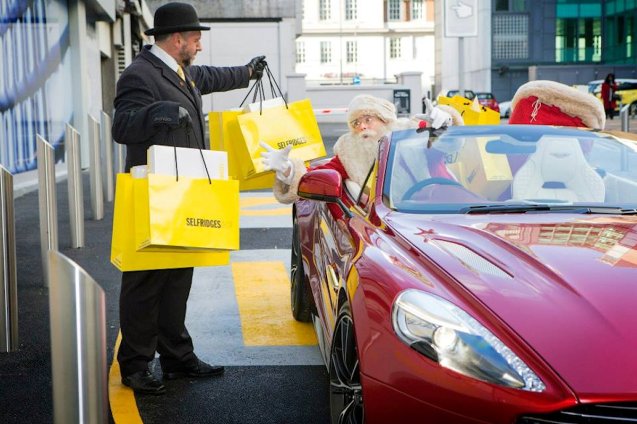 Gimme that stat. Rather than wait for the postman – or, indeed, Santa – Selfridges customers can now pick up their online purchases themselves. It’s the world’s first ‘Fashion and Retail Drive Through’, at the back of the Oxford Street store. You don’t even need to get out of the car. See www.selfridges.com for more.