High winds affecting many services this evening, likely over 50 knots from 19:00-03:00. Port of Dover is advising customers to check with their operator for the latest information on sailings.

Weather: Fair in the East and South, some rain through the North and West.

The highs and lows of fuel prices around Europe, December 2013. 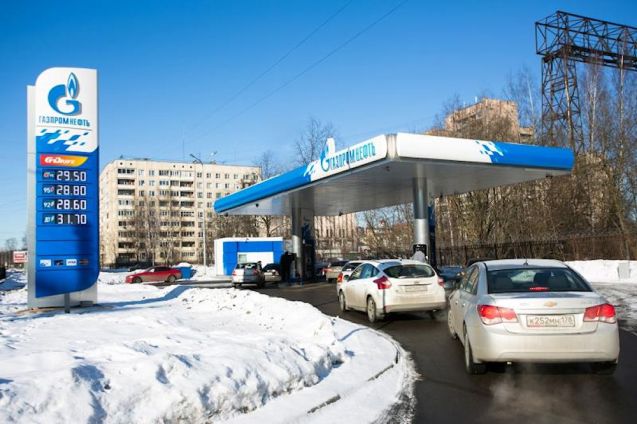 Russia: cheapest petrol and diesel in Europe. Pic via www.gazprom-neft.com. Not sure when it was taken, or even what the prices relate to, but at today’s exchange rate, 29.50RUB is €0.65.

It’s kind of sick making to know that petrol sells for €0.73/l in Russia. It’s the cheapest in Europe, just 40% of the price in the perennially most expensive country, Norway (€1.806).

Portugal is quite interesting. The highest price (€1.589) is 18c/l higher than the lowest. Turkey (€1.723) and Italy (€1.764 – you can buy it cheaper) are developing reputations for expensive fuel but it still comes as quite a shock that a litre of unleaded in Greece costs, on average, €1.648.

source: all prices were correct at time of publication, taken from www.fuel-prices-europe.info, compiled daily from official sources. Note, check the information column. Some prices are average, some are the most expensive. 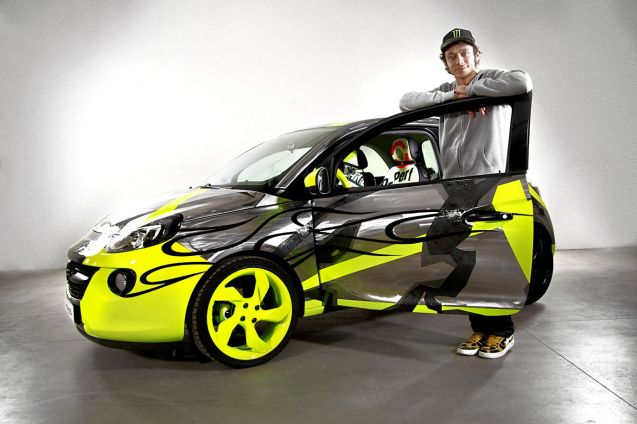 Valentino Rossi and his almost equally legendary helmet designer Aldo Drudi have jazzed up a Vauxhall/Opel Adam for charity. As well as the characteristic neon flourishes on the bodywork and wheels, the interior has been retrimmed in cartoon Dainese motorcycle leather (see home page). All proceeds go to the Meyer ONLUS children’s hospital in Florence. The car is being auctioned on eBay, see http://www.meyer.it/adam46/ The current highest bid stands at €19,150, due to close on 24 December.

FRANCE. As expected, the speed limit on the Paris peripherique will be reduced to 70kmh (from 80kmh) as of 1 January 2014. The decision is open to review however and might change. ROMANIA. Paid hitchhiking is to be outlawed, enforced with fines of up to €1,100, because it undermines licenced transport companies. Craig Turp @BucharestLife calls it, ‘an attempt to reclaim Europe’s sought-after ‘most stupid law’ award’ saying there’s little to no public transport out in the sticks. ITALY. Via dei Fori Imperiali, the road between the Colosseum and Piazza Venezia in central Rome will be completely pedestrianized over Christmas and New Year. Bike mad recently elected mayor Ignazio Marino banned private cars from the area in September, but now all powered transport, including buses and taxis, will be barred until 6 January.