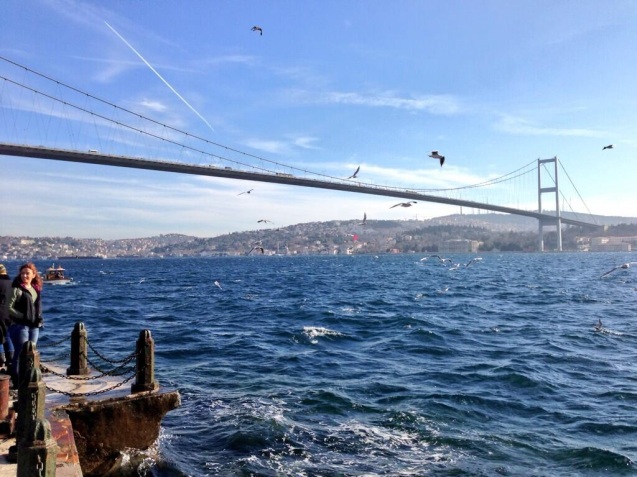 The First Bosphorus Bridge, Istanbul this morning. At this distance, the only way to tell it from the Fatih Sultan Mehmet bridge, the only other across the Bosphorus Strait – connecting Europe and Asia – is by the zig-zag cable stays. A highly controversial third bridge is planned, at the north end of the Strait, but a high level on-going corruption investigation has interestingly implicated many of the movers and shakers behind the project. Photo via @LeighTurnerFCO 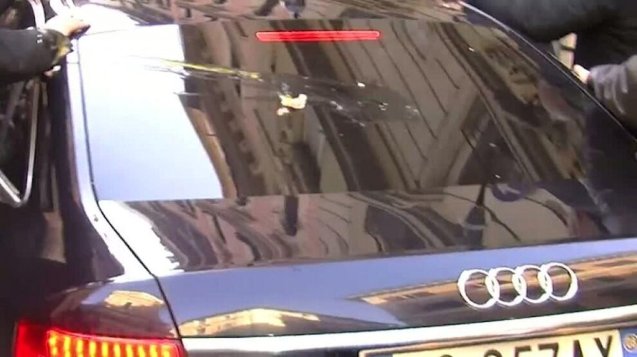 Silvio Berlusconi’s – surprisingly old – Audi A6 is egged on his way to a meeting with rival political leader Matteo Renzi in Rome today. Luckily the damage was less than superficial. Corriere della Serra reports this morning that 4m cars in Italy are not insured – that’s 2.8m drivers, or 8% of the total. The average cost of insurance in Italy is apparently €491. Photo Comandante Nebbia, @mentecritica