Dunkirk gets some EU money towards its redevelopment plan. Increasing the speed limit cuts accidents says a Danish experiment. The FIA hikes passport fees. Luxembourg police ramp up spot checks. The Competition Commission extends its deadline in the Eurotunnel/SeaFrance case. German police say they are powerless to stop people texting from behind the wheel and Turkey turn-up visas are now available until the end of the year. 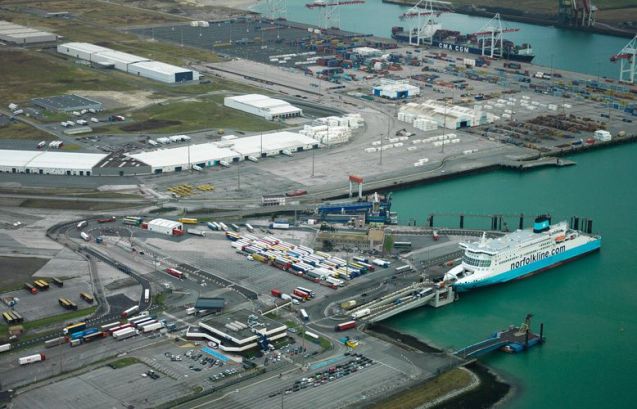 For drivers heading for northern Europe – or even south via cheap fuel Luxembourg – the Dover-Dunkirk ferry is likely the best bet.

The sailing takes 30 minutes longer than Dover-Calais but drops passengers closer to the Belgian border. DFDS – the only operator that runs services to Dunkirk – currently charges the same fares as it does for Dover-Calais.

The chief disadvantage is that the crossings are much less frequent, twelve each day compared to 23 P&O Dover-Calais. Turning up expecting to hop on the next service isn’t really an option (though the wait would be maximum two hours).

Also, whilst it might look straightforward from the map, getting in and out of the port is slightly convoluted.

However, a new €14.6m project announced today will increase capacity and remove traffic bottlenecks between the port and the A16. The terminal platform will be completely reorganised and rebuilt to reduce waiting time and smooth traffic in and out (hopefully with better signage).

The European Commission – which is paying ten percent of the cost – says just an extra 15 minutes saved on each turn-around could allow an extra sailing each day.

The port is split up into three sections: west, central and east. The west port is where the roll-on roll-off (Ro Ro) ferry operations are located and where the work will be concentrated.

Dunkirk is France’s third largest port behind Marseilles and Le Havre, handling around 7,000 ships each year. Traffic has increased tenfold since 2000, with traffic volume growing 10.6% in 2012.

There’s no word yet on when the redevelopment starts or whether DFDS will be able to use Dunkirk while the work is on-going. We have a call out to the company and will update this story when we hear back. 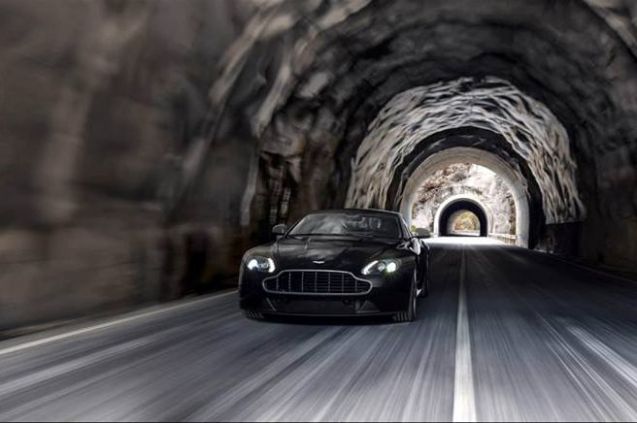 Aston Martin’s brand new lipstick-grilled Vantage N430 ‘Clubsport’ driving through everybody’s favourite: a cloistered tunnel. Cannot say precisely this one is obviously but if that’s your thing check out SP20 between Longarone and Maniago in the Dolomites, north east Italy. Even better, through the tunnels SP20 is one way only. If the road in front is clear you can really floor it.

roundup: SEAFRANCE/EUROTUNNEL. The deadline for considering the ‘merger or just asset acquisition’ case has been extended until early May by the Competition Commission. GERMANY. Police are powerless to stop an increasing number of people using mobile phones while driving they say. The current fine is €40. DENMARK. Increasing the speed limit made the roads safer say police after a two year study. LUXEMBOURG. Police will increase patrols throughout the Carnival period, until 9 March, on the lookout particularly for DUIs and speeding drivers.

HISTORIC. Owners are not happy that Historic Technical Passports (HTP) issued prior to 2011 become invalid at the end of 2014 as a new five year renew comes into force. HTPs are needed to enter FIA-mandated events on the Continent. The early ones were without a time limit. They cost between £405-930 each. The FIA says renewals received before 30 September will get a 50% discount. TURKEY. Visas can still be bought at the port of entry until the end of 2014. New electronic visas, to be obtained before travel, were due to take over on 10 April. The 90-day multiple entry visa costs £10.