Some exciting driving is guaranteed at this weekend’s Austrian Grand Prix. Five big name mountain passes are within easy reach of the circuit, plus a host of lesser known roads. 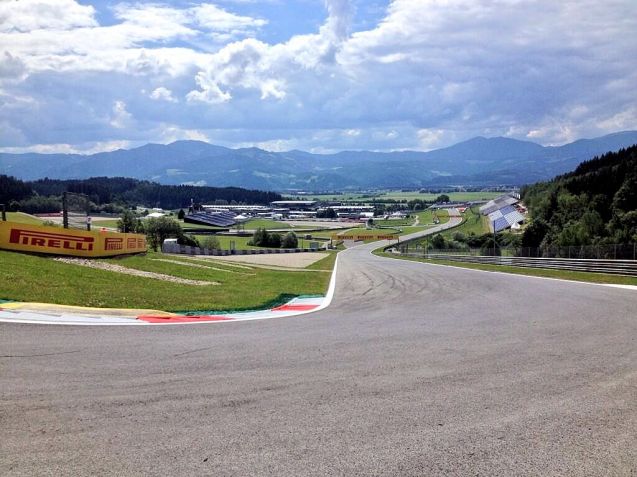 The Red Bull Ring at Spielberg is one mountain range into the Alps from the eastern edge, sixty miles from Graz in south east Austria.

It’s not, then, at the dense epicentre of Alpine mountain passes but at least five big name roads are in easy reach. One of them is among the best driver’s roads in the Alps (and certainly one of the steepest). There are also a few lesser known but – importantly – quieter byways.

But first, some geography. The mountains around Spielberg are the Central Eastern Alps. The racetrack lies in the east-west Mur Valley, named after the river, specifically the eastern end of the Upper Mur Valley.

Across the north are the Nieder Tauern mountains (the Low Tauerns). To the south are the Lavanttal Alps and the Gurktal Alps. This is important because the good roads are the ones running between the mountain groups (and because the views are even better when you know what you’re looking at).

A few years ago drivers strained up 21% slopes but they were cut back to ‘just’ 16% in 2008. It’s still a fast and flowing road, for thirty miles between Judenberg and Trieben, topping out at a relatively low 1264m (4,180ft) with few hairpins but a perfect surface.

Thirty miles west of the circuit at Murau is L704 Erzherzog Strasse – aka Solk Pass – which splits the Rottenmann & Wolz and the Schladming Tauerns. The latter has six peaks over 2,500m (8,200ft) the loftiest of which is Hochgolling 2862m (9,389ft) the highest in the Low Tauerns.

The big attraction around here is B95 Turracherhohe (Turracher Heights) at Tamsweg, another twenty miles west from Murau.

In the old days this road hit 34% though it has since been trimmed back to a still steep 23%.

Aside from the history it’s a great driver’s road. Experienced touring driver @ParaboliqueUK says, ‘Turracherhohe is mindblowing and very, very fast. The uphill section is wonderful and the downhill mile upon mile of fast sweeping S bends.’

Whilst the 23% slope is not as scary as it might sound, the ADAC advice for Turracherhohe is, however, ‘Great caution and mountain experience necessary’.

Connected to Turracherhohe is Nockalmstrasse, a twin-peaked toll road (€17 for a car) which tops out at 2024m and 2042m through fifty two named corners over twenty two miles.

It races through the ‘Nocky Mountains’ – the western part of the Gurktal Alps – so named because of the unique, grassy, domed summits (‘nocks’).

To be honest Nockalm is more a family-friendly mountain theme park with lots of nature exhibitions dotted around but go out of hours and you will find lots of properly profiled, flowing corners. Bikers love it.

Having paid your money you may as well drive Nockalm in the other direction too because just south is the B99 featuring two other famous roads, the Katschberg Pass and the Radstadter Tauren Pass.

They run one after the other for fifty five miles north-south from Radstadt to Spittal, alongside the A10 Salzburg-Villach ‘Tauernautobahn’ (between the Radstadt and Schladming Tauerns and the Hohe Tauerns (High Tauerns) and Gurktal Alps).

In the 1910s, just after it had been chipped out of the rock and ran up to 27.5%, Katschberg was one of the roads on which Rolls Royce proved it made the ‘Best Cars in the World’.

It’s down to 17% now, and reaches only 1641m but with transit traffic away on the motorway you are likely to get a good run. Radstadtler is similar but with much better views, especially on the descent heading north through a narrow gorge.

Apart from cows on Solk Pass, horses on Nockalm and cyclists and bikers everywhere, the only problem is likely to be traffic. The thousands of eager drivers in shiny, sporty machinery gathering at the Red Bull Ring are going to want to prove themselves on the big roads.

If so, check out B78 Obdacher Sattel (955m), B77 Gaberl Pass (1547m), B70 Pack Sattel (1169m) and L343 Hirscheggstrasse, all just south of the circuit around the Lavanttal Alps. None trouble the guidebooks but that’s half the attraction.

For all the major mountain roads in the Alps see our PassFinder.

Turracherhohe: the 23% section is actually banked by trees on one side and a high barrier on the other so isn’t as scary as it might sound. The real attraction is the road itself.

Audi used the steepest part of Turracherhohe to demonstrate the capabilities of the original Quattro prototype to the Volkswagen board in 1981.

Nockalmstrasse: family-friendly it might be but it’s still a proper road.

Apart from some cows and horses, the things to watch out for are cyclists, bikers and traffic. 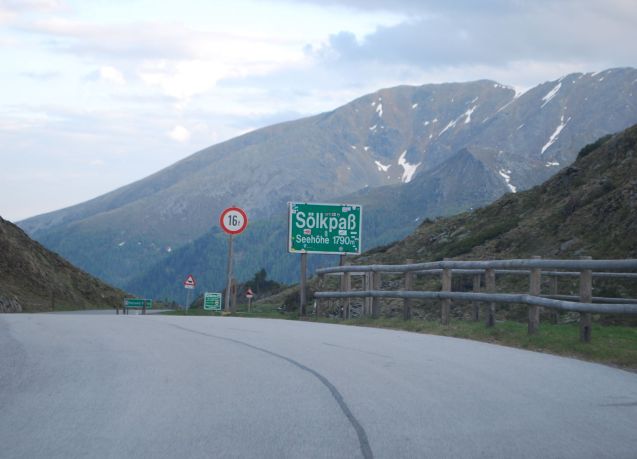 Solk Pass: 1790m (5872ft) might not be that high in the scheme of things but make no mistake Solk Pass is a proper mountain road. Pleasingly rough in places, and certainly steep enough, it’s our favourite. 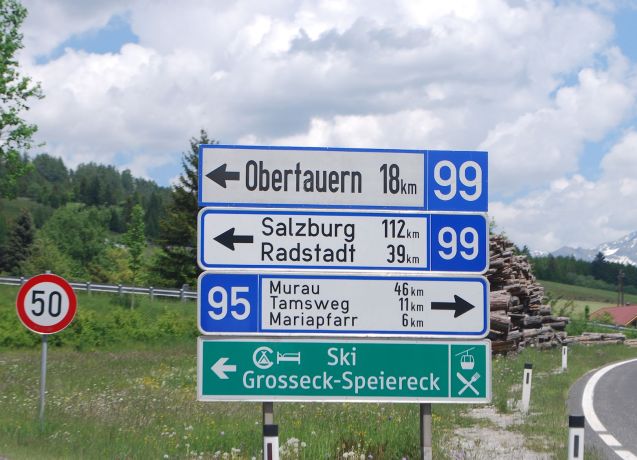 B95 heads back along the Mur Valley to the Red Bull Ring, 90km from the bottom of the B99 Radstadtler Tauern Pass.

Cracking views from ski resort Obertauern at the top of the Radstadtler Tauern Pass.