NEWS: a meeting between the British and Spanish PMs apparently sparks new border queues in Gibraltar. Formula 1 might be at Hockenheim this weekend but racing trucks gather at the Nurburgring for the highlight of the season. The Bulgarian Black Sea coast returns to normal after yesterday’s flooding. The first map of the upcoming French Ecotaxe truck toll network is published, the EU will take Hungary to court over its new electronic truck toll system while the number of Continental ferry passengers continues to grow.

GIBRALTAR FRONTIER WATCH: no significant delays in or out until consistent 30-45mins mid-afternoon then estimated 2h50 at tea time, see below.

The day after the respective Prime Ministers had words in Brussels… 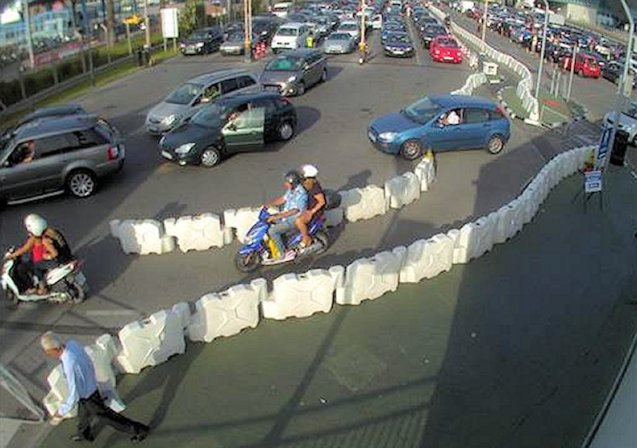 After a quiet few weeks – to the point we considered discontinuing our Gibraltar Queue Watch counter, above – drivers leaving Gibraltar faced delays of up to three hours again yesterday.

A statement from the UK Foreign Office today said, ‘Last night the Prime Minister also raised Gibraltar with Prime Minister Rajoy in the margins of the EU Council meeting. He made clear to Mr Rajoy that there must not be a repeat of last summer’s disruption.’

As local broadcaster @JamesNeish noted on Twitter last night, ‘Current frontier delay 2.5hrs as David Cameron “made clear” to Rajoy there must not be repeat of last summer’s disruption.’

Although perhaps personally embarrassing for Mr Cameron, the outbreak of delays following the discussion in Brussels do lend credence to the theory that the queues are politically motivated.

Also yesterday, the Spanish Ambassador to the UK was summoned to the Foreign Office in London over another alleged attempt by a Spanish naval vessel to interfere with shipping heading to the Port of Gibraltar. It apparently claimed the ships were in Spain’s territorial waters.

Last summer drivers waited up to eight hours in the worst cases to cross the Gibraltar border into Spain. Since then, and seemingly at random, drivers have faced delays of up to four hours.

A new twitter account has been opened by the Gibraltar Border Agency to keep drivers (bikers and pedestrians) informed of queues on both sides of the frontier. See @GibraltarBorder.

UPDATE Saturday 19 July: delays reached five hours on Friday teatime before subsiding in the evening, and 1h55 on Saturday night after a relatively quiet day. See our Daily Brief blogs for more. 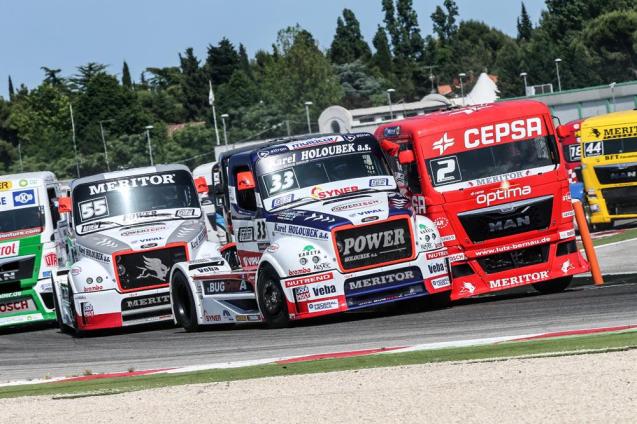 This weekend is the highlight of the European Truck Racing Championship, at the Nurburgring. The event marks the halfway point of the season and always attracts the biggest crowd. The series is dominated by MAN but some Scanias, Renault, Mercedes and – of course – Freightliners also compete. The chassis, engines and tyres are all closely based on production items while the top speed is limited to 160kph. The top three in the championship so far – Norbert Kiss, Antonio Albacete and Jochen Hahn (all driving MAN) – are fairly evenly matched with a gap to fourth. Ninth placed Steffi Halm, MAN, is fighting to stay in the top ten after brake failure saw her retire at the previous round at the Red Bull Ring. The races, four 45km sprints, on Saturday and Sunday afternoons, are broadcast live at truckracing.de

roundup: FRANCE. A map of the upcoming Ecotaxe truck toll network has been published by HGV fueller AS24. The roads included could change but will be vastly cut-down from the original proposal withdrawn earlier this year after the widespread ‘Bonnet Rouges’ protests. Note, so far it does include the A16 Boulogne-Belgium and the A25 Dunkirk-Lille. HUNGARY. The European Commission has issued infringement proceedings against Hungary over its new electronic truck tolls system according to widespread reports. After a controversial failed initial procurement against a tight deadline the system was hastily revived and started as planned on 1 July 2013. However, the new tender did not follow EU rules, it is alleged. For more info on the tolls see hu-go.hu. FERRIES. Continental ferry routes carried 7.9m passengers in the first half of 2014, up 2.1% on the same period in 2013 according to new figures from industry body Discover Ferries. Overall, the market grew by 2.6% last year.