NEWS: It didn’t take the European Commission long to revise its directive on prosecution of cross-border traffic offences. As it’s Day One of the British Summer Season, Channel crossings expected to be very busy. A surely unbeatable road trip rig was spotted in the wild yesterday.

GIBRALTAR FRONTIER WATCH: on/off delays of around 60mins during morning peak. IT meltdown at @GibraltarBorder since then but GBCNews reports delay of up to five hours this afternoon into Spain. 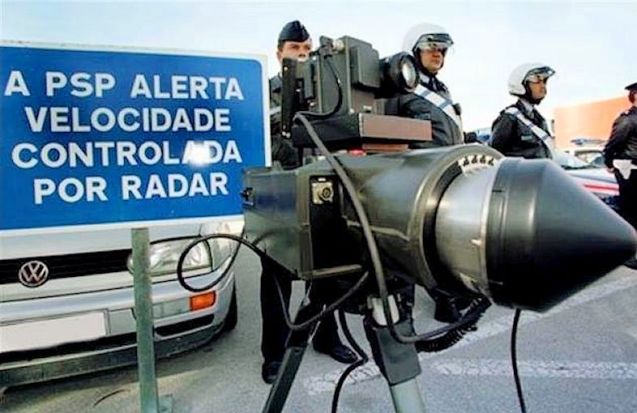 Portuguese police prepare to burn speeding motorists. British, Irish and Danish drivers will soon be in their sights too.

The revised directive on cross border information sharing for traffic offences has been published already.

It will mean drivers from the UK, Ireland and Denmark can be fined at home for traffic offences committed in other European countries.

Currently, drivers from those countries have to be caught red handed to be fined or prosecuted.

EU member states, plus Switzerland and Norway, have until 6 May 2015 to put the new law into effect.

In May, the European Commission successfully challenged the legal basis on which the original directive had been implemented.

The original measure came under ‘police co-operation’ and allowed the UK, Ireland and Denmark to opt out. The revised rules, implemented as a road safety measure, mean it must apply to all EU and EEA countries without exception.

Eight offences are covered: speeding; not using a seatbelt; running a red light or other stop signal; drink driving; driving under the influence of drugs; not wearing a helmet (motorcyclists); using a forbidden lane (bus lane, emergency lane, etc); and using a mobile phone while driving.

The UK Department for Transport told @DriveEurope in May it was studying the implications of May’s ruling and would make a decision on the next step ‘in due course’.

Update 23 July: we did ask the DfT for comment but they have yet to respond. Meanwhile, the European police federation TISPOL, and other road safety groups, have called for the introdcution of the new directive to be accelerated. 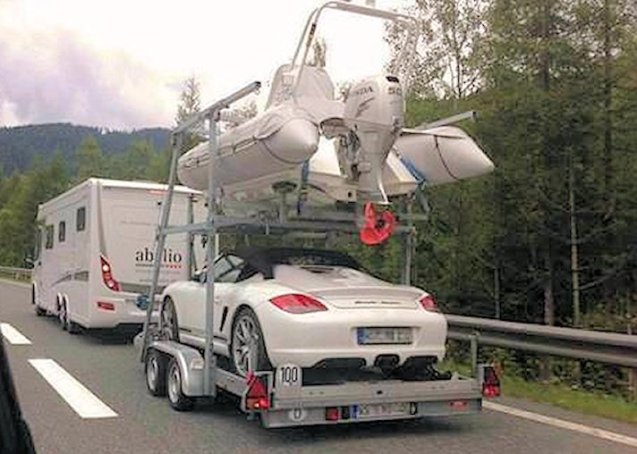 Spotted on the road yesterday by Mr Malibu, @MalibuInfo. The bar is now super-high kids. That isn’t any old Porsche Boxster either but a rare Boxster Spyder. The prize for best kitted out and co-ordinated European road trip is on the verge of being handed out already unless someone thinks they can beat this??