TODAY: how to cope with Black Saturday, the busiest day on French roads (and a rest of Europe holiday traffic roundup).

Plus, off-roading through the Loire vineyards. The A9 at Narbonne reopens after a massive forest fire (then closes again). Warm beer and Ferraris at Harpenden’s Classics on the Common. Heavy rain causes chaos in Austria and Romania. Bulgarian traffic police to blitz nightlife hotspots as serious accidents rise ‘dramatically’. Police warn regular stoners – and even recent casual users – not to drive in Denmark.

Pointers on coping with the busiest day of the year on French roads. 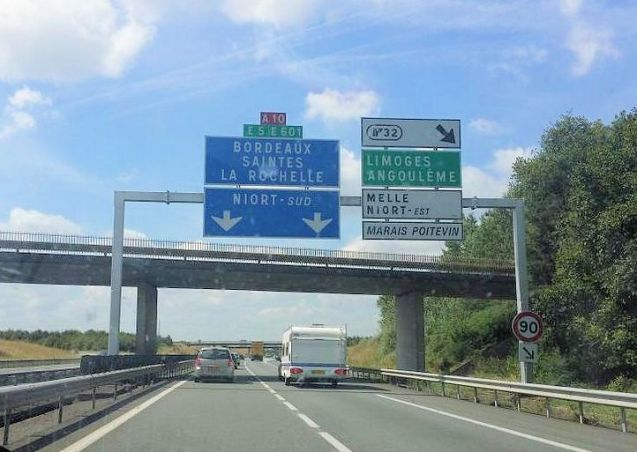 The A10 Paris-Bordeaux is a well known jam hotspot, especially around Niort. Consider the N10 Poitires-Angouleme-Bordeaux. Photo @TRAFsudouest

French motorways function exceptionally well for the vast majority of the time. They struggle however with Black Saturdays – Samedi Noir – the mass getaway days of which the first Saturday in August is the busiest.

Jams start from 07:00 and move inexorably south and west from Paris as the day wears on. From experience however, we can say the delays peak at around lunchtime and have normally dissipated entirely by soon after 18:00.

The traditional advice is to leave early. That way, at least you know you will arrive eventually. But there is also an argument for leaving later too (or getting past Paris and having a long, lazy lunch). Dutch motoring club @ANWB advises it members to leave home at 12:00.

If at all possible avoid the A6-A7 Paris-Lyon-Avignon. Without doubt this is the busiest road in France. Three hour delays are not unusual between Lyon and Avignon, spread all along its 140 mile length, but particularly around Valence.

From Calais, dodging via Reims, Troyes, Dijon and Grenoble can be handy but feeds traffic back in at Valence, hence – partly – the big jams. If it’s really bad, those heading for the Cote d/Azur should consider the N85 Route Napoleon from Grenoble.

Next most congested is the A10 Paris–Orleans–Bordeaux, the particular bottleneck being Niort. Last year the canny diversion was N10 Poitiers-Angouleme-Bordeaux.

Other jam prone roads include the A9 south to the Spanish border from Montpellier, the A8 Avignon-Nice, A11 out to Nantes and Rennes, A31 Metz-Dinon and, recently, the A29 west across northern France with hotspots at Amiens and into Le Havre. Click here to see the busiest roads on a map (highlighted in red).

Generally less busy are the motorways heading south through the centre of the country – the A20 via Limoges and Brives, and the A71/A75 via Clermont Ferrand. There are no guarantees though. All available routes can be subject to long delays.

There are plenty of ways to keep abreast of the traffic situation. Apart from your own satnav system, gantries above the motorways give actual journey times at any one point. The national traffic website Bison Fute has info in English, as does the 107.7fm radio station for the Sanef network (also available via app). @VinciAutoroutes sends out a really handy graphic showing journey times across the main routes in the south at least every two hours. We tweet an hourly overview of the major delays @DriveEurope.

In the worst case, improvise. Apart from vastly cheaper fuel at local filling stations, and seeing places you normally wouldn’t, heading through the sticks can save time. The N road network is not always fully dual carriageway but will at least have regular two-lane stretches where you can get past slower moving vehicles (trucks and coaches are banned on summer Saturdays).

Finally, be prepared, and not just with plenty of food and drink, and games for the kids. Mindset is important too. Jams can add four or five hours to a cross country journey on Black Saturday. Anything less than that means you should count yourself lucky.

Update 4 August: these predictions turned out to be reasonably accurate. See what actually happened here.

The Rest of Europe: Germany’s ADAC has abandoned its usual fruity phrases to describe this weekend’s traffic, merely noting that – now all the schools are on holiday – ‘This coming weekend, the summer tourist traffic starts in the hot phase.’ Sunday will be quieter. Similarly, Austria’s OAMTC says, ‘This weekend is expected to be probably one of the highlights (sic) of this year’s travel south’, i.e. the A13/A22 Brenner motorway, Innsbruck-Verona, as well as the usual Germany-Austria cross border jams, notably B179 Fernpass (last weekend however the A95/B2 crossing at Garmisch was quiet). The queues at Switzerland’s Gotthard Tunnel were noticeably longer on Thursday night ahead of the national day celebrations on Friday. That might knock a kilometre or two off the queues over the weekend, not that anybody will notice. As ever, if possible, the Tunnel should be avoided. Finally, Luxembourg is bracing itself for the summer influx as transit drivers take advantage of the cheap fuel. Extra staff and frequent fuel deliveries are being laid on but please note, the A31 south from Luxembourg to Dijon via Metz will be a jam hotspot this weekend. 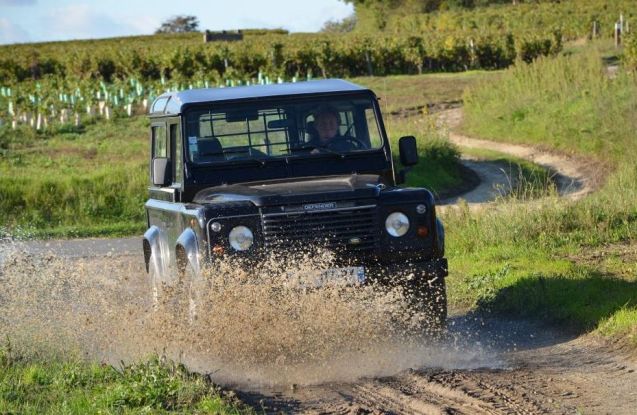 Vines in Action: off road along the trails and tracks of the Loire Valley, learning about wine, visiting local producers then picnicking beside the river. The Wild Vines Wine & Boat Safari at La Grand Maison d’Arthenay near Saumur in western France – five hours from Calais via Rouen and Le Mans – is a two night package which also includes, among other things, an afternoon’s sailing on the Loire, bed and breakfasts and a wine-tasting supper. €495 per person. English-owned. What a great way to start a holiday. See lagrandemaison.net or @FrenchWineTours

roundup: FRANCE. A 400 hectare forest fire closed the nearby A9 and A61 at Narbonne yesterday afternoon – on the major route to Spain – causing enormous tailbacks and multi-hour delays. No injuries were reported and the roads started to reopen at 19:30. After a trouble-free morning, fire struck again this afternoon though airborne firefighters were quickly able to get the flames under control. This stretch of road, along the western coast of the Mediterranean, has seen numerous and regular severe incidents recently, all resulting in massive delays. BULGARIA. Starting next week, traffic police will blitz social hotspots on Friday and Saturday nights – pulling over vehicles in batches of up to fifteen at a time – is response to a ‘dramatic’ rise in the number of fatal accidents so far this year (after years of falls). Meanwhile, truckers have called off plans to blockade capital Sofia tomorrow afternoon (Friday) after the authorities agreed to remove some roads from the Friday/Sunday summer 12t+ HGV restrictions. DENMARK. A zero tolerance approach to Drug Driving means drivers found with any cannabis in their system face fines of 4% of their annual salary and a three year driving ban (what penalty foreign drivers would face is not known). ‘Drivers should not drive for three weeks after they smoke,’ one officer told the Copenhagen Post. Experts say the regime is too harsh, and that the drug remains detectable for up to eight weeks after use, long after the effects have worn off. Police use a road side detector called the ‘narkometer’. 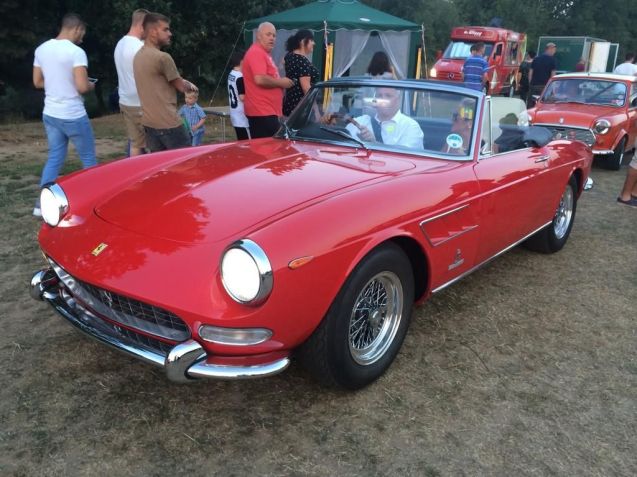 Classics on the Common, Harpenden: what started out twenty years ago as a few enthusiasts proudly showing off their lovingly restored motors on the village green has since deservedly grown into the UK’s biggest mid-week classic car show. Ultimately the corporate sponsors are sure to catch on. In the meantime it’s a delightfully English, haphazardly organised event where kids, dogs and the great unwashed are welcome to mingle with the chatty owners of some top-quality, multi-million pound machinery. Proceedings are normally called to a halt by the local constabulary as the light fades and owners cannot resist a few burnouts down the high street. It’s free too. See classicsonthecommon.com