Also, MyFerryLink gets a date for its Competition appeal hearing. Reindeer finally vacate a motorway tunnel in northern Norway. A new guide to Transfagarasan. Boris Johnson has a pop at Drivers’ Hours regulations, and the RHA pops right back. 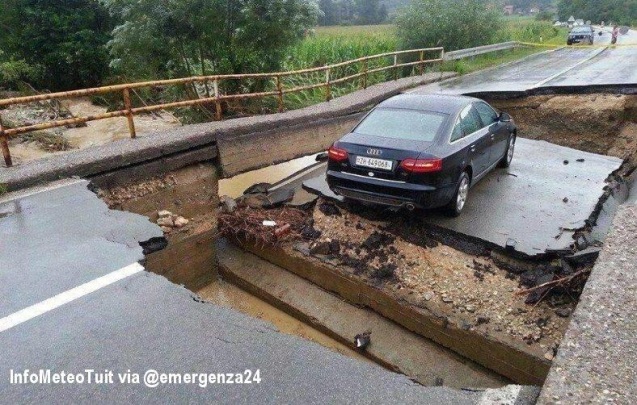 A second episode of major flooding in as many months hit Bosnia last night (Tuesday), this time mainly affecting the north and east. Like in June it will take some time to repair the damage. Keep up with latest via our Daily Briefs, or see the FCO travel advice, see links above. 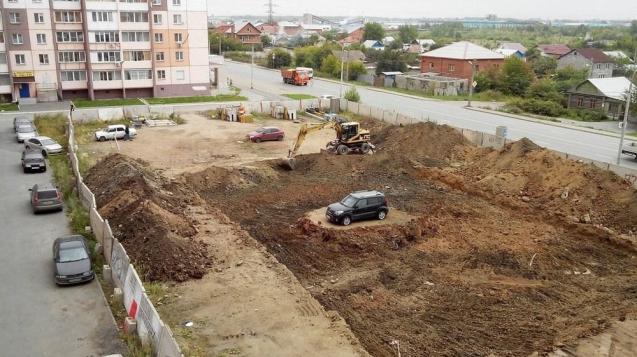 A similar thing in Russia though for entirely different reasons. Photo via @IlyaVarlamov.

Public service announcement from @FCOtravel: don’t throw fags out of the window in Spain because you will be fined (in parts of Switzerland too). The FCO’s current campaign is to get holidaymakers to read up on local customs before heading abroad. The FCO’s travel advice is always worth a read as are the AA and RAC driving abroad pages. Also, the European policing federation TISPOL.org publishes easy-to-read driving guides written by local coppers. Really handy is the EU’s new Driving Abroad app, for cars and trucks. It’s free to download and you don’t have to be online to use it.

1972 Russian land speed record car, CHADI-9 with 5000ft of thrust. If you know anything more about it get in touch with @Oli_Morgan 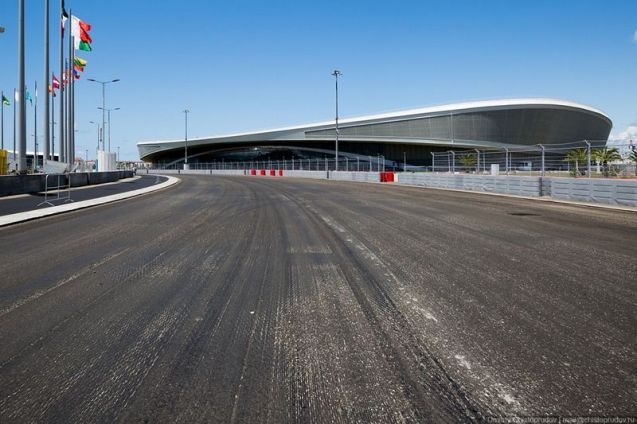 Work continues at Sochi Olympic Park ahead of the first Russian Grand Prix for 100 years. The action kicks off at 07:00 on Friday 10 October. Photo Dmitry Christoprudov. See more at EnglishRussia.com

roundup: EUROTUNNEL/MYFERRYLINK CASE. MyFerryLink’s appeal against it being barring from Dover will be held on 24 November says the Competition Appeal Tribunal. NORWAY. The RV94 motorway has reopened this morning after reindeer finally abandoned the Stallogargo tunnel near Hammerfest. The herd took shelter after temperatures rose above 22 degrees on Monday. Authorities said they had no choice but to wait it out. Cattlegrids may now be installed. Drivers are being warned to take extra care in tunnels during warm weather. ROMANIA. Polemic from British expat Bucharest Life editor Craig Turp on why tourists should be charged to drive the Tranafagarasan mountain pass. The high altitude road is particularly popular with Polish people apparently. He also debunks the myth that Transfagarasan was built as a strategic road saying it was merely a status symbol for former dictator Ceausescu. Anyway, sister publication InYourPocket now has a comprehensive guide to Transfagarasan, including hotel listings. DRIVERS’ HOURS. The headlines were captured by Boris Johnson announcing his intention to stand for parliament in a speech at Bloomberg’s headquarters yesterday. Less scrutinised was his singling out of Drivers’ Hour’s regulations as an example of ‘over-prescriptive’ EU regulation. The Road Haulage Association meanwhile was said to be left ‘incredulous’ at the Mayor of London’s attack.

Despite the 2012 timecode, this video purports to show a driver in the Donetsk region of eastern Ukraine under fire earlier this week. Either way – and incredibly – the man escaped unharmed: