In the past few days, air quality concerns have seen a rash of announcements on new vehicle restrictions, in Paris, Madrid, Barcelona and Lisbon.

Also, photo: despite some traffic issues in capital Nicosia, the literally ground-breaking Cyprus Rally was hailed a success. 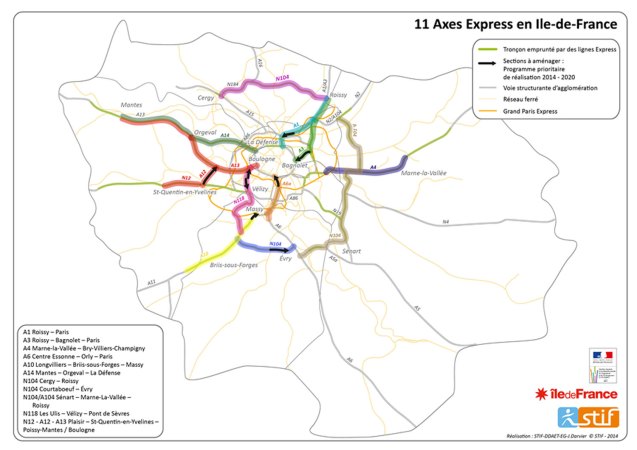 Air pollution in Paris is back in the headlines again following the ‘crisis’ in March.

After a record spike in particulates was detected last week, levels are expected to be raised again tomorrow (Wednesday 24 September). Resident’s parking will again be free and drivers have been advised to avoid the Ile de France (Paris) region.

Speed limits are likely to be reduced, to 110kph on motorways and 60kmh on the peripherique ring road.

In the wake of last week’s pollution it was reported on Monday that the city will start to charge truck tolls using the equipment installed for the currently suspended ‘Ecotaxe’ system.

From 1 October, truck movements will be registered on the peripherique and other motorways in the Ile de France region.

Next January the system will go live, charging an average €0.13 per km.

With the scheme yet to finally accepted by the city council – a vote is expected on 29-30 September – it is not clear how and when the system will apply to foreign registered trucks.

The city says the ‘modest charge’ is designed to discourage international freight traffic from the Paris region.

Meanwhile, the council will install a new network of high-occupancy priority lanes for taxis, buses and car-poolers.

From January, the hard shoulder on the A1 between the Charles de Gaulle airport and the city centre will be a new ‘express road’ during rush hour with parts of the A6 and A86 ring to follow in the second half of the year.

By 2020 there will be a total of eleven express routes covering the major roads.

See below for new anti-pollution measures announced this week in Madrid, Barcelona and Lisbon. 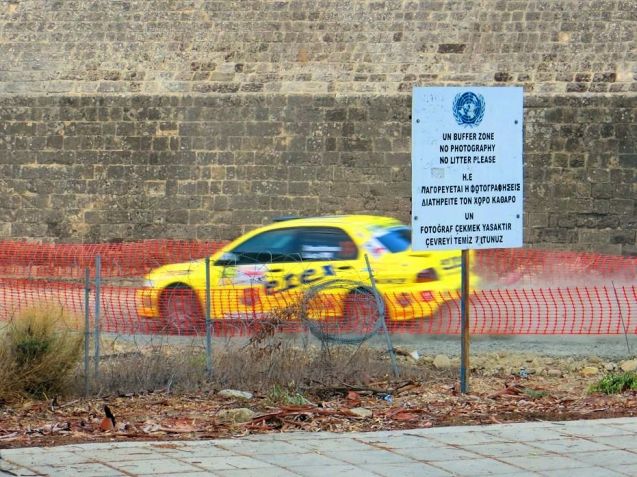 CYPRUS RALLY. Police say they were not consulted over the arrangements for the special city centre stage in capital Nicosia on Friday afternoon according to the Cyprus Mail. Part of the route ran through the United Nations-controlled buffer zone between the Greek Cypriot and Turkish areas of the city leading to major road closures and hours’ long jams for locals. Despite this, the rally was billed and hailed as the biggest shared event in the country’s troubled recent history. Eventual winner Yazeed Al-Rahji survived damaged steering on the city stage, and a rally-long dice with second placed Kajetan Kajetanowicz, to claim his first victory in the European Rally Championship, the eighth winner in nine events so far this year with two rounds remaining. Ford Fiestas took the top three places. Skoda driver Esapekka Lappi retains his title lead despite not competing in Cyprus. The ERC moves next to the Valais, Switzerland, 23-25 October. See fiaerc.com. Photo @UKinCyprus

roundup: Madrid has announced two new neighbourhoods in the city centre will be off limits to almost all but resident’s traffic from 1 January; just trucks making deliveries will be entitled to enter side roads in Sol and Palacio in the southern part of the city and then only between 10-13:00. Regular traffic will be able to use major thoroughfares and access parking garages says El Pais. Ultimately the entire city inside the M-30 ring road will be a Low Emission Zone (LEZ) though further measures will have to be confirmed by the next administration. Parking charges already vary by vehicle emissions. Meanwhile, during pollution alerts, Barcelona will raise road tolls by a quarter and cut public transport fares by half reports thelocal.es. Lisbon will also tighten its LEZ by banning all vehicles made before 2000 from the very centre of the city and all made before 1996 from the urban area says Portugal News. As now, historic vehicles will be exempt.