Luxembourg considers its own vignette road toll as it emerges the subject is under consideration for the whole of Europe. Plus, more details on the upcoming German ‘foreigner vignette’.

Bausch (centre) and Dobrindt (centre left) at an earlier meeting, to open the new Mosel bridge between Grevenmacher and Wellen in June.

Luxembourg is considering its own vignette road toll.

The news comes after an ‘informal meeting’ of three EU transport ministers in Munich yesterday with the architect of the German ‘foreigner vignette’ Alexander Dobrindt.

Afterwards, Luxembourg infrastructure minister Francois Bausch told wort.lu, ‘We need to think about how to deal with this, in order to avoid Luxembourg coming in second.’

He also called for a ‘Europe-wide solution to road taxes’ since, apparently, ‘an increasing number of countries are considering such a move’.

It also emerged that, in border areas, the German foreigner vignette will only apply to motorways and national highways, and that it will be made ‘less discriminatory’ for foreigners by changes to the payment system and German road tax. A revised bill is due in October.

Earlier this month Luxembourg Prime Minister Xavier Bettel described the German road charging plans as ‘contrary to the idea of Europe’. He also hinted the Duchy would introduce its own version though this was later strenuously denied by his spokesman in a long twitter exchange with journalists.

However, a few days before, following another ‘informal meeting’ of transport ministers in Milan – of all EU countries this time – outgoing European Commission Transport Commissioner @SiimKallas tweeted, ‘Yes to more road charging for stable infrastructure funding; in fair terms. No to single EU-wide road tax.’

It seemed a strange comment to make at the time since road charging was not on the agenda, and was not referred to in the statement issued afterwards.

Super-fast French rally driver Francois Delecour will race Tuthill’s Porsche 911 GT3 RGT at the French round of the World Rally Championship in Alsace next month. With the car also allowed more power the entry will be a big step up from last month’s Rally Germany where Tuthill secured the first WRC championship finish for a 911 in twenty years. This time the team is targeting a top 15 spot. Delecour tried to enter a 911 in the WRC in 2007 but, he says, was barred by competing manufacturers jealous of the attention the car was sure to get. Fellow French rally driver Romain Dumas will also rally a 911 in France, a higher powered 4.0GT3 RS… With just a few days until the Paris Motor Show there’s still no hint of a long-rumoured road car rally-style 911, the Safari.

roundup: NETHERLANDS. New road signs will tackle the ‘unrestrained growth’ in road signs say the transport minister. What she means is new standardised signs will be brought in next year to tidy up ad-hoc notices used locally. Read up on the current crop of Dutch road signs, in English, here. BELGIUM. Minor traffic fines may not be imposed next week as part of an on-going dispute over retirement benefits between police and employers. However, speed cameras will still operate and serious offences will be prosecuted. Will update. ITALY. Roads agency ANAS will receive a windfall €1.552m to spend on modernising and upgrading safety on its 25,000km network reports Agi.it, part of the ‘Sblocca Italia – Unblock Italy’ major infrastructure spending initiative. We hope they mean €1.5bn, we did ask, but even that will not go very far… CROSSING THE CHANNEL. Freight rates will increase by 15% next year as new low-sulphur rules due 1 January add €110,000 per day to the fuel bill Stena Line said in a statement today. There’s no word yet on how passenger fares will be affected. 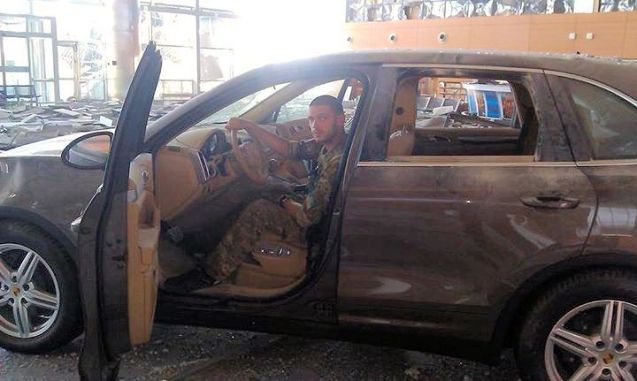