See below for The Week Ahead.

ROADS: A2 from Faversham towards Dover closed between the junctions with the M2 and the A28. Road re-opens 06:00 Monday. Recommended to take the M20. See below for road closures France.

Sunday traffic: not expected to be particularly busy. (update: very busy this evening). Most of the half-term traffic departed (early) yesterday with few returns due as yet. That said, decent weather – 30⁰C+ in south west France and Spain – may mean busy roads to and from the coasts. Switzerland is expecting some queues northbound to the Gotthard Tunnel. Lyon’s N346 ring road is closed northbound for the rest of the weekend, and the A630 ring Aquitaine Bridge both ways in north Bordeaux today.

Many minor roads northbound to Munich busy but no major delays. A96 southbound to Bregenz, road works at Leutkirch delay 55mins.

Earlier: now no delay A10 at Orleans, A5 to Karlsruhe. A58 eastbound into Breda, clearance work, delay down to 10mins. A2 westbound out of Hannover, earlier accident, delay down to 20mins.

The Week Ahead: the international road crime campaign ‘Operation Trivium’ is broadcast live on the internet. The EU Transport Commissioner gets a grilling from sceptical MEPs. Snow due in the Alps. P&O launches a slick new website. And we go on holiday. 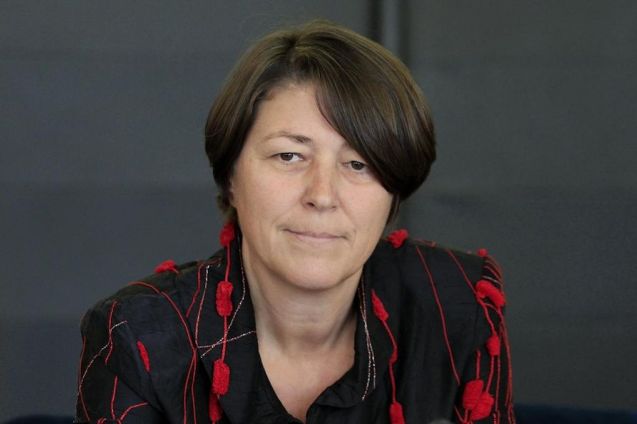 Operation Trivium Live: footage from the third national operation targeting foreign criminals on UK roads will be broadcast live from 13:00 on Wednesday 22 October. Supported by every police force in England and wales, with observers from Belgium, Denmark, Latvia, Ireland, Italy, Spain, Lithuania, Poland and Romania, Trivium 3 runs until Friday. Watch it here, read more here or see #optrivium on Twitter.

EU Transport Commissioner hearing: the in-coming EU president has a second attempt at getting his nominee past MEPs (after the previous one was reshuffled). Slovenia’s Violeta Bulc raised eyebrows initially with her interest in shamanism and fire walking but has since impressed with ‘hard work and focus’. She’s completely new to transport. It’ll either be a car crash or a triumph. Watch it live here from 19:00CEST on Monday.

Alps snow: a very mild weekend is set to be followed by a much colder week with snow forecast in the Alps by Wednesday (it’s already snowing in Moscow). Thanks to the so-far unseasonable temperatures all mountain passes are currently open (Albula has reopened). However, Great St Bernard Pass in south west Switzerland closes tomorrow, 20 October, as always. Mug up on winter tyre rules around Europe here. Keep up to date with pass closures at the ADAC (German only).

New P&O website: the Dover-Calais operator is finally launching it’s long-time-coming, all singing, all dancing website this week. Maybe. In Germany only to start with – see poferries.de – but rolling out over here soon. Passengers will be able to slickly mix and match routes, manage add-ons and reserve special offers, among other things. It’s on mobile too. Check out the English preview here.