A large rise in road deaths in October could be followed by an even larger increase this month. Expect no let-up from traffic police. 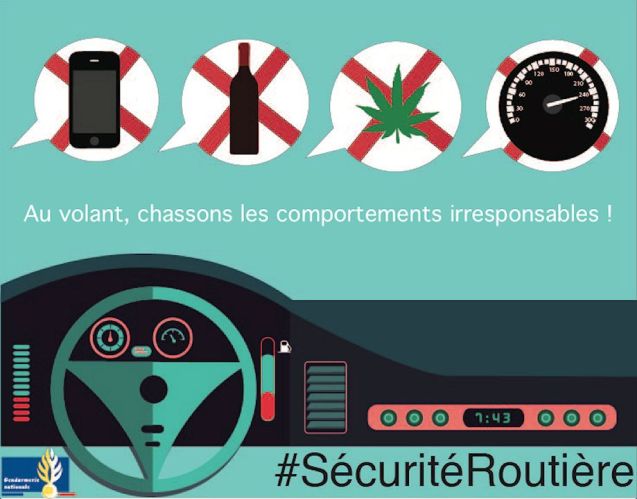 The latest road safety campaign in France. Via @Gendarmerie

Fatal traffic accidents in France were up 13.6% last month compared to October 2013.

After a difficult early part of the year, see below, it had seemed like the authorities had regained control. Now however, the country faces an overall increase in road deaths this year after twelve years of falls.

While all road user categories have shown rises so far this year, the largest increases have been for pedestrians and cyclists (up 7% and 6% respectively).

October’s rise will be especially troubling because the same month in 2013 was one of few last year where fatalities rose (by 2.7%) compared to the year before.

Worse could be to come. November 2013 was another outlier month when deaths fell by 15%. Should the October trend continue – and with no new initiatives on the way it looks possible – the authorities could be faced with another headline grabbing rise, as earlier this year.

To recap, unmarked speed camera cars introduced in March 2013 led to immediate large falls in the number of fatal accidents in France (down by 27% that month).

The effect quickly wore off meaning corresponding large increases in the same months this year (up 28% in March 2014). By this July – following a re-launch of the camera car initiative – numbers were again on a downward fall (by 11.6%).

The upshot for drivers is to expect no let-up in traffic police vigilance. The early success of the unmarked camera cars at least proves that speeding is a major factor in fatal accidents.

A statement on the figures from Securite Routiere says, ‘Law enforcement will continue to play its part.’

While police deny they specifically target foreign cars the oft-quoted statistic is that a quarter of speeding offences are committed by foreign motorists, rising to fifty percent in the summer months.

There are no figures however to say how many foreign drivers are involved in fatal incidents.

While overall road deaths fell by an impressive 11% in 2013 that only brought France down to just below the EU average (50 versus 52 deaths per million inhabitants, the ‘road safety measure’).

Recent figures however suggest that French motorways are among the safest in Europe.

France is not the only EU country struggling with road safety. Both Ireland and Luxembourg saw a worsening record last year, the latter for the second year in a row. Germany is also said to have seen an increase in serious crashes so far this year.

Meanwhile, the dangers to vulnerable road users are also being highlighted in a range of other countries, from Switzerland to Bulgaria. 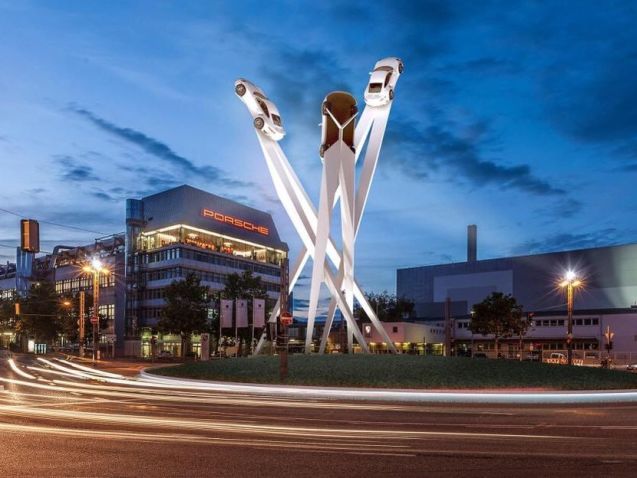 Porsche has submitted a planning application today to erect this Goodwood-style sculpture between its museum and factory on Porscheplatz in Zuffenhausen north east Stuttgart. Twenty four meters high, and ten wide, each of the three steel spikes has a different 911 model at the top to represent fifty years of the car’s manufacture at the site. Presuming permission is granted, the sculpture will be built next summer and unveiled in the autumn.