The UK ferry industry marks National Ferry Fortnight with a range of tailored special offers, many aimed at families. Book in the next two weeks for travel throughout the year.

A round up of the discounts only available for the next two weeks, mostly for travel throughout this year. 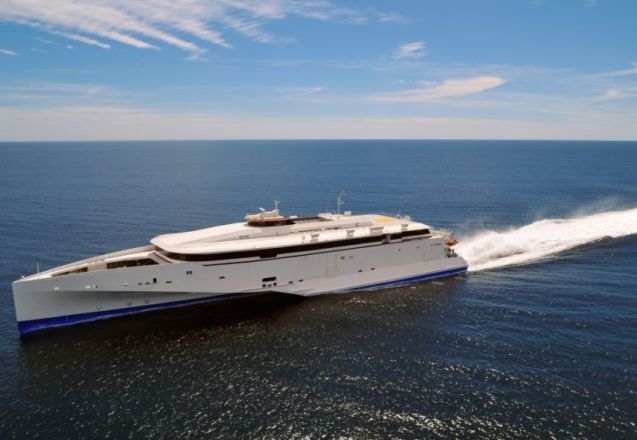 All six ferry operators running services between the UK and the Continent have tailored offers to mark National Ferry Fortnight starting today.

Most need to be booked before 15 March but many apply to travel throughout the year, including the Easter and Summer holidays. Click the operator links for more, or see #NFF2015 on Twitter.

P&O – half price Club Lounge access (normally £12pp) and/or pets travel for free (normally £15 each way per pet Dover-Calais) if booked before 15 March for travel until 31 December.

MyFerryLink – free upgrade to flexible MyChoice fare, i.e. no amendment fee, just the difference between the original fare and the new one for bookings until 13 March for travel until 10 May.

Also, free child’s meal with every adult meal for crossings 27 March-10 May, including Easter holidays. Both with booking code NFF2015.

Condor Ferries – free upgrade to Ocean Plus class on brand new Condor Liberation if booked before 15 March. Online only using code NFFUPGRADE for travel before November excluding selected peak dates and sailings to and from France.

Stena Line – kids, pets and bicycles travel free between Harwich and the Hook of Holland throughout 2015 if booked before 15 March.

The world’s first tripledeck tunnel will open in Istanbul in 2020 it was announced on Friday. Stacked tunnels are suddenly all the rage since Paris’ A86 ring Duplex Tunnel showed the way in 2009 and, now, the A2 in Maastricht. Escape routes and ventilation can be contained in a – relatively simple – single bore structure. The 17m diameter Istanbul tunnel will stretch 6.5km under the Bosporus just to the north of the city centre at a cost of €3.5bn. It’s one of a number of massive infrastructure projects in the Turkish megacity currently, including the Marmaray rail tunnel, which opened in 2013, the Eurasian (road) Tunnel set to open next year and, this year, a third Bosporus bridge, at the north end of the Strait, and a new airport.

roundup: TURKEY-BULGARIA. A national holiday in Bulgaria tomorrow has led to a shortage of border guards and big border delays reports Novinite.com. Up to 11km queues of trucks at Kapitan Andreevo and 10km at Lesovo built up over the weekend. The situation is unlikely to improve before Wednesday. SERBIA. Three people are under arrest after the horrific crash involving 54 illegal immigrants packed into a minibus near Lescovac late last month reports B92.net. One man died and two more are still seriously injured. All the migrants are from Bangladesh and had crossed from Macedonia. NORWAY. Four cars containing eleven people were buried by an unexpected avalanche late yesterday afternoon on the E39 road north of Bergen, at the Masfjorden Tunnel at Olsbotn. The weight of snow crushed the windscreen of one car inflicting minor injuries on two occupants. All others escaped without injury reports NRK.no (via @Nordic_News). Parts of central Norway, further north, had been under amber alert for avalanche earlier in the week. BELGIUM. Work to complete Antwerp’s fearsome R1 ring road, one of the most jam prone stretches of road in Europe, will start in 2017 reports Decredactie.be. The long-running project, first proposed in 1995, called the Oosterweel Link, will complete the ring road in the north west, under the Schelde River and through the docks area at a total estimated cost of €3.3bn. Initial plans had been for a succession of tunnels and bridges, with trucks banned from the existing Kennedytunnel in the south, but the latest thinking is to bury the road entirely. No end date has been announced.