UPDATE: ‘circulation alternee’ will not be applied on Tuesday 24 March. More later. 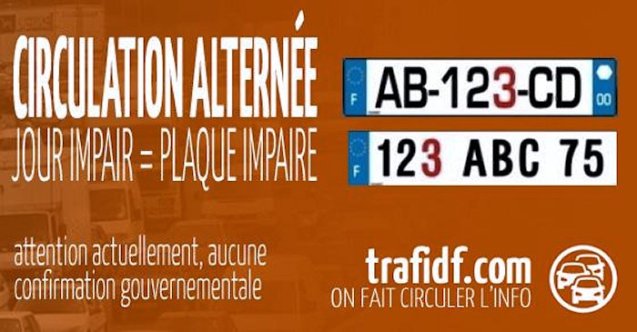 Despite pollution levels having returned to normal today, so far it seems Paris will press ahead with traffic restrictions tomorrow (Monday). Current forecasts say fine particle pollution will peak again tomorrow before dispersing.

After much too-ing and fro-ing last week, the Paris Prefecture of Police and the government finally agreed to ‘circulation alternee’ yesterday.

It means only vehicles with the three number grouping on the registration plate ending in an odd number will be allowed to drive in the city from 05:30 (followed by even numbers on Tuesday if conditions persist).

The restrictions do not apply to foreign registered vehicles, or any vehicles carrying three or more people, or the A86 super-peripherique ring road.

There are also no confirmed measures to divert transit trucks away from the Paris region.

Drivers returning even numbered rental vehicles inside the A86 are also exempt.

See here for the full list of exemptions see here (French only).

Public transport has been free throughout the Paris region all weekend and will continue on Monday. 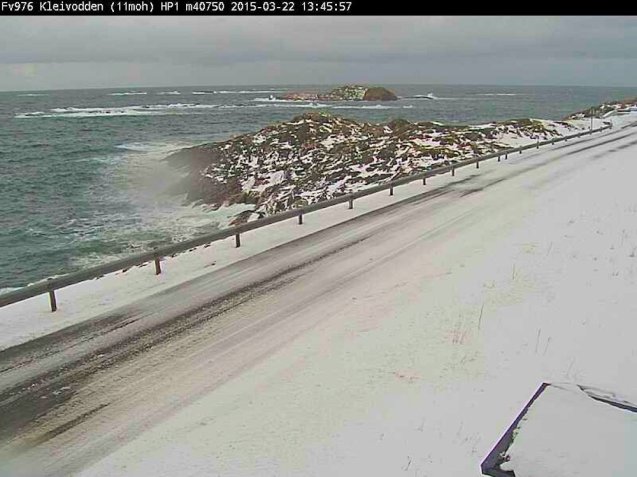 A racing line beginning to emerge on the Fv976 coast road on Andoya island in northern Norway this afternoon, not far from the NATO airbase at Andenes. Webcam photo via Vegvesen.no