A heads up on tomorrow’s 24 hour ‘Speed Marathon’ around Europe.

Plus, a quick look at Latvia, east and west. Maintenance closures at Mont Blanc and Frejus tunnels this week, and an very inconvenient road closure in the French Alps. Portugal adopts the Swedish road safety model. 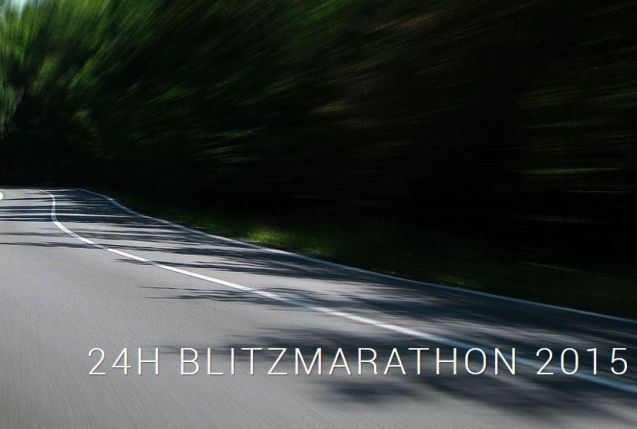 An all-out police anti-speed campaign might seem a bit incongruous in Germany, the country where two thirds of the motorway network has no speed limit at all.

Nevertheless, from 06:00 tomorrow (Thursday) until 06:00 on Friday, 13,000 traffic officers will monitor traffic from 7,000 different locations around the country.

Germany is just one of twenty two European countries in all to hold ’24 hour Speed Marathons’ tomorrow, all co-ordinated by TISPOL, the European Traffic Police Network.

TISPOL President Aiden Reid says, ‘The speed marathon is all about prevention. We want drivers to think about the speeds they choose; speeds which are both legal and appropriate for the conditions. By doing so, they will be reducing the risks they face and the risks they pose to other road users.

That’s why we encourage participating countries and police forces to publish information about the precise locations of speed checkpoints in advance. We want to get into the heads of drivers, not their purses.’

Finland, Estonia, Latvia and Lithuania seem to be taking tomorrow’s event particularly seriously with joint speed checks and border controls along ‘Via Baltica’. Meanwhile, one thousand officers take part in Serbia and there will be ninety speed checks in Cyprus according to TISPOL.

The Speed – or Blitz – Marathon concept was pioneered in Nord Rhein Westphalia in 2008.

In an effort to engage drivers, not only are the sites of speed controls publicised but citizens can also nominate locations themselves. See this list of German locations from AutoBild.de.

This is the first pan-Europe Speed Marathon but the third in Germany where, last September, out of three million drivers monitored, 93,000 were caught speeding.

There seems to be an unofficial competition to bag the fastest driver. Last year the title was claimed by a driver in Reutlingen, Baden Wurttemburg, at 238kph in a 100kph zone says the ADAC.

Random west and east Latvia: Kuldīga, in the west, is the pearl of Latvia – distinctive architecture and the River Venta with the widest waterfall ledge in Europe says @OttoOzols. Meanwhile, see this *really interesting* profile of Daugavpils in east Latvia, birthplace of abstract artist Mark Rothko, ‘A Complicated Latvian Future, Haunted by the Soviet Past’. Local writer Will Mawhood asserts the majority Russian-speaking city will not become the ‘Baltic Crimea’.

roundup: FRANCE. Due to maintenance work, the Mont Blanc tunnel will close overnight Thursday and Friday, 23:30-4:30 am. At the same time there is alternate traffic at the Fréjus Tunnel, 22:30-06:00. Meanwhile, the N1091 between Grenoble and Briancon in the Alps is shut both ways at Lake Chambon after cracks were discovered in the tunnel following a landslide. The detour is either the N85/N84 via Gap, or A43 Frejus Tunnel, either way a hefty extra mileage (both via autoroute.info). Chambon could be shut for three weeks – update: the tunnel is likely to be shut until 15 June according to local reports. The council is exploring a ferry across the lake and/or reduced tolls at Frejus but the area is probably best avoided for the time being, if possible. PORTUGAL is to adopt the Swedish ‘Vision Zero’ road safety model reports Radio Sweden. Road deaths dropped 3% in 2014 to 59 per million inhabitants (the road safety measure) but that is still above the EU average of 50.5. Vision Zero was conceived in 1994 and sets the target of no road deaths by 2020, mainly through the design of systems and infrastructure. Sweden traditionally leads the European (and world) road safety tables though last year road deaths increased by 3% to 29/mil, on a par with the UK.