Tour Auto drivers get their first taste of the mountains. Meanwhile, with the leader seemingly able to maintain a healthy gap over his nearest rival, attention shifts to the H1, H2 + I class where just one second separates the top two.

Today’s route might be much different if Tour Auto was held a little later.

Competitors would likely drive two particularly legendary mountain passes from the Tour de France, and the famous Pau Grand Prix circuit, run around the town almost every year since 1933.

As it is, cols du Tourmalet and d’Aubisque are still shut for the winter and the street race takes place next month.

Meanwhile the actual route shadows the arc of the east-west A64 ‘La Pyreneenne’ autoroute from Toulouse to Pau.

In fact, the first 60km of the day’s 370km is a blast down the A64 before the cars turn off at Cazeres and head up into the mountains.

From there to the lunch stop at Abbaye de l’Escaladieu – founded by monks in the 12th century, in a wooded valley at the confluence of the Arros and Luz rivers – the course does include two noted Tour passes, Col de Portet d’Aspet (D618) and Col de Mente (D44).

By coincidence @UndiscoverdPyr (Undiscovered Pyrenees) was cycling up Col de Mente at the time and told us, ‘What an impressive sight and sound, that number of classic cars heading up a col!’

After Bagneres di Bigorre, instead of heading south to D935 to pick up Col du Tourmalet (D918) at Sainte Marie de Campan, the drivers cut across to Lourdes on D26.

Similarly, following the Col du Soulor (D918) after Argeles Gasozt, the drivers then head north down to Pau instead of straight on to Col d’Ausbisque.

We’re not trying to imply the Tour Auto route is deficient – far from it – it’s just that drivers heading this way later in the year might want to include those roads.

Jean Pierre Lajournade and Christophe Bouchet in the Jaguar E-Type 3.8 again extended their lead – to 42s – over the second placed Cobra 289 of Ludovic Caron and Charles de Villaucourt in the overall standings. However, Shaun Lynn and Kevin Kivlochan in a second Cobra 289 have closed up now to less than a minute from the lead.

After a consistent forty odd second gap between the two GHI Class, G1 + G2 front runners for the last couple of days, Arnaud Gauduel and Alexandre Delaye in their BMW 2800 CS finally managed to pull out an extra 12s over the second placed Ford GT 40 of Philippe Vandromme and Frederic Vivier today. They maintain their seven minute advantage over the rest of the field with Philippe Belin and Stephane Soulet in a Mini Cooper S 1300 now in third.

Meanwhile, after the extraordinary dead heat yesterday – between Christophe van Riet and Kristoffer Cartenian in the Porsche 911 RS 3.0 and Didier Sirgue and Jerome Sirgue’s De Tomaso Pantera, at the top of the H1, H2 and I Class – the former is now one second ahead. The third placed Ligier JS 2 DFV has slipped a further two seconds behind, to +1m22. 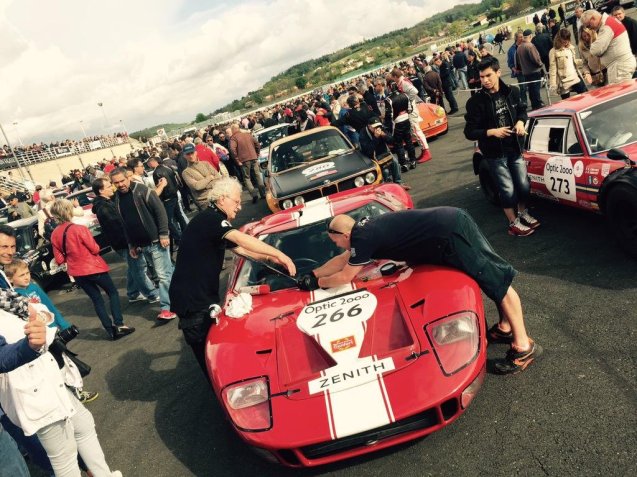 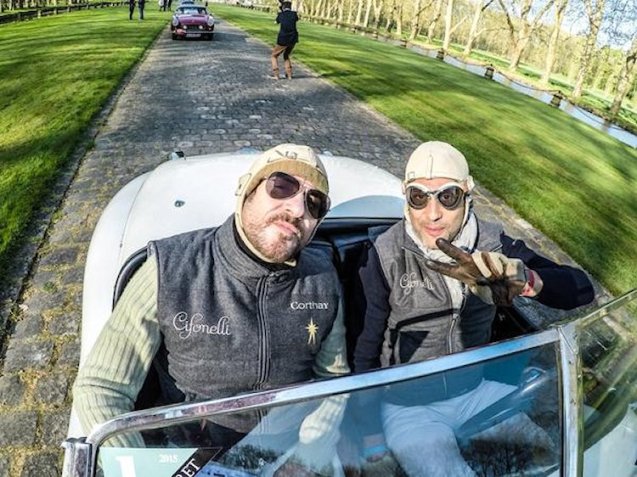