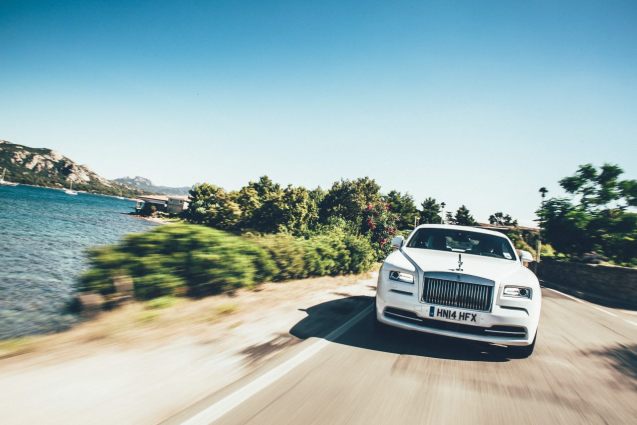 Predictions that the Russia sanctions would kill off the high rolling tourist season on Sardinia failed to deter Rolls Royce.

Like last year, the luxury car maker will host a pop-up dealership on the Promenade du Port in Porto Cervo throughout the summer.

Developed by the Aga Khan in the 1960s, the capital of the Costa Smeralda in the north east of Sardinia – arranged around a secluded inlet of the Tyrrhenian Sea – remains as much a billionaires’ playground today as it was then.

Potential Rolls’ customers can relax in the bespoke ‘Casa Fendi’ lounge – designed by the Italian fashion house – or take cars on test drives around the island, including in the new Wraith Port Cervo special edition, just three of which have been produced.

Meanwhile, mere mortals should know Sardinia is served by no less than thirteen different ferry routes, including Barcelona, and ports from Genoa in north Italy to Naples in the south.

With six ports on Sardinia to chose from, the best route is likely to be the one nearest the final destination. As the second largest Mediterranean island after Sicily, 300km north to south, it can take four hours to drive across.

The shortest ferry crossing is Civitavecchia (Rome)-Olbia with a sailing time of 7h30 and prices from €90 each way (Genoa is the nearest port to Calais at 1200km).

Sardinia is famous for its beaches, ‘all with exquisite powdery white sand and that cliché crystal clear turquoise water,’ according to DestinationEU. Apart from one beach in the north west, she says the best are to be found on the south and east coasts.

We hear great things about SS195 to the west of capital Cagliari in the south. For more challenging roads check out the route of Rally Sardegna, centered on the sandy roads around Alghero in the north west (and see this video taster).

The highest mountains are in the centre; Punta La Marmora tops out at a useful 1834m (6000ft). 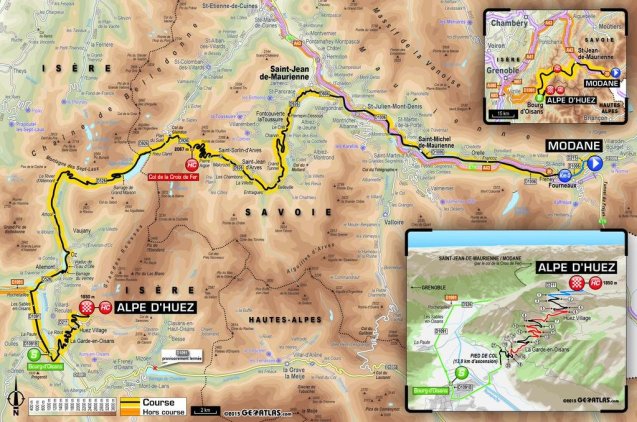 The landslide which cut the Grenoble-Briancon road at Lake Chambon in April has forced the Tour de France to rejig Stage 20 – the final day in the Alps – on Saturday 25 July. Instead of Col de Galibier on the 110.5km ride between Modane and Alpe d’Huez, the tour will repeat Col de la Croix Fer from the previous stage, albeit in the opposite direction. The day will finish as originally planned on the ’21 Bends’ of Alpe d’Huez. The overall route, starting in Utrecht on 4 July, crosses the north of France from east to west until Sunday 12 July. It then restarts in the Pyrenees on Tuesday 14 July heading east to the Alps. See more here. Find the locations of all French mountain pass roads on PassFinder.

roundup: CALAIS STRIKE. As feared, the unions behind Tuesday’s protest threaten a much larger strike unless Eurotunnel stops the sale of the MyFerryLink ships to DFDS. According to Lloyd’s Loading List, the Channel Tunnel operator has a deadline of 1 July – when the ships transfer to the new owner – or face ‘three or even four days’ of action which would make this week’s events ‘seem like a picnic’. Eurotunnel said yesterday it ‘cannot allow it to be believed that there is a better solution than that which has been put in place’. Meanwhile, UK Prime Minister David Cameron tweeted earlier that ‘The transport secretary will chair the COBR [emergency committee] to ensure we’re working with the French to have right plans in place if another wildcat strike in Calais.’ DOVER. Just over a week after it was announced the despised concrete high rise County Hotel building in the town centre is finally in line for demolition, Port of Dover has signed a ‘landmark’ redevelopment contract. The agreement with marine construction company GRAHAM is to finalise plans for the shifting of all cargo operations to the Western Docks. This will free up space to expand ferry services in the existing Eastern Docks (see ‘Dover Makeover’). The pair want to start building early next year and open the new Western Docks in 2017, alongside on-going works in the ferry port. The project promises to create 600 ‘quality’ jobs.