With a temporary ceasefire declared the recovery from the Calais strike continues apace. What might happen next week however is anyone’s guess. Article corrected.

Also, interesting pieces of European infrastructure celebrate important milestones this week. And, looking ahead to the weekend traffic: busy France, jams Germany and Switzerland plus major road closures in Belgium and Germany.

NO NEW STRIKES UNTIL TUESDAY 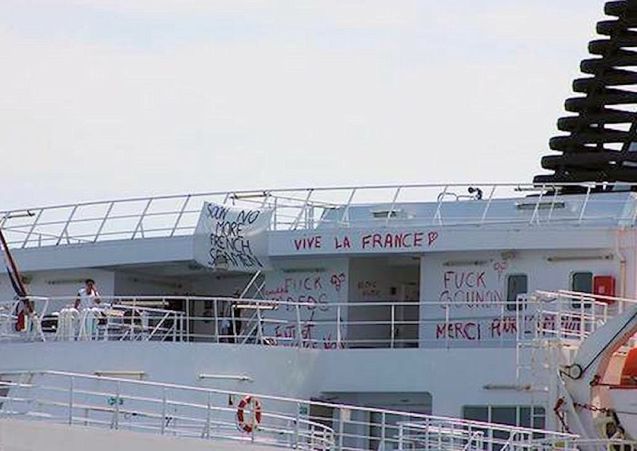 The boss of Calais threatened to throw a spanner in the works this afternoon but otherwise the situation continues to improve dramatically.

As P&O gets back into its stride Dover-Calais, DFDS continues with a four ship service Dover-Dunkirk, and Eurotunnel freight maintains a consistent six crossings per hour service, the Operation Stack freight queue on the M20 lifted hours ahead of time this afternoon, and similarly the trucks lanes on the A16, A26 and A25 around the French Channel ports.

The regular Sunday truck ban is being relaxed in Pas-de-Calais this weekend to allow remaining vehicles to cross.

Tony Essam found it slow going off the A26 this morning but got through without too much trouble. He is now on his way to the British Grand Prix. Truck driver Jockey Brown drove straight into the port after lunch and was not unhappy it took just 2h30 to check-in for the 17:55 boat back to the UK. Getting into Dunkirk however can take up to two hours.

Frustrated that one of his biggest customers was being prevented from mooring, Jean-Marc Puissesseau, President of the CCI-Opal Coast, threatened to shut the port entirely from 12:00 unless the strikers allowed DFDS to dock.

Thankfully he relented later in the afternoon but not without sparking a wave of anxiety.

Though they still occupy two former-MyFerryLink ships, the strikers promised not to escalate the action, for the time being, after a meeting with French transport minister Alain Vidalies yesterday.

However, as the British Ambassador to France Peter Ricketts tweeted this afternoon, ‘Relieved that blockage of Calais Port cleared and traffic flowing. But further disruption possible later next week so check travel advice.’

Vidalies was due to meet Eurotunnel boss Jacques Gounon today and will see DFDS boss Niels Smedegaard on Monday. The union is now due to meet the minister again on Thursday. It’s after that the fun may start again.

Also read the Independent‘s profile of strike leader Eric Vercoutre, ‘a man with everything and nothing to lose’, and about the British truck driver who himself blockaded the strikers after a meeting at the union offices in Calais!

Ageing Infrastructure: the Oresund Link between Denmark and Sweden (above) is fifteen years old this week, the Mont Blanc Tunnel is fifty and the Nardo test track in southern Italy is forty.

WEEKEND TRAFFIC: the first busy weekend of the summer in France as schools break up, particularly Paris today as drivers head to the south and west coasts, then Paris and the Alps tomorrow. Germany faces another very busy Saturday, likely busier than last week as the schools in Belgium and the Netherlands break up for the holidays. Traffic levels will be raised in Austria and Italy but next weekend is when the season really starts. Meanwhile tomorrow is a Black Saturday in Switzerland again with likely very long queues both ways at the Gotthard Tunnel. With delays of more than an hour, TCS advises drivers to use the alternative A13 San Bernardino route> However, access to the Gotthard Pass is easier now the alternate traffic road works are suspended at weekends.

Read more on coping with busy roads in France and Germany.

MAJOR ROAD CLOSURES: Belgium: A21 southbound to Antwerp at Zoersel, resurfacing. Reopens Monday morning. Germany, all in both directions: A3 Würzburg-Nuremberg, east Wurzburg from 19:30 Saturday to 07:00 Sunday; A5 Karlsruhe-Darmstadt at Heidelberg from 22:00 Friday to 22:00 Sunday; A7 Hamburg-Flensburg at Hamburg East 22:00 Friday to 05:00 Monday.

WEEKEND WEATHER: no relief from recent high temperatures says the BBC though some storms in north west France.