Far-right leader Marine Le Pen looks set to take power in northern France – but what can she do, if anything, about the Calais Migrant Crisis (not much by the sounds of it)?

WHAT MIGHT MARINE MEAN FOR THE CALAIS MIGRANT CRISIS? 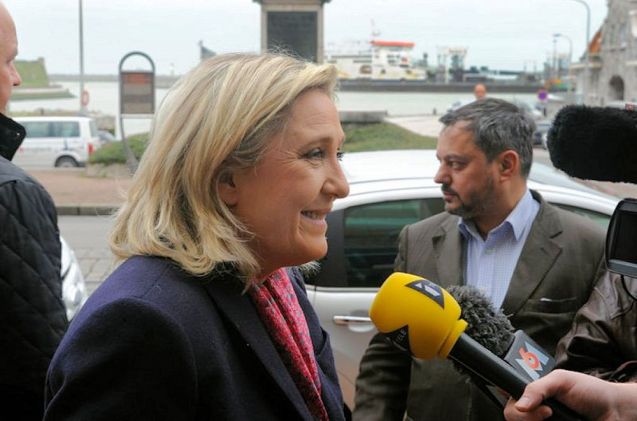 France’s far right Front National party won nearly 30% of votes across the country in yesterday’s first round of regional elections, more than 40% in the Nord Pas de Calais-Picardie region – contested by leader Marine Le Pen – and 50% in Calais itself.

The migrant crisis in Calais has not played a direct role in the election so far. There have been no campaign stunts in or around The Jungle migrant camp for instance.

However, after three nights of migrant and police clashes at the port last month, Le Pen said if she was elected head of Picardy Nord Pas de Calais she would ‘move heaven and Earth to force the state to ensure its duty of protection and safety on every square meter of our region’.

This would involve sending the migrants back to their countries of origin, she says, or refugee camps on the borders of those countries.

Quite how much freedom Le Pen would have to act is not clear. Having recently called local mayors ‘the first and irreplaceable cog in our democracy’ it is hard to see how she could then over-rule Calais mayor Natacha Bouchart, from Nicolas Sarkozy’s UMP ‘Les Republicaines’ party.

The newly-formed ‘super-region’ councils cannot make laws and their powers are limited to economic and business development, tourism, public transport, some schools and culture funding.

But it is surely inconceivable Le Pen would tolerate The Jungle, or could afford to politically as the Front National takes power for the first time in France.

The second round of voting takes place next Sunday (13 December). The Socialist candidate who came third in Sunday’s polling has now withdrawn meaning the second round is a straight fight between Le Pen and UMP’s Xavier Bertrand (who won 24.96% of the vote yesterday).

Update 8 December: according to a member of Calais mayor Natacha Bouchart’s team, Marine Le Pen said on France 3 Cote d’Opale TV last night, regarding the migrant crisis, ‘I could not do anything if I am elected as the head of Nord Pas de Calais – this question is not within the competence of a regional council.’ 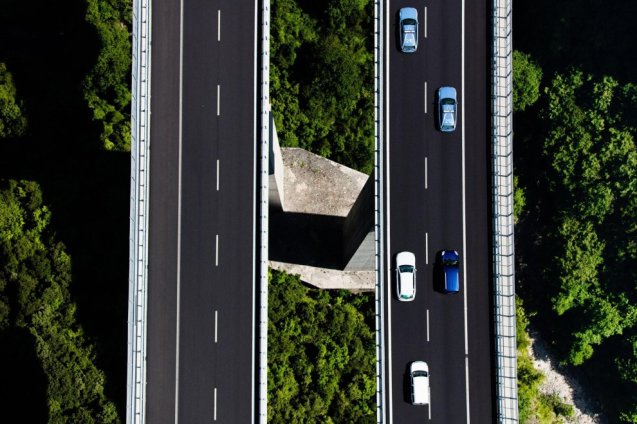 The Italian state police ‘Polizia di Stato’ 2016 calendar features photos taken by Massimo Sestini, winner of the 2015 World Press Photo of the Year. Sestini specialises in aerial – rather than drone – shots. The winning photo is a bird’s eye view of a boat crowded with refugees taken 25km off the Libyan coast (with a Canon EOS 1 DX). The calendar is available through UNICEF Italia.

roundup: LUXEMBOURG. A man was killed on the N12 near Wiltz in northern Luxembourg early on Sunday morning after a wild animal ran out in front of his car. The 59 year old from Portugal swerved into the path of an oncoming vehicle reports Wort.lu. Drivers should be extra vigilant in forested areas as autumn turns to winter. In general, animal strikes should be notified to police on 112. FRANCE. It is being widely reported that France is considering mandatory GPS trackers on rental cars as it looks to tighten security in the wake of the Paris Attacks. Such devices could also record speeding. More anon. BULGARIA. The first increase in the cost of the roads vignette since 2008 continues to go down very badly. Angry drivers held up traffic in cities around the country on Saturday for the second weekend in succession says Novinite.com. See more here.