Massive border delays with France mar what would have been a reasonable second winter changeover day. 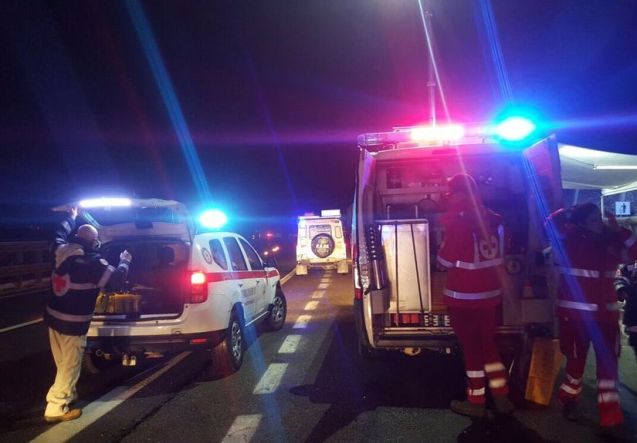 Drivers heading from Italy to France at the Mont Blanc and Frejus Tunnels faced delays of four hours yesterday which lasted well into the night.

The Prefecture of Turin was so concerned about the queues he called out the Red Cross according to Quotidiano Piemontese.

A combination of heavy traffic on the second winter sports changeover day and – particularly – enhanced border controls saw traffic backing up on major routes into France in the south and east.

Delays topped 3h30 on the AP-7/A9 Barcelona-Perpignan during the day as vehicles funnelled to one lane.

Drivers who waited for more than ninety minutes at Switzerland’s Gotthard Tunnel got off relatively lightly.

But those heading south on the notorious B179 Fernpass between Germany and Austria got stuck for more than 2h30 though this was due to sheer weight of traffic we understand.

The border delays were unexpected since, Spain-France aside, and the roads around Lille, the checks introduced in the wake of the Paris Attacks had seemed to be winding down (see more at Border Blog).

All that aside, and Fernpass, it was a reasonable changeover day, with no huge jams. The bulk of traffic headed down the mountains – rather than in both directions like last week – with queues starting noticeably later than usual. The first proper queue wasn’t seen on the N90 down to Moutiers and Albertville in the French Alps until 11:00.

Sunday: France border delays played a major role today too though they were much less at the Mont Blanc Tunnel, and the Barcelona-Perpignan road, while traffic was free-flowing at the Frejus Tunnel. The biggest problem was in Calais with drivers heading home facing a three hour wait in the afternoon at Eurotunnel, at least partly because, ’Border Control has not been able to open all the lanes,’ said the Chunnel operator on twitter. There were queues at Calais ferry port too.