The headline figures indicate another depressing year for road safety in France though the rising number of fatalities is all down to car drivers.

Also, a new entertainment for drivers stuck on the Paris Peripherique.

Big jump in fatal car accidents as other categories stable, or fall. 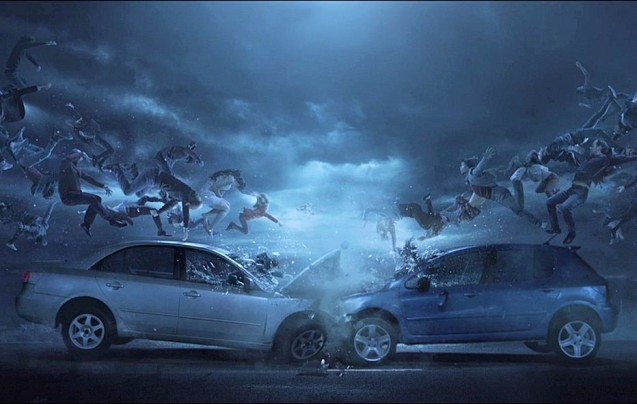 Shock Wave: a new road safety film makes the point that the effect of road accidents are felt among the friends and family of those involved. Photo Route Plus Sure

Despite road deaths rising for the second year running – after more than a decade of falls – there are still grounds for optimism on road safety in France.

The increase in fatalities of 2.4 % last year is significantly down on the 3.6% rise registered in 2014.

While 80 more people died on the roads in 2015, this includes 43 people killed in the Puisseguin Disaster in October. Without them, the rise would have been just over 1%.

By mid-2015 the growth in fatalities in France was accelerating. This means the situation was recovered in the last part of the year, momentum which will hopefully continue into 2016 (though December 2015’s figures should sound a note of caution: deaths were up 7.7%).

Fatalities among vulnerable road users were significantly down according to figures from road safety body Securite Routiere – by 5% for cyclists, 7% for pedestrians and 10% for moped riders. Truck driver and biker deaths were stable.

Car drivers and passengers however saw fatalities rise by 8%. Without the extra 135 deaths this represents – fifty of them killed on autoroutes – the overall rate would have fallen by 1.6%. 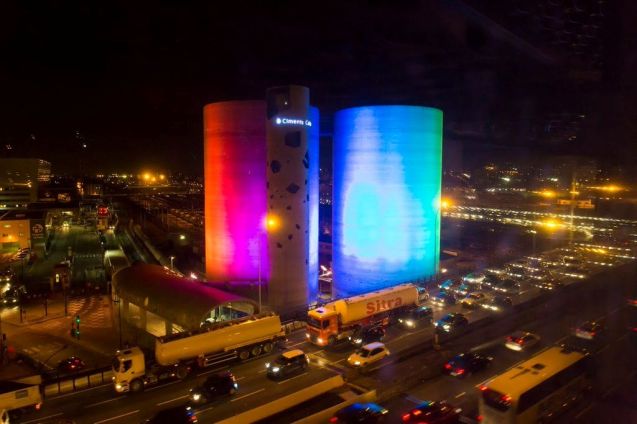 Drivers stuck on the Paris peripherique in the new ‘Rive Gauche’ district south east of the city centre are being entertained by a new ‘Solar Wind’ light show. Designed by artist Laurent Grasso, and projected onto two 40 metre high concrete silos right next to the ring road, the installation uses real time data from the CNES National Space Agency to visualise solar activity, even meteorites. More at Paris.fr