For all the fuss about the new Brussels pedestrian zone, we found it easier to drive around than before.

Also, Maserati takes on Istanbul. Sweden set to have the word’s first Electric Highway, plus experiments with ‘inductive charging’.

Controversy over new no-car zone not going away. 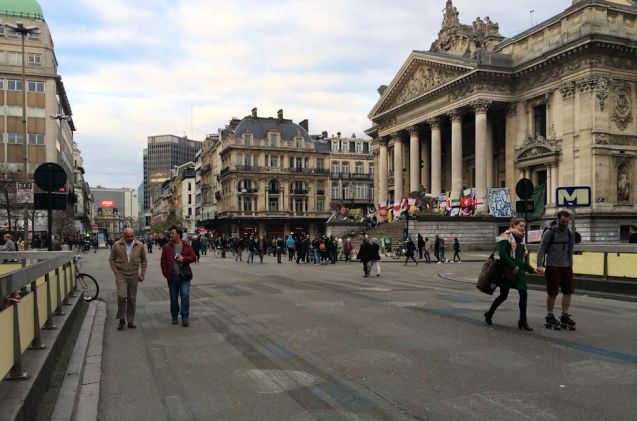 Brussels mayor of Yvan Muller was refused service at the Cecila restaurant recently in a spontaneous protest over the new pedestrian zone.

Many businesses complain of a ‘dramatic’ fall in business since the no-car zone was introduced last summer.

Cecila subsequently saw a ’spectacular’ rise in bookings according to Deredactie, proving support for the no-car zone is hardly universal.

One trader claims 99 percent of people are against it, though that is hotly disputed.

Meanwhile, as two roads reopen – Rue de Laeken to allow more access from the north, and Rue du Midi to help speed cars across the south – The Bulletin wonders whether the car-free zone is being steadily squeezed out anyway.

That comes after a road at the top of the zone was reopened to allow access to the storied Metropole hotel following complaints.

However, after struggling to drive around Brussels city centre previously, on a visit last month we were pleasantly surprised how easy it was to get around, even late on a weekday afternoon.

It was frustrating to be yards away from the Metropole at one point, yet had to go all around the houses to reach it, but it seemed logical and easy to drive anticlockwise around the pedestrian zone until we found the turning we wanted.

One thing not in dispute however is that Brussels is yet to make the most of the new car-free zone.

Flanders News reports the €3m budget to redevelop the new pedestrian zone was authorised several months ago but there is still little evidence of it on the ground and impatience is building.

roundup: SWEDEN. A 2km stretch of the E16 motorway to the west of Gavle in central Sweden is set to become the world’s first electric highway. Overhead power lines have been installed for heavy trucks with the first vehicles set to roll this month. The two year experiment is financed by national roads manager Trafikverkert as part of the country’s goal to have fossil-fuel free road transport by 2030 (and the whole country by 2050). The Electric Roads Project will be formally launched on 22 June. Meanwhile, Scania is due to start a real-life test of wireless ‘inductive charging‘ of electric buses. Specially adapted bus stops have had charging equipment installed below the road surface in Sodertalje, the manufacturer’s home town near Stockholm.