Wrong-way accidents caused by British drivers is not thought to be a major issue, but a couple of recent incidents serve as a hard-to-ignore wake-up call.

WAKE-UP CALLS ABOUT DRIVING ON THE RIGHT 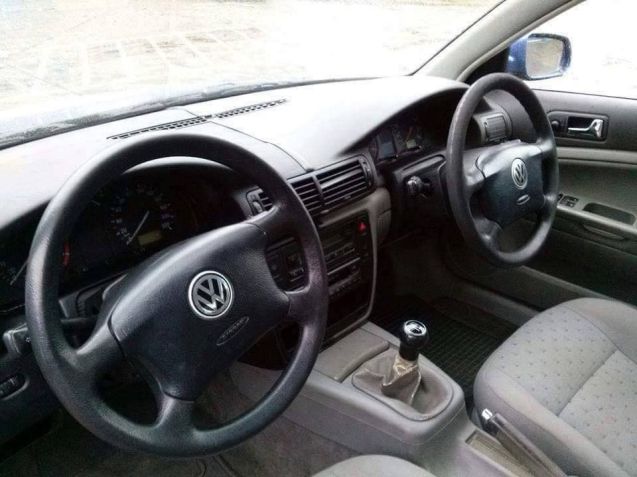 We have never made a big deal about the whole question of ‘Driving on the Right’.

In 40-odd thousand miles on the Continent it has never been a serious issue.

Neither the UK Department for Transport nor the EU keep statistics on accidents caused by British drivers on the wrong side of the road, surely an indicator it is not a major problem.

That is still broadly true. We rarely hear about them despite scouring European media 24 hours a day, reading every accident report. But a couple recent incidents indicates we should take the subject more seriously.

Last week’s accident near the Nurburgring should be a wake-up call for everybody.

A 38-year-old man at the wheel of an M3, so presumably a handy driver, ploughed head-on into a car while on the wrong side of the road.

His current condition is still unknown after he was airlifted to hospital on Thursday with ‘life-threatening’ injuries. The other driver escaped with minor injuries.

The mystery is how it happened. The classic scenario is getting confused after stopping briefly, like to re-fuel, but there are no filling stations along that stretch of the B412, or restaurants that we can see.

We had a near miss recently while trying to navigate out of Brussels and clearly not concentrating on the immediate task at hand – i.e. making the notorious left hand turn from a T-junction.

But for shouting and screaming from the passenger seat I would have carried on, accelerating towards a blind corner.

Meanwhile, last October a pair of Brits managed to drive 25km on the wrong side of the A9 autobahn in Austria, after stopping to refuel.

Despite driving through five tunnels, miraculously no-one was injured.

The best advice we have heard is ‘always put yourself in the gutter’ – i.e. the driver of a right hand drive car should always be nearest to the side of the road.

Note: ironically, wrong-way driving is a big problem on the Continent but rarely are the culprits British. In Germany there are seven incidents a day, and twenty people killed each year on average, mainly caused by mad, bad, drunk or drugged drivers. See more.

New 60 tonne, 25.25m ‘Mega trucks’ save 15-25 percent of fuel; could cut the number of vehicles on the road by a third; do not increase road maintenance costs; and there is no switching from rail to road, problems with braking, or major stress on the driver says a field test in Germany. Thirteen of the country’s sixteen states have now joined the trial, due to finish at the end of the year, announced the transport ministry yesterday. There are currently 145 mega trucks on the road divided between 56 operators with an authorised network length of 11,600km, up 900km on previously. However, over in Spain – where ‘megacamiones’ went into service on controlled routes last month – the CETM Spanish Confederation of Goods Transport says a lack of proper testing beforehand means operators face ‘a situation of legal and economic uncertainty’ as the rules could be amended at any time depending on experience in the real world. Photo @DGTes

roundup: GIBRALTAR. The government has written to the EU over ‘disproportionate’ checks on freight traffic through the Commercial Gate reports GBC News. The Spanish authorities increased checks in early March and they have continued since according to the Chamber of Commerce, inflicting extra costs due to delays on many businesses. Operators are encouraged to keep a log of any delays at the border. This issue also cropped up last year. One haulier told us he trans-shipped goods to a Spanish operator outside Gibraltar as an effective way to avoid lengthy delays across the border… NETHERLANDS. The new Belgium truck toll has seen freight traffic on major Dutch roads to Antwerp port increase by up to 10 percent as drivers avoid the new road charge. Road monitor VID says traffic on the cross-border A4 is up by 10 percent while it has declined by 7 percent on the A16 from Breda (which involves a much longer trip through Belgium). It also seems German hauliers have caught on too – traffic on the A76 Stein crossing into Belgium near Maastricht is down by 5 percent while the A67 further north at Venlo, which allows a clear run through the Netherlands, is up by a similar amount. So-called ‘displacement’ is a known by-product of tolls schemes as drivers seek out cheaper routes. Inevitably it increases pressure on the Dutch to develop their own road charge (see also a roundup at DutchNews.nl). Meanwhile, a legal bid to suspend the Belgian truck toll has been rejected says operator Satellic. Nearly 100 companies backed by union UPTR had wanted billing postponed until a court-appointed expert could confirm the system worked correctly. Satellic says 500,000 of its OBU On-Board Units have been issued with 430,000 in use. Up to 140,000 trucks use the OBUs on Belgian roads each day. The firm adds that it has seen a ‘remarkable decline’ in the number of enquiries at its call centre in the past two weeks. Hopefully the verdict will not see a return to the widespread road blocks seen immediately after the toll’s introduction in April.

2 thoughts on “Wake-Up Calls About Driving On The Right”