Eurotunnel takes the majority of Channel traffic for the first time

The number of cars carried by Eurotunnel jumped 7% in 2012 – to over 2.4 million journeys – despite the overall cross-channel market shrinking by 2.4% – according to figures published by the company yesterday. Its market share was 50.8%, up 4.4 points over 2011.

Total revenues for the year were up 14% to just short of the €1bn mark at €993.1m. The only fly in the ointment was a 3% fall in rail freight. Profits, or not, will be announced at a later date.

Asked to comment on the UK’s anticipated ‘In-Out referendum’ announced the same day, Eurotunnel Group chief Jacques Gounon told the Daily Telegraph that 90% of Eurotunnel customers would be in favour of continued European integration… 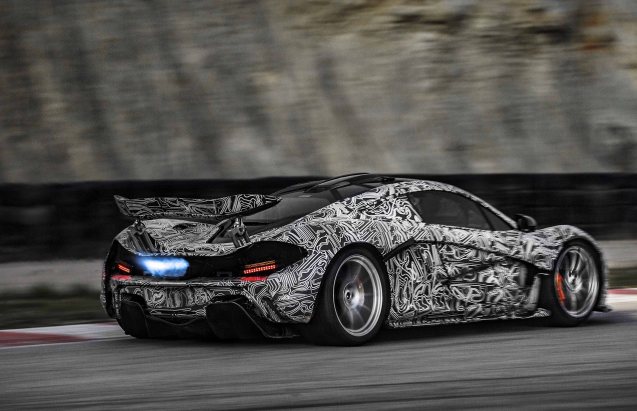 McLaren has released images of its new P1 megacar testing ahead of an expected reveal at March’s Geneva Motor Show. Precise details on price, power and performance – and luggage space! – are still scarce. McLaren did say that the camouflage graphic is made of up racing circuits important to the company in its near 50 year history.

Profs ask ‘why are traffic levels falling?’ (clue: it’s not the recession)

Who knew there were 32 transport professors in the UK?! The signatures on their open letter to the Secretary of State for Transport this week took up more space than what they had to say.

And though their call for Patrick McLoughlin to seriously consider road pricing was widely reported – there’s an enormous pile of similar reports somewhere in the Department for Transport – surely the most interesting bit is paragraph three:

‘Recent evidence from the UK and internationally shows signs of road traffic growth leveling (sic) off, even after accounting for lower than anticipated economic growth. These trends are something which the Department for Transport has never forecast and which we are only beginning to understand. Whilst a growing population may well exert an upward pressure on demand, the basis for major infrastructure spending decisions appears to be changing.’

A report by Google last year noted a similar trend. It attributed the drop off to social media; people these days have less reason to travel. But perhaps, 120 years after the car was invented, humanity has passed through the infatuation stage and car use is now settling down.

The all-new Chevrolet Corvette Stingray launched at the Detroit Motor Show, will be available in right hand drive in 2015. Extensive use of aluminium and carbon fibre sees a highly competitive kerb weight of less than 1400kg. Its 6.2 litre V8 engine – allied to a 911-style 7 speed manual gearbox – produces 450bhp. A removable roof panel completes the package. LHD cars arrive in Europe later this year priced around £50,000.

Twenty seven tonnes of burning cheese closed a tunnel in Norway last week and is expected to keep it closed for another two weeks at least. A truck carrying the load of Brunost, a Scandinavian sweet cheese, caught fire 300m from the southern entrance of the 3.6km long Brattli Tunnel near Tysfjord in northern Norway last Thursday. The blaze was still going early this week, causing extensive damage according to local reports.
Brattli tunnel has never been rated in the European Tunnel Assessment Programme though thirteen other Norwegian tunnels have, mainly in the south. The results were highly variable, often poor or very poor. An OECD report in 2006 noted the country has an exceptionally low overall traffic accident rate but said there was ‘considerable risk potential’ in Norwegian tunnels, particularly for fire.
Norway has 844 road tunnels, total length 768km, including the world’s longest, the Lærdal Tunnel at 15 miles, on the E16 Oslo-Bergen.

Local plans to raise the drink drive limit for rural drivers have been quashed by Ireland’s transport minister. Councillors in County Kerry passed the motion on Monday evening, to allow the socially isolated greater leeway on drink driving levels. The five councillors who voted in favour – seven abstained, twelve were absent – were all reportedly linked to the pub trade. The idea has since been picked up by another councillor in Galway. Ireland reduced its drink drive limit to 50mg/ 100ml of blood in October 2011. Road fatalities dropped to a record low of 161 in 2012.

Aston Martin’s four seat GT car has received a major update and been recast as an all out sportscar. The Rapide S has an all-new 6 litre V12 engine sitting 19mm lower. Power rises 15% to 550bhp while emissions drop by 7%. It’s available to order next month, prices to be announced. The current car retails at £150,000 though used values have now dipped below £80,000.

Someone apparently involved has rubbished claims there was a ’drunken rumpus’ involving DFDS crew members at the Arno shipyard in Dunkerque last week. Seventeen workers were reportedly suspended after the alleged incident. A reader calling himself  ‘fifteenth’ said there was no rumpus, no drunken disturbance of any kind or fisticuffs. Fifteenth, commenting on a local newpaper website, said the investigation started after two senior officers failed to turn up for work the day after ‘a few ship mates went ashore to the Seamens’ Mission to relax and have a game of pool’. DFDS did not respond to a request for comment.

Meanwhile, P&O Ferries has extended its ‘20% off all fares until 20 December’ offer until 31st January, Dover-Calais only. Book using the offer code 4EQ8H95936. The company is also offering 3 day returns for £38 and 5 day returns at £48 for travel before 28th March. Click for more.

Discount ferry site www.Aferry.co.uk is offering return fares for a car and two people for £99 for trips of up to 60 hours on three Brittany Ferries routes: Plymouth-Roscoff, Portsmouth-Caen or Portsmouth-St Malo. Book by 28th January for travel before 20th March. Click for more. 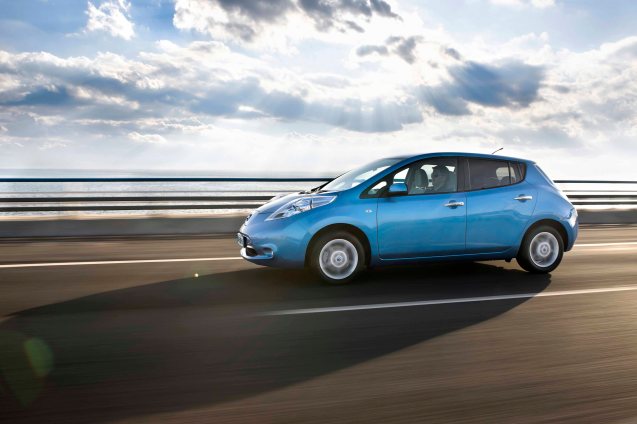 The government is adopting a wait and see approach to electric vehicles – both for sales of the vehicles themselves and the interoperability of charging infrastructure. The Office for Ultra Low Emission Vehicles was responding to a Transport Select Committee report on EVs. On sales OLEV says the evidence suggests it will be an ‘incremental and steady process’ though tougher global emissions regulations and the ‘startling’ benefits brought by EVs mean increasing sales are ’inevitable’. On interoperability it says different types of infrastructure each have different benefits benefits for customers and industry and that it is up to the market to decide (as we go to press it has seemingly been announced that the UK Department for Transport is aiming for 1.5m EV sales by 2020… to be confirmed).

Meanwhile, the European Commission announced today it would set minimum coverage of charging points in the EU by 2020 with a minimum 10% available to the general public, more details to follow.