It’s been a torrid week for Bulgaria. High energy prices sparked mass protests, the resignation of the government and talk of assassination. Roads were in the thick of it.

Plus a round up of news from Romania and Turkey. 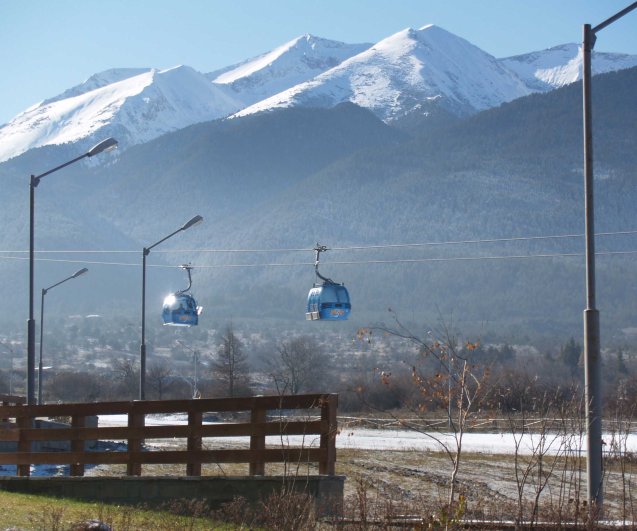 BANSKO, Bulgaria: In a rare piece of good news it was announced on Monday that ski resort Bansko will expand. We visited in December 2007 and had a great time. According to our ski guide, energy is a very sensitive issue in Bulgaria. The EU forced the closure of the Soviet-era nuclear power stations as a condition of entry, badly bruising national pride. The issue became live again in March 2012 when the government abandoned plans to build a new nuclear power station.

‘Incredible day of drama. Still trying to make sense of it. Hope & believe will be an orderly transition to stable govt,’ tweeted Jonathan Allen, UK Ambassador to Bulgaria, on Wednesday after the government resigned.

Since then there have been allegations of assassination plots.

Protests about high electricity prices and austerity have been on-going for some weeks. Last weekend it turned ugly in the capital Sofia with tens of thousands marching. Eight protesters were injured. The finance minister was later sacked.

Other protests around the country were peaceful, including a 3,000 person blockade on the E79 to Greece at Blagoevgrad on Sunday.

Maritsa, the A4/ E80, part of pan-European corridor IV, to connect with the main Sofia-Burgas A1 ‘Trakia Highway’, will run seventy miles to the Turkish border at Edirne. 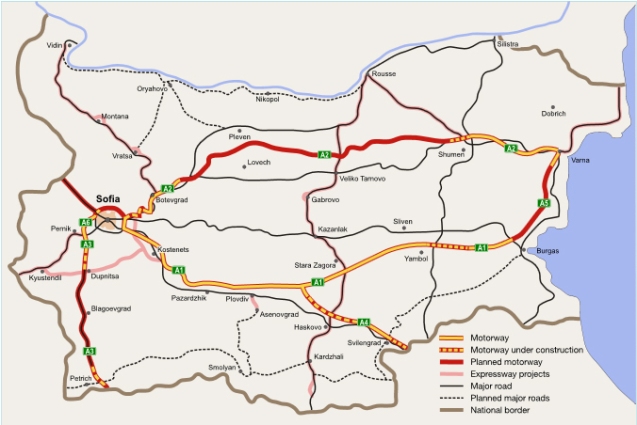 David Cameron sent a message of support on Thursday though the Bulgarian government press office apparently translated it more positively than intended.

Mis-translation was also blamed for an agonising twist in the controversy over Bulgaria joining the Schengen Zone next January. A TV station quoted a Dutch official saying his country had ‘softened its stance on the issue’. The Netherlands is the main objector to Bulgaria joining Schengen. However, another Dutch official later told a newspaper that the situation was actually unchanged. Official visits by yet more Dutch officials this week however are reported to have gone well.

(It was slightly ironic then that two Dutch men – one carrying two gold bars, the other €21,000 in cash – were arrested at the Kalotina border post with Serbia last Friday. Guards said the pair had looked ‘unnecessarily nervous’. The men were driving to Turkey.)

The fall of the Bulgarian government follows a succession of strange incidents. On January 21, an apparent attempt to shoot an ethic Turkish political leader – on live television – was later said to be a hoax after the pistol was found to be loaded with pepper spray (Ahmed Dogan, the supposed victim, was this week publicly accused – by out-going prime minister Boyko Borisovof – of plotting to kill him in 2009. Dogan is reportedly now suing Borisov.)

On February 5, the Bulgarian government formally accused Hezbollah of the July 2012 Burgas bus bombing in which six people died. On February 15 three Palestinian Hamas MPs – the first Hamas representatives ever admitted to the EU – were summarily deported as ‘security risks’.

Interesting times. Does it put you off visiting Bulgaria this year – or make you want to go even more?!

TURKEY: We recommend you follow British embassy staff at your destination (on Twitter, not real life). With their impeccable connections they get to visit some interesting places. Istanbul Consul-General Leigh Turner (@LeighTurnerFCO) gets out and about on a regular basis, like to this motorway service station. That wouldn’t normally qualify as an interesting place, even to us, but then who knew they sold spices? Beats bunches of soggy flowers. Turner also tweeted about the recent re-opening of EU accession talks between France and Turkey, calling it ‘potentially big news’.

Just forty four black spots in Romanian capital Bucharest accounted for 960 accidents in which over 80 people died, 945 were severely injured and another 248 people received milder injuries last year according to reports.

Romania does have a poor road safety record. Malta and Romania are the only European countries where accidents increased in the period 2001-2009 according to European Union Road Federation statistics.

The latest figures available (2009) say Romania came bottom of the list of road fatalities per million inhabitants on 130, compared to first placed UK on 38.

Romanian prime minister Victor Ponta was concerned that the problems in Bulgaria would affect his own country’s application to join Schengen. However, the Irish Ambassador to Bulgaria (Ireland holds the EU presidency for the first six months of this year) said the situation was unlikely to affect either country’s application. Schengen next comes under discussion at the Justice & Home Affairs meeting in Brussels on March 7.

UPDATE 24.02.12: According to Sofia newsagency Novinite, the discussion about Schengen has been removed from the agenda of the March 7 JHA meeting, no reason given.

One thought on “What’s happening in Bulgaria? Road blocks are the least of it.”