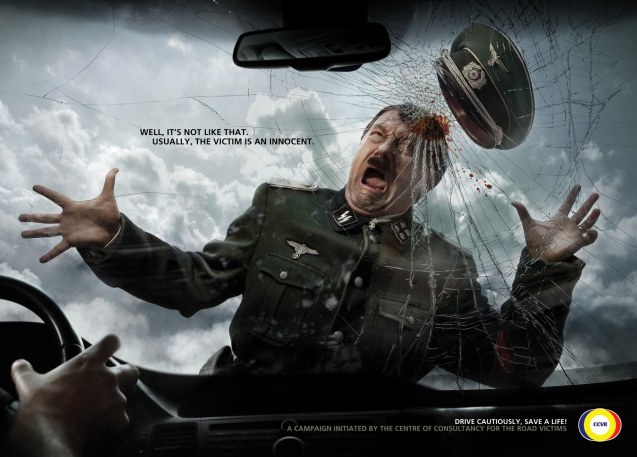 Hitler hit-and-run: This road safety ad by Romanian agency Publicis was actually first released last November but having been presented at this week’s Cannes Lion ‘Festival of Creativity’ is causing controversy all over again. What do you think? Is it thought provoking or merely provoking? Two similar ads in the series feature Stalin and Saddam Hussein.

Read the latest on the storm situation in France here. For how the heat is affecting Italy see here.

Weather in brief – warm though with cloud and rain in north west and south west, getting hot further east and cooler further north. Rain across Alps regions.

Crossing the Channel – Eurotunnel. No other operators currently reporting any delays.

From @Port_of_Dover this afternoon, ‘Here in Dover sea conditions in the Channel are calm with a light Southerly breeze, force 1, and the visibility is moderate.’

Eurotunnel – “Resurfacing works will be taking place in the boarding lanes of the UK Terminal from 17 – 28 June. During this period, there will be no catering or toilet facilities available in this area. Please visit the Victor Hugo Terminal building after you have checked in to make full use of the facilities available there.”

Plymouth Port – Brittany Ferries tweeted earlier – ‘There are road works at the exit from Plymouth port, we have arrangements in place with the City Council to minimise possible delays..’ 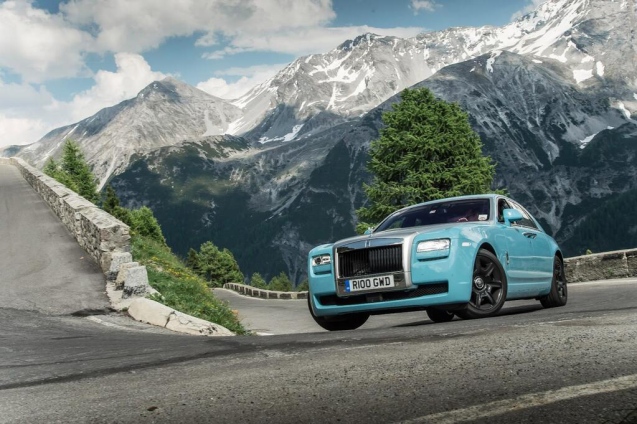 Yesterday was day six of the Rolls-Royce Alpine Trail, in Austria and Italy, from Seefeld to Solda and an afternoon run up the Stelvio Pass. Click the link above for the official blog.

Eurotunnel – the European Commission is accusing Eurotunnel regulator the Intergovernmental Commission (IGC) of overcharging to use the Channel Tunnel. Eurotunnel is distancing itself from the row. Read its response here. See the commission’s charge-sheet here.

Germany – a draft manifesto from the ruling CDU party, lead by Angela Merkel, ahead of elections later this year pledges to spend €25bn on the road network over the next four years.

Meanwhile, the heatwave in Germany is causing concrete carriageways to buckle, up to 50cm in the air. One person has died in an accident caused by the disintegrating roads so far. The problem seems to be limited to southern areas and concrete roads. 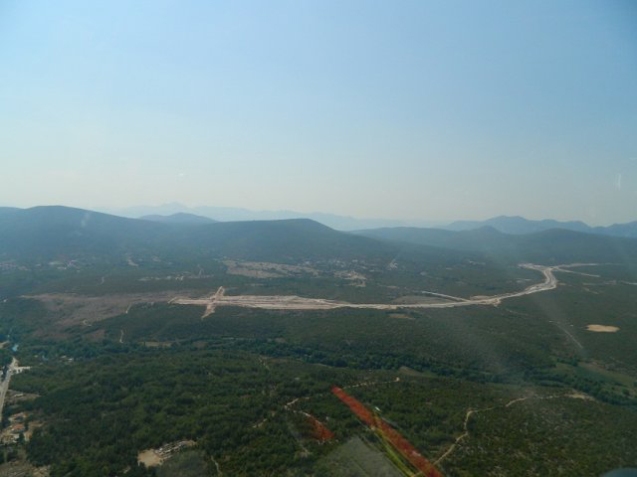 Bosnia – it might only by 5km long but the brand new road between the also brand new international border point at Bijaca and Kravice means speedy access to one of Bosnia’s most spectacular natural attractions: the Kravice Waterfalls. Not much further away is the world’s second most visited Catholic shrine, Medugorje, all in the southernmost part of the country within easy reach of Ploce on the Croatian coast. The new road was finished ahead of time and will open for traffic next week.

Croatia/Bosnia – an agreement governing cross-border traffic between the two countries was finally signed in Brussels yesterday. As late as Tuesday afternoon it looked like the deal might not happen. While of itself it does not solve all the cross-border issues between the two countries as Croatia moves towards accession to the EU on 1 July, it does establish a fresh legal basis on which the solution to these problems can be based.

Belgium – a large scale operation against UK-bound ‘people smuggling’ at a notorious industrial estate in the coastal/border town of Veurne failed to find any illegal immigrants. 53 trucks were searched at the popular refuelling point.

Poland – The venerable Economist publishes a scathing piece on the accident rates in Poland – nearly four times the UK rate for fatalities – as the country embarks upon an ambitious road building programme. No mention of the row over unpaid construction bills we reported on Monday oddly. Prime minister Donald Tusk is ‘not impressed’ by the claims and will not bow to ‘political pressure’ says Reuters.