Weather: Dry for much of central and southern Europe, colder to the north. 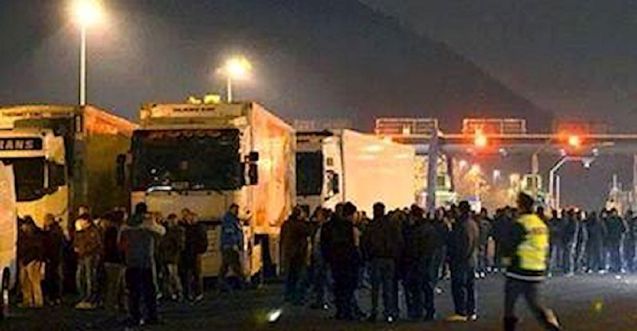 Belluno: Forconi (pitchfork) protestors apparently gathering at Belluno on the A27 in northern Italy this evening. Pic via @ZanellaRina

Disgruntled hauliers and farmers are threatening to ‘paralyse’ the country’s motorway network from midnight tonight (or maybe from 22:00) until midnight Friday. Organised by truckers’ federation Trasportounito and Movimento dei Forconi (Strike of Pitchforks) along the lines of a successful protest last year. The action is now confirmed but the government has put in place measures (see below) to prevent roadblocks, etc.

23:40 – 40 minutes in and there are no obvious signs of trouble – apart from second hand reports of blocks at Pordenone near Venice and Frosinone near Rome – so we’re turning in.

21:00 – @newsfromitaly – www.italychronicles.com – tells us, ‘From what I’m hearing, it’s likely to cause problems. Protests may turn violent too some believe. There are fears that extreme right may hijack protest. The consequences of this are unclear though. And there’s been some panic fuel buying in Turin too. Disruption could affect motorways all over Italy. Foreign truckers may be targeted, as may any trucks trying to move. We’ll see soon enough. Southern Italy may be where worst problems occur. Local police on alert. Protesters not afraid of arrest. The intention seems to be to paralyze motorway network throughout Italy.’

@gatoorson adds, ‘I believe that in the Turin area no trucks will be allowed to travel tomorrow.’

20:40 – the organisers of this protest have larger ambitions than just paralysing the motorway network. Not to be alarmist but the word revolution is being bandied about regularly. 9 Dicembre protestors are anti-politicians, anti-EU, anti-Euro. See this (actually quite cool) video. The idea is also to ‘lay siege’ to city centres.

19:00 – the roads currently look normal for a Sunday evening.

18:00 – a note from Trasporto Europa sets out (in Italian) the ‘rules’ for the strike: it cannot start until 00:00 and there must be no roadblocks or infringements of the Highway Code. The fire department is authorised to intervene to clear roads in ’emergency situations’.

17:00 – a map of the action sites has been published here. Some suggest the strikes will start at 22:00 this evening.

12:15 – @AGI_Italy_news tweets that police have warned protestors not to set up any roadblocks. They face fines of over €10,500.

Meanwhile, @Josephi56240181 posts a news story (Italian only) from Savona near Genoa in north west Italy which suggests support for the strike may be building: ‘Will Italy wake up in the morning paralysed?’

09:00 – hilarious from Sally Milner @DriveAndPray: ‘They could fill in the pot holes if they have #sparetime lovely food & wine tho.’ 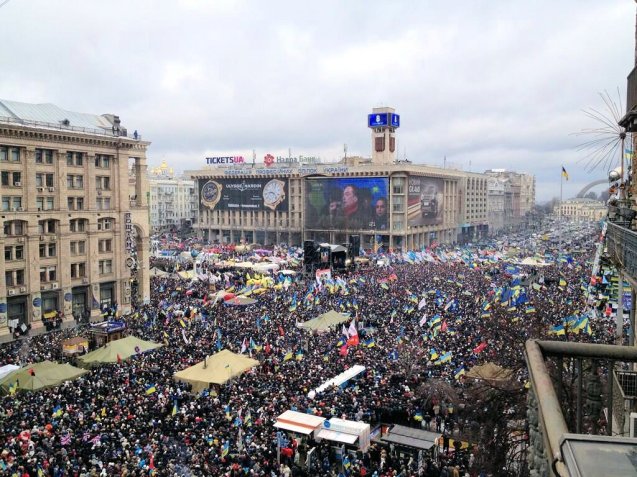 Kiev: needless to say today is not a great day to visit the Ukraine capital, and almost impossible to observe the FCO advice to avoid all demonstrations. Hundreds of thousands of protestors have gathered in the city centre to protest against President Yanukovych deciding at the last minute not to sign an association agreement with the EU. Rumour swirled on Friday evening that instead he has signed up to join the Russia backed Eurasian Union, since denied. British Ambassador to Ukraine @SimonSmithFCO tweeted earlier: ‘Massive crowd already here on Euromaidan + people continuing to pour in. Peaceful, disciplined, civilised, determined: truly impressive.’ Pic via @sergeyponomarev, looking northwest up Kreshchatyk Street to Maidan Nezalezhnosti (Independence Square) on the left. 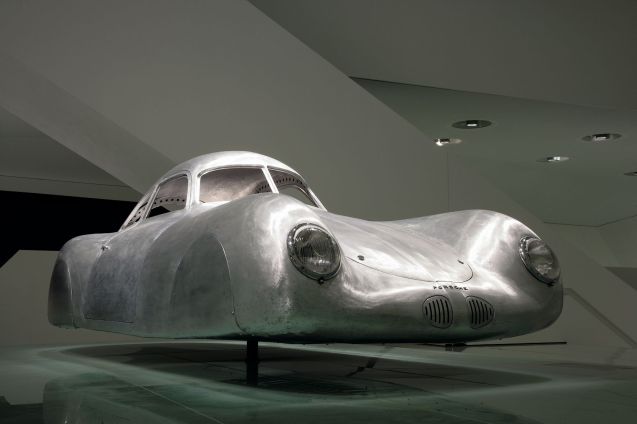 Two million visitors: even if you don’t like cars that much you might still enjoy the Porsche museum at Zuffenhausen, north west Stuttgart. It’s all about attention to detail. The building itself is other-worldly – massive, white and futuristic. The exhibits are sculptural (and some of the colour combinations are fantastic). Take yourself off to the Restaurant Christophorous on the top floor. The view of the 911 factory and busy Porscheplatz is industrial chic but the steaks are cooked on a grill imported from the United States because European ones just don’t get hot enough according to the former (now disgraced) CEO Wendelin Wiedeking. A few weeks ahead of its fifth anniversary the museum celebrates its two millionth visitor. Parking is underneath. Admission is €8/4. Open Tuesday-Sunday, including Boxing Day. See www.porsche.com/museum