TODAY: road tolls on the new A35 motorway direct between Milan and Brescia will be more expensive than the longer A4 Milan-Bergamo-Brescia.

Despite some bad luck, all eyes will be on TEAM Sky at the Tour de France finale this weekend thanks to the Jaguar support vehicles.

This weekend’s traffic report has been moved here.

STEEP TOLLS ON NEW A35 MILAN-BRESCIA

New road cuts distance by a third but hikes by charges by half or more. 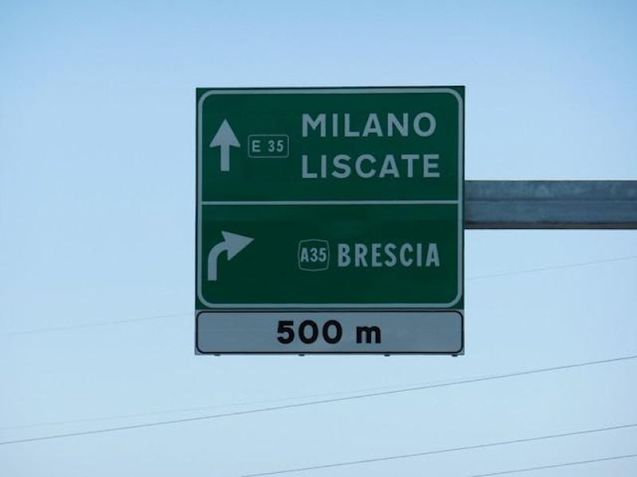 The new A35 BreBeMi motorway had its official unveiling yesterday and opened for regular traffic this morning, five years to the day since the first sod was turned.

It runs direct between Milan and Brescia, shadowing the route of the existing A4 but missing out Bergamo and hence cutting the distance by a third.

Accessing the road from the Milan end is an issue for the time being. Eventually A35 will connect with the A4 in the north and A1 in the south via the still under-construction TEEM east tangential road. Currently only a short stretch of TEEM is open, at the A35 junction, to connect with SP103 into Milan city centre.

At the east end however, BreBeMi meets the A4 just west of Brescia.

For maps – Google hasn’t quite got its act together yet – or to read about the history of the project, and the other large scale motorway plans in northern Italy, see here – or www.BreBeMi.it (or @BreBeMi) for more (Italian only).

UPDATE 25 July: more than 18,000 drivers used the A35 on its first day of operation, far ahead of expectations says BreBeMi. Having analysed the first set of real-life sate, the official journey time is now 38 minutes, end to end. 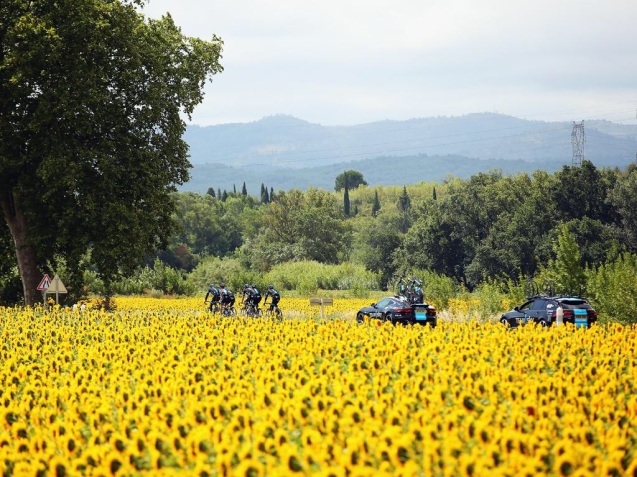 TEAM Sky might be out of contention but the squad will still attract its fair share of attention at this weekend’s Tour de France finale thanks to its booming pair of Jaguar support vehicles. Alongside the five litre V8 XF Sportbreak sits a similarly powered, custom built F-TYPE coupe. The latter features special channels cut into the tailgate – among other things – to accommodate two racing bikes, all designed and built by Jaguar’s new Special Vehicle Operations bespoke outfit. With speeds rarely breaking 60mph both cars are totally over the top but it is this latent power that is so sexy, no?