TODAY: this weekend’s holiday traffic will be heaviest in Dover, Germany and possibly Austria.

Plus, MyFerryLink will appeal the latest competition ruling barring it from Dover, P&O is reviewing its policy on carrying pets after a dog died on board last week, and ferries to Norway are on high security alert after police uncover a terrorist plot.

WEEKEND TRAFFIC: COULD BE WORSE

Fingers crossed for a typical summer Saturday though Germany will be busy and possibly Austria. 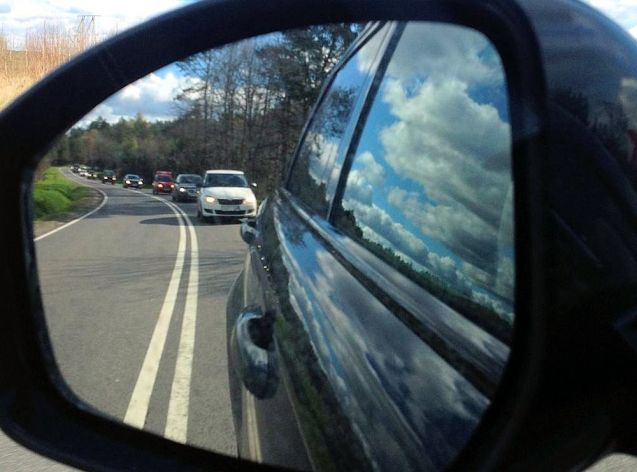 Weekend traffic: undoubtedly bad in places, but hopefully not too bad.

This weekend will be one of the summer’s busiest in Dover. Passengers are being warned to leave plenty of time to clear check-in and, particularly, passport control.

Meanwhile, apart from Germany, absolute carnage is not expected on the roads, certainly not compared with the high days in August. The one complication will be holidaymakers returning home. Up until now just the outbound routes have been busy.

France is traffic level red, one down from the worst, for drivers setting off on Saturday. They mainly head south from Paris, on the A6/A7 via Lyon or A10 via Bordeaux, or west on the A13. The A9 down to the Spanish border is a pinchpoint too. Friday evening heading out and Saturday all day heading home are code orange, another step down again. Sunday will be quiet.

Having said that, the roads have been busier than expected so far this summer so do expect some delays. Also, the Tour de France enters its final weekend, between Bergerac and Perigeaux on Saturday, and Evry (south of Paris) to the Champs Elysee on Sunday. Best avoid these areas.

We’re getting used to the flowery phrases the ADAC uses to describe traffic conditions in Germany. ‘The jams are likely to be even more violent than last weekend,’ it says looking ahead to Saturday.

Friday evening and all day Saturday are likely to see long delays, on all the usual suspects – heading north to the coasts – A1, A7, A20, A24 – south to the mountains and Mediterranean – A3, A5, A7, A8, A9 – and across the border to Austria particularly. Sunday will be quieter.

In addition, the A9 (Berlin-Leipzig) is closed at Dessau northbound for 24 hours from 07:00 Saturday, then southbound until 07:00 Monday.

Every weekend throughout the summer is intensely busy at Switzerland’s A2 Gotthard Tunnel; expect delays of up to two hours southbound from early on Saturday with the focus gradually shifting to northbound.

The long term road works on the H2 Gotthard Pass are suspended for the summer weekends. To avoid the tunnel this way, southbound, come off the A2 ASAP, probably junction 38, Amsteg. Even then be prepared to wait.

A good northbound alternative is the Lukmanier Pass from Biasca. It connects with the H19 Oberalppass at Disentis and drops down to the A2 at the north tunnel entrance. See more here.

Austria has defied prediction so far this year. The weekend before last was very quiet, blamed on World Cup fever. Last weekend only got really busy on the cross border roads, B179 Fernpass from the German A7, and the A95/B2 from Garmisch.

Perhaps this weekend we will finally see the full monte – both of the above plus a crowded A10 southbound Salzburg-Villach, A13 Brenner south to Italy, east-west A14/S16 Bregenz-Innsbruck and A12/A93/A8 Innsbruck-Munich…

In Italy, Saturday will doubtless see long queues from the A1 to A14 at Bologna, direction Rimini, and Sunday evening around the Ligurian coast – A10 to Savona and Genoa, A12 to Genoa from La Spezia and probably also the A11 back to Florence from Via Reggio.

Also, if the weather is good, expect delays on the A10/E40 to Brussels from the Belgian coast on Sunday evening. 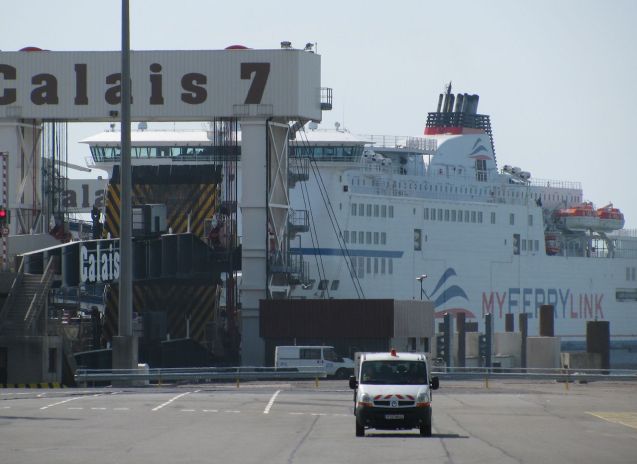 MyFerryLink will appeal the latest ruling from the Competition authority – barring it from Dover – on the same grounds as it – successfully – appealed the previous decision. It maintains the authority has no jurisdiction because the controversial deal with Eurotunnel – whereby the fixed-link operator bought three ships from the former SeaFrance and leased them to MFL – does not ‘effectively constitute’ a merger between the two firms so there is no ‘unfair competition’ case to answer. This comes a few days after Eurotunnel said it would continue to back MyFerryLink despite reporting an overall £8.7m loss for the first six months of 2014 due to its support for the ferry operator… MFL freight traffic grew by 30% but the operator is being held back by a ‘lack of awareness’ among car passengers says Eurotunnel’s CEO. Eurotunnel’s own revenues grew by 8% meanwhile with cars numbers up 5% and trucks up 3%. UPDATE 6 August: MFL’s appeal will be held on 24 November.

roundup: DOVER-CALAIS. P&O is reviewing its policy on carrying certain kinds of dogs after a pug died on one of its Dover-Calais ferries last week. A statement from the company suggests the incident was down to the animal being a ‘brachycephalic breed’, i.e. prone to breathing difficulties. Other dogs in the same car survived. P&O acknowledges that inland weather conditions were ‘oppressively hot and humid’ at the time but says the temperature was lower at sea, the deck was not exposed to the sun and was ventilated by ‘a constant through-flow of cooling fresh air along the entire length’. Sky News presenter @KayBurley is vigorously taking up the issue on behalf of dog loving viewers. NORWAY. Drivers and ferry passengers heading to Norway should be prepared for enhanced border checks after security services uncovered a terrorist plot today. Few details are given except that an attack on an unspecified target is expected on Monday says Copenhagen Post.