Weekly review: Studio Torino comes unstuck in the Arctic. A safety ‘crisis’ on French roads sees a mass of new traffic rules as the government tries to crack down on fat cat motorway operators. Stena Line does a literally incredible job on its Harwich-Hook route. Germany joins a growing list of countries that cannot cope with snow, despite (expensive) ‘winter preparedness’. 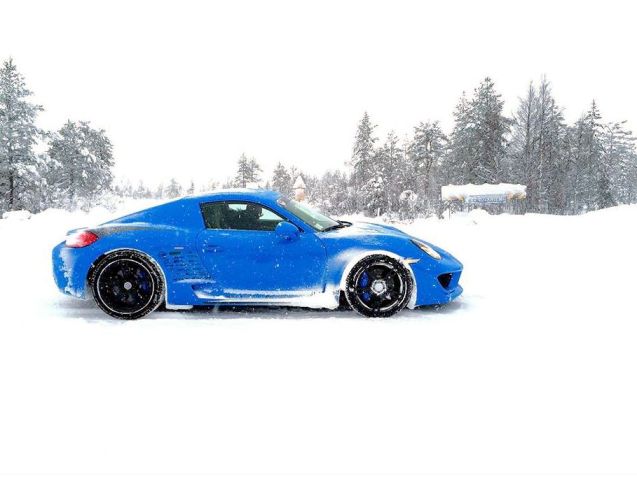 Road trip destination of the week was definitely north Norway. Tesla Model S fan @Widodh drove 3346km to Setermoen from the Netherlands (for free using Tesla superchargers). Meanwhile Studio Torino took its new Moncenisio Cayman-based sportscar to Nordkapp. A detour back through Finland earned a €400 fine for driving at 74kmh in a 50kmh zone. Fines at more than 20kmh over the limit depend on income says @getpalmd. Student @djzanta says the rules incentivise him to go faster..

Never can a success story have played out so badly. Despite the number of fatal road accidents falling by 7.25% between 2012 and 2014 – thus confirming a decade-long downward trend – France has persuaded itself it faces a ‘road safety crisis’.

A major tightening of traffic laws was announced on Monday after figures showed road deaths rose by 3.7% last year compared to (a stellar) 2013.

French roads dominated the headlines in the first half of the week. The emerging saga/scandal of the massive profits made by motorway operators – up to 24% it was revealed late last year – came to a head on Tuesday when the Prime Minister himself halted the annual road toll increase planned for today (1 February) and tasked MPs with either renegotiating the concession contracts, or cancelling them all together.

The motorway companies will not back down. Their preferred way to illustrate their financial returns is to say ‘to take €1 out we need to put €5 in’ (see what they did there?).

Road operators in France aren’t the only ones with juicy margins. Austrian’s state-owned ASFINAG admitted last year it made €400m profit on a €1.3bn turnover.

This is all very interesting in the week that the EU’s new Transport Commissioner let it be known she was working on a new pan-Europe road charging system.

Readers might have thought we were outrageously sucking up to Stena Line on Thursday in making such a big deal about its 100% reliability record on the Harwich-Hook of Holland route.

The thing is, in the transport industry it’s unheard of, and genuinely worth laying on a bit thick.

Watching the snow storm make its way around north and central Europe on Friday was fascinating. One of the immediate ways it manifested itself was in snarled up roads.

Countries that beat themselves up about their inability to cope with wintry weather – UK we mean you – should take time to reflect on the state that Germany got itself into on Friday afternoon (and Finland and Russia before that).

In truth, no country – not those with winter tyre rules, nor those where driving on slippery surfaces is reputedly part of the national DNA – can cope with first snow.

The week ahead: Spanish hauliers are uneasy about plans to shift them onto the motorways despite hefty discounts on the tolls. The top drawer Retro Mobile classic car show and sale kicks off in Paris on Wednesday.