Amsterdam steals a march on emerging Intelligent Transport System (ITS) technology with a new app which diverts drivers different ways around accidents and incidents.

Large scale trial of system which sends some drivers one way, other drivers another. 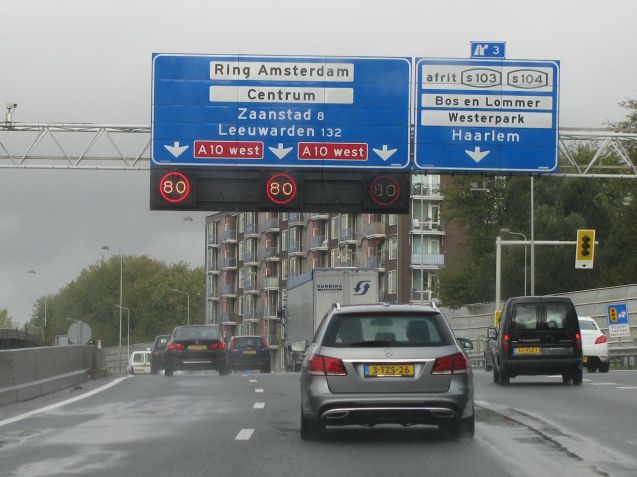 A new ‘dynamic’ traffic app which patches users straight into the city’s real-time traffic management service is being trialled in Amsterdam.

Called ADAM – a sister app EVA guides drivers to events at Amsterdam Arena – the idea is that the system can confidently divert drivers heading for the same traffic jam in different directions to reduce congestion on alternative routes.

The developers – a consortium of national roads manager Rijkswaterstaat, the national VID traffic service and the city council – say, ‘Currently many app builders complain that the information provided by the authorities is too slow and not uniform. ADAM changes all that. This new smart traffic app gives information directly from the traffic control centre. It brings the traffic centre, as it were, inside the car.’

ADAM is aimed at commuters rather than visitors. It’s not a blow-by-blow navigation system as such.

The test area includes the roads inside the A10 ring road and parts of the A9, A4, A1, A2 and Schiphol Airport.

Users pre-load regular journeys and select them with one touch before starting off. They receive updates along the way via their smartphones mounted on a custom dashboard holder to minimise distractions.

They can also post voice messages which, after moderation, will be fed back into the system.

Two thousand drivers have been signed up so far with another 8,000 expected to get involved during the trial which lasts until the summer.

If successful, ADAM will expand to other cities in the Netherlands. After that, maybe it comes to a city near you. 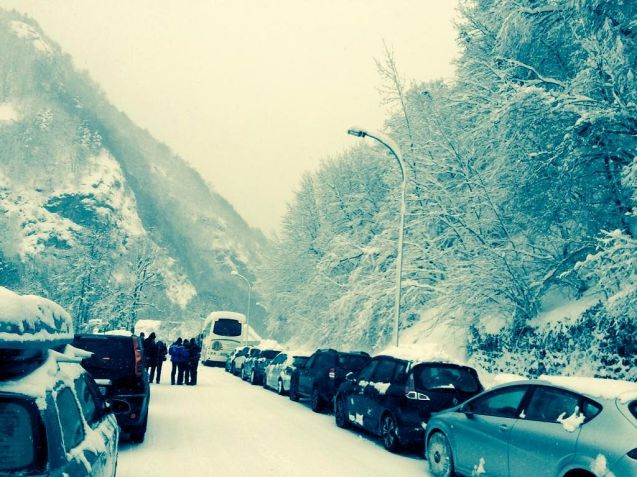 Column – or convoy – driving is quite common in Norway. Divers are prepared to wait, sometimes overnight, for a snowplough escort along hard hit roads. This is the first time we’ve heard of it on mainland Europe however. Snowfall was so heavy in the Pyrenees over the weekend that roads up to many of the resorts were closed. On Sunday afternoon, after checking cars had snow chains on at least the driven wheels, police led a 500 car convoy down from Cautarets and 150 from Gourette. Most roads reopened on Monday morning but with more than a meter of snow expected again this week the possibility of more convoys cannot be ruled out. Photo @SylvieDurruty, Deputy Mayor Bayonne.

roundup: SWITZERLAND. A poor driver stopped to take photos near St Gallen only to see his car roll into a drainage ditch when he left the handbrake off. Let that be a lesson to us all. The man is liable for the full costs of retrieval reports thelocal.ch. SPAIN. A Gibraltar man has died after contracting Legionnaires’ Disease from his homemade windscreen washer fluid. ‘The public is strongly encouraged to use proper screenwash in their cars,’ a local official tells the TheOlivePress.es. BULGARIA. The Maritsa Highway, off the A1 Sofia-Black Sea motorway, down to the Turkish border at Kapitan Andreevo-Edirne on the way to Istanbul, will be completely finished by August reports Novinite.com. The southern section of the 117km road, from Harmanli, is already open. The northern stretch Chirpan-Haskovo could open in June. DOVER. As of Sunday 1 February, freight drivers no longer have to have their vehicles weighed before boarding. The ‘costly and time-consuming’ process has been removed as part of the govt’s ‘red tape challenge’ says Port of Dover. Drivers will however need a weight declaration.