It’s not clear yet whether 2015 was a good or bad year for road safety in Europe but there are certainly some big winners, and big losers. Meanwhile, the UK has a good chance of beating struggling Sweden. 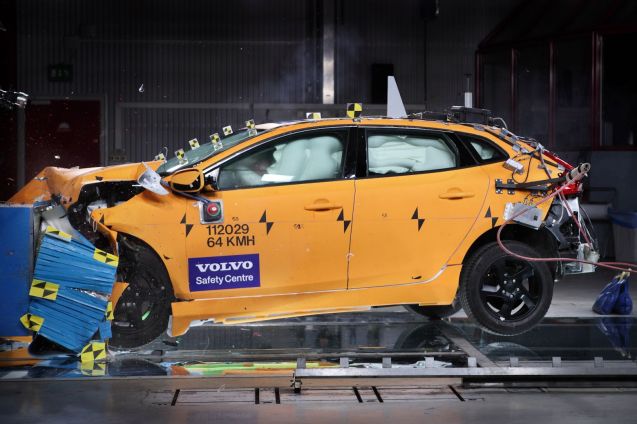 The UNECE United Nations Economic Commission for Europe said last month that Spain, Denmark and the UK were the only EU countries to end 2015 with fewer road accident deaths than 2014.

That’s not strictly true. According to figures published around the Continent, several other countries saw improving road safety last year.

But there were quite a few big losses too. Meanwhile, the competition for the ‘safest roads in Europe’ looks fierce.

Final statistics won’t be ready until late March, including the all-important ‘fatalities per million inhabitants’ also known as the ‘road safety measure’.

Last year’s results were described as ’disappointing’. EU Transport Commissioner Violeta Bulc said the one percent cut in road deaths across Europe served as ‘a wakeup call’ as the rate of improvement slowed.

It’s not clear yet that she’ll have brighter tale to tell this year.

First the bad news. As reported last week, France saw its second successive year of rising road deaths in 2015 after more than a decade of falls.

The French may have some grounds for optimism but not the Belgians.

Along with Luxembourg, Belgium is already one of Western Europe’s outliers with a very below average 64 fatalities per million inhabitants in 2014.

The picture worsened in 2015 as road deaths increased by 4% reports Deredactie.

Harsher punishments for dangerous driving and a new zero tolerance drink driving regime for new drivers have already been announced.

Ironically, considering it is Bulc’s home country, Slovenia is also struggling. Road deaths were up by 11% last year says the Slovenia Times.

This year is off to a bad start too after a 56 vehicle pileup on Saturday afternoon in which at least five people died.

Fatalities were also up 4.4% in Bulgaria last year says Novinite and by 5.6% in the Czech Republic reports Ceske Noviny.

However there is plenty of good news around. Road deaths fell by 0.8% in Portugal according to The Portugal News.

In Norway – not an EU member – fatalities fell by 15% to the lowest number since 1950 says national roads manager Vegvesen.

No full year figures are available yet for Greece but October’s numbers reported in December by Ekathimerini showed a year-on-year drop of 26.7%, and a monthly fall of 8.3%.

No final figures are available yet for Denmark either but before Christmas, The Local Denmark said the country was expecting a record low.

This is interesting because, at 33 fatalities per million inhabitants, Denmark is a contender for ‘safest roads in Europe (and the world)’, four points behind last year’s leader.

Similarly in Spain where road deaths hit an historic low in 2015, down one percent. It was the twelfth successive year of falls and lowest since records began in 1960.

The real battle however is between the UK and Sweden, both tied at 29 fatalities per million inhabitants in 2014. If the UK did see a decline in road deaths last year it is in a strong position.

Despite selling its ‘Vision Zero’ road safety message around the world – including, strangely, in the UK – Sweden has also struggled.