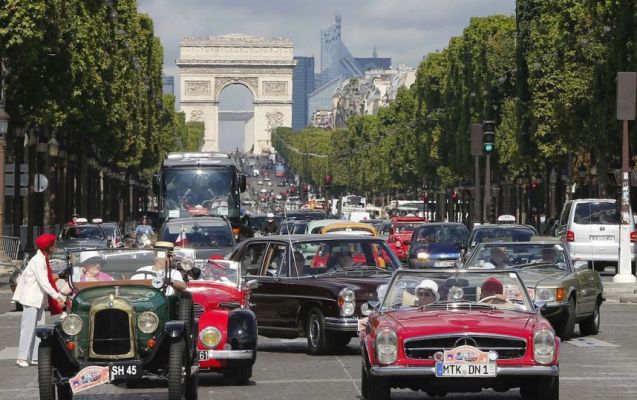 The measure affects 870,000 cars claims the group with each vehicle losing an average €1250 in value thanks to the new rules (making a grand total of €1.08 billion).

‘To counter this socially unjust measure and the financial penalty, we initiate a collective action to seek compensation for motorists affected by these bans,’ says Pierre Chasseray from 40 Millions d’Automobilistes.

Drivers are invited to sign a petition addressed to Paris mayor Anne Hidalgo.

Deputy mayor Christophe Najdovski, responsible for transport, said on Twitter that, ‘Some want an unconditional right to pollute, we want the right to breathe healthy air.’

That poorer drivers should shoulder the burden of cleaning Paris air is a sensitive issue.

The national government’s serially delayed system of ‘pastille’ environmental car stickers does not correspond to Paris’ own vehicle classes due to fears of ‘stigmatisation‘.

Meanwhile, whether some more recent historic vehicles will be exempt is still unclear. 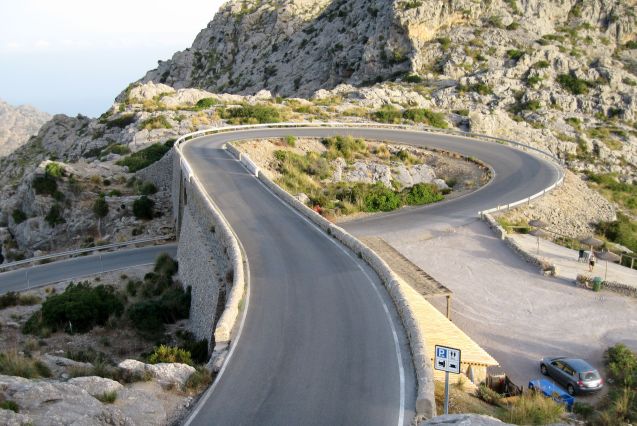 The smaller Balearic Islands could ban cars this summer in a bid to limit overcrowding. The four islands have a combined population of 1.1 million but expect 13.5 million visitors this year as tourists shy away from terrorist-hit spots reports The Guardian. The smallest island, Formentera, crams in 20,000 cars at the busiest time despite being just 19km long. There are 22 different ferry routes across the islands from three ports on the Spanish mainland according to Direct Ferries. Quite what the operators make of the situation remains to be seen. Thankfully not included in the ban is the largest island, Mallorca, home of Ma-2141 Col de Cal Reis, aka ‘Sa Calobra’, EVO magazine’s ‘Greatest Driving Road in the World?’ Designed by Italian engineer Antonio Parietti, hand built, without the need for tunnels, through the Tramontana mountains, it opened in 1932. Like the other EVO-recommended road Ma-2210 to Cap Formentor – both in the north west – it is a dead end. The 6h30 sailing from Barcelona costs from around €300 return. Photo Wikipedia.

roundup: ELECTRIC CARS. Interesting statistics contained in this week’s EU Transport newsletter: the highest number of recharging points is found in: the Netherlands (18,800), France (10,600) and the UK (9,300). Meanwhile, the highest market share of new electric vehicles was registered in the Netherlands (10%), Sweden (2.5%), Denmark (2.4%), France (1.2%) and the UK (1%). The figures for Norway will be higher all round, but it is not in the EU. CROSSING THE CHANNEL. Like Eurotunnel, Dover-Calais-Dunkirk operator DFDS has reported ‘strong’ first quarter results. Passengers and freight both grew by 36 percent on the Channel. The firm deployed two new ships to the route – though an existing ferry was returned to charter – meaning three ships on each leg. The healthy results also reflect the demise of Dover-Calais operator MyFerryLink last year. Excluding the Channel, the DFDS route network carried 5% higher freight volumes and 2% more passengers.