There has been some significant progress on the two major roads in the French Alps shut by rock falls, but it will still be some time before both are back to full operation. 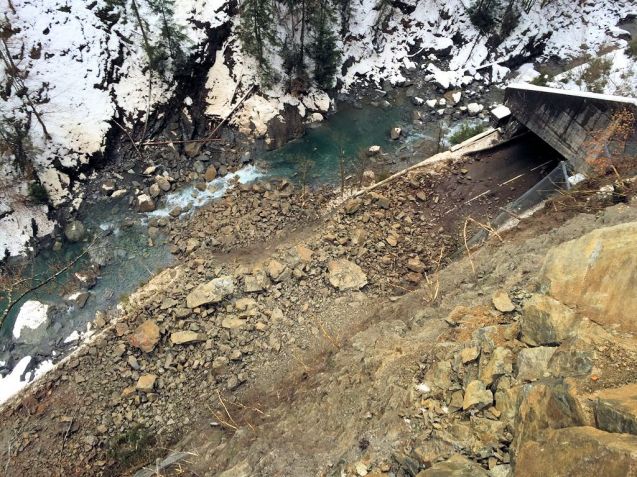 There are still two places with ‘alternate traffic’, one-way sections controlled with traffic lights, at the Panissière and Mont Gombert (see more at Savoie-Route.fr).

But the restored route still saves considerable time over the fiddly, parallel D109 through Hery or, for vehicles 19t+, the 120km drag via Annecy and the A40.

Meanwhile, progress is much slower on reopening the D1091 between Grenoble and Briancon.

It shut at Lake Chambon last April after a massive rock fall destabilised the tunnel.

A temporary road has been open for some time on the opposite side of the lake but, without barriers on a very narrow road, it is not recommended for those of a nervous disposition, or for through traffic in a hurry since queues are commonplace, especially on busy days.

Vehicles larger than 3.5t are not allowed anyway.

The full fat deviation is the A41-A43 via Frejus Tunnel. For drivers staying in Briancon, the €43.50 toll at Frejus is reduced to €16 by the Serre Chevalier tourist information office.

It was announced this week that the D1091 Grenoble-Briançon road should reopen permanently at the end of 2017, after the completion of a new bypass tunnel, though it could open this December to local traffic (see more at Hautes Alps traffic). 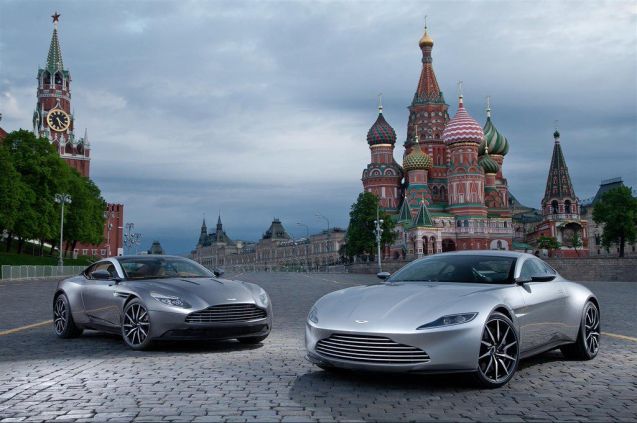 Aston Martin flew over its new DB11 and the James Bond DB10 to mark the opening today of its first dealership in Russia, on Moscow’s dealer mile Volgogradsky Prospekt south east of the city centre. Photo @AstonMartin

roundup: SWITZERLAND. Swiss police are notoriously hot on speeding. A competitor on the 2013 Cannonball 2000 rally was fined £8500 for driving at 195kmh in a 120kmh zone (and only got away with having his Ferrari California confiscated after proving it didn’t, strictly speaking, belong to him). But Swiss bobbies are absolutely out-doing themselves now with an apparently new strictly zero tolerance approach. @CyclingAlps said on Twitter this week, ‘God Bless the Swiss, another 1 (one) kmh over the limit speeding ticket.’ Lithuania police hauled in a handy crop of speeders during the recent 24hr ‘Speed Blitz’ with a zero tolerance policy, but this is the first time we’ve heard it deployed in general. Meanwhile, after complaints by residents in Thurgau, south of Bodensee, police stopped fifty out of 189 cars on an unnamed Dutch classic car rally last week for going ‘massively too fast’ reports Limmerttaler Zeitung. FRANCE. Road safety continues to yo-yo. Road deaths fell by 5 percent last month (compared to April 2015). All other indicators such as injuries and hospitalisations fell too according to Securite Routiere. It follows a rise in fatalities of 14.2 percent in March. So far this year road deaths are up 2.1% versus the first four months of last year – though that is down from the 3.3 percent overall increase for the first quarter. France is battling two consecutive years of rising road deaths after more than a decade of falls. Its road safety measure in 2015 was 54 road deaths per million inhabitants compared to the EU average of 51.5. Also, police have appealed for witnesses following the shooting on the A16 near Dunkirk early last Thursday. Two alleged people smugglers were injured in the incident after being pursued by Belgian police from Bruges. A Dutch motorbike rider was killed after crashing into the back of the subsequent traffic jam. Anyone who saw what happened should contact Police Nationale.