Has everything drivers want says science, but very hard for Brits to get to. 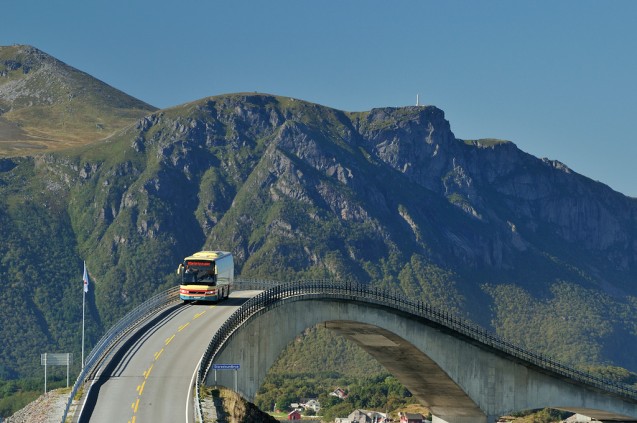 The issue for UK drivers is getting to Norway since there is no ferry to Scandinavia – though hopes are high of a new route soon.

By chance, @Fletchdale is in Norway at the moment (and has taken some fantastic pictures).

He caught the ferry to Oslo from Kiel in northern Germany.

There are also ferries from northern Denmark, or head the long way via the Oresund Link and Sweden (see more on driving to Norway).

The other option is to catch the DFDS freight ferry to Norway from the UK though this is not the luxury option (read a review).

Atlantic Road – known as route 64 Atlanterhavsvegen locally – runs for 36km just west of Kristiansund in south west Norway and is one of 18 official Tourist Routes. See more at NasjonaleTuristveger.no 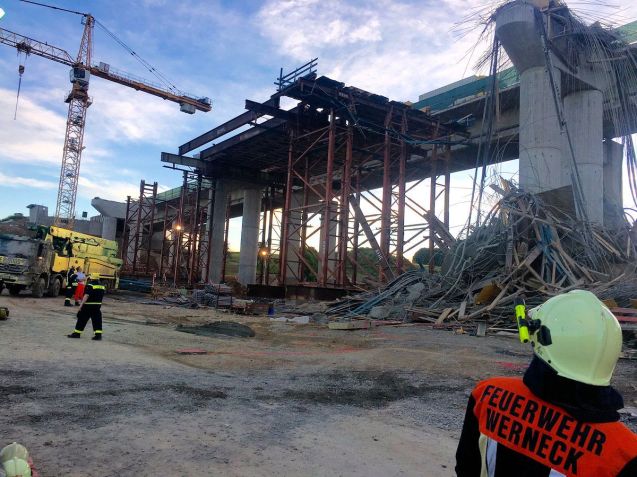 A horrifying accident today as an under-construction bridge on the A7 autobahn north of Wurzburg collapsed killing two workmen and seriously injured six others. Around 40 meters of the bridge at Schraudenbach near Werneck fell onto the local road below, along with a scaffold. It is not clear what caused the accident. The new structure was being built alongside the existing 50 year old bridge, part of Germany’s wholesale bridge infrastructure programme as it attempts to reverse decades of under investment. Photo @DoroBaer.

roundup: a driver in Spain was fined €6000 for installing a ‘radar inhibitor’, concealed in the front bumper, says national roads manager @DGTes… Germany’s motoring club ADAC says the upcoming Paris old car ban will apply to foreign vehicles. That is not something we have been able to establish so far despite best efforts. From 1 July, all cars registered before 1 January 1997, and all motorbikes before 1 June 2000, will be banned from the area inside the BP Boulevard Peripherique during day time weekdays with fines starting from 1 September 2016… amazingly Turkey accounted for almost half of global infrastructure investment in 2015 according to the World Bank reports Hurriyet Daily News. The Euro-Asian country took $44.7 billion out of €111.6 billion in total. Most of it went on a new airport in Istanbul but $6.4 billion was spent on the new west coast Istanbul-Izmir motorway, including a massive new bridge, which will cut the current 9 hour journey by two thirds… a (rich) new Berlin think tank – a sister group to the one which dominated Germany’s recent renewable anti-nuclear ‘energy transition’ – is tasked with cutting CO2 emissions from transport. With ‘few exceptions’ Agora Verkehrswende wants all new cars sold in ‘about’ twenty years to be electric says Handelsblatt, an ambition backed up by the (Green party) minister responsible for energy. Tesla shares allegedly rose 1 percent on the back of the news… today is the first day of a twelve month experiment to cut the speed limit on the A7 at Valence, southern France, down to 90kmh in an effort to improve air quality reports VINCI Autoroutes. The motorway – between Lyon and Avignon – runs alongside the River Rhone through the city centre. The limit is cut to 110kmh on the southbound approach then 90kmh for 6km though the city. Up to 70,000 vehicles use this stretch each day. Pollution – and speeds – will be monitored continuously… the landslide-prone SS51 Alemagna State Road in the Dolomites, on the approach to glamorous resort Cortina d’Ampezzo at Acquabona, has been cut off yet again. Early doors drivers today found rocks strewn across the road. SS51 saw three landslides last year, all without major injury though one driver only escaped after climbing a tree. The road is said to be particularly vulnerable thanks to illegal building which removed natural cover. It’s not clear when it may reopen though there is a local diversion according to Corriere della Alpi…